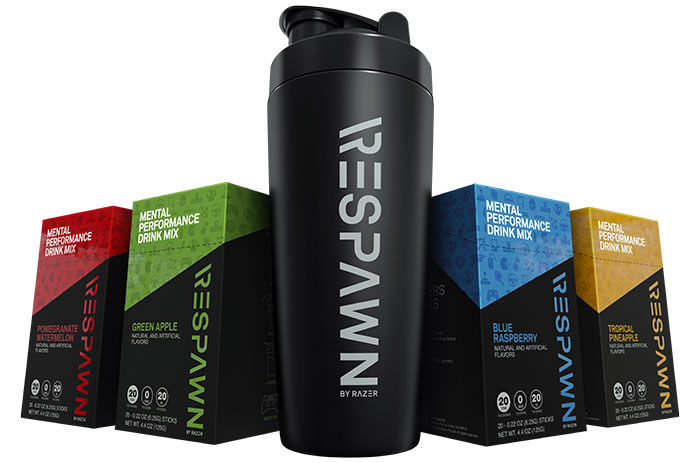 Fans of the gaming lifestyle company have consistently pestered it for a gamers' energy drink. The same folks might for a moment have thought their prayers had been answered on 1st April 2010 when the Razer Project Venom energy drink became a viral sensation. Similarly, the April 1st moon-shoot electric toaster idea went from fantasy to production line plans with the Razer Toaster, AKA Project Breadwinner, this May.

After some research into the energy drinks market, Razer concluded that existing formulations were mostly "directed at providing more physical energy, and so resulted in physical crashes after the intense energy-high, as opposed to being more focused on the mental alertness that is required of esports athletes and gamers." Thus it took some considerable time and investment into a dedicated R&D team to make the new Respawn drink without the drawbacks of high contents of sugar or taurine that commonly feature in energy drinks. 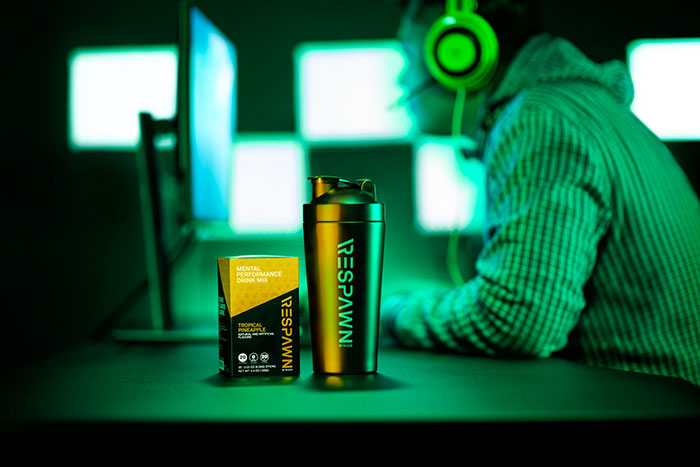 Ingredients featuring in the sugar-free Respawn by Razer drinks include; green tea extract, choline, B vitamins, and 95mg of caffeine. Rather than a fully hydrated beverage, Respawn by Razer comes in sachets which you mix with water yourself in the optional dual insulated matte black stainless-steel Respawn Shaker Cup (20oz / 590ml).

About Respawn by Razer

Respawn by Razer is available immediately via RazerStore.com and will soon be available via Amazon too.

Friesiansam
Right, keep yourself on a caffeine high all evening and into the early hours, then you can't sleep. Next morning fall asleep, at school, driving to work, at work, delete as appropriate…

You say this like you think people don't already do the exact the same thing. Caffeine-fueled all-nighters have been a gamer staple for pretty much as long as there have been games.
Posted by shaithis - Tue 11 Jun 2019 13:18
RGB edition?