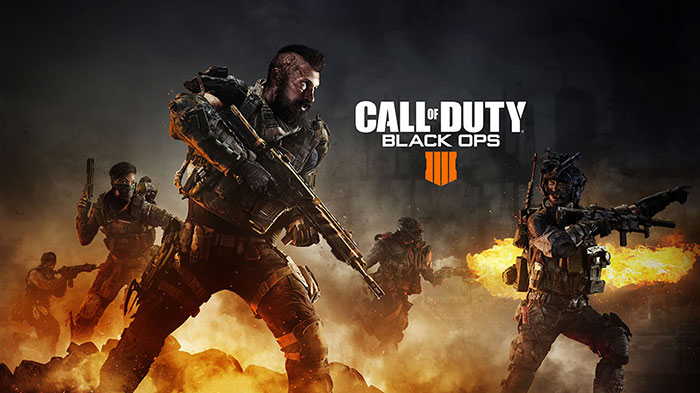 On PC, Call of Duty: Black Ops 4 was released exclusively via Battle.net. Activision says that this was a success too - as it shifted more than double the launch day numbers of Call of Duty: WWII, which was available on Steam. Across all platforms the new game delivered an increase in connected online players over the first day of Call of Duty: WWII, however Activision did not provide any details about how dramatic this increase was. Furthermore, Activision didn't share any unit sales numbers, physical or digital, for Black Ops 4 - but that is in keeping with modern games industry practices.

"Black Ops 4 is an incredible game, and the community's response to it has been amazing. We have shattered multiple digital day one sales records, and the number of people who connected online on day one to play has grown year on year," said Rob Kostich, EVP and GM, Call of Duty. Kostich went on to cite the key attractions of Black Ops 4 as its Multiplayer, Zombies and Blackout (the new Battle Royale mode) modes.

Let's not get physical

Looking at sales data via GamesIndustry.Biz provides further illumination regarding the latest CoD launch, especially with regard to UK sales numbers. Taking a different tack, the magazine headlined its story to highlight the downturn in physical games sales. GamesIndustry.Biz says that the new Call of Duty: Black Ops 4 saw its lowest physical sales numbers in 11 years.

With this being an early launch for the CoD franchise (they usually pop out in November) there could still be good physical sales and bundle sales to look forward to in the Xmas run-up. If fans take to the game and its new modes it could do well from here but it will face strong competition with the impending releases of Battlefield V, Red Dead Redemption 2, and Fallout 76.

Posted by EvilCycle - Mon 15 Oct 2018 12:53
I played the beta of the blackout mode, it wasn't bad to be honest, but the use of battlenet lost them a sale here. It took me nearly an hour just to figure out that there was a client to be installed to download the game, there was no mention of it anywhere when inputting the codes etc. so all in all it was a very frustrating experience of bouncing between blizzard and activision sites with nothing pointing me in the right direction.

Plus between this, steam, origin, Microsoft store, uplay and the epic launcher (Whew.) - I am starting to get very tired of all these different clients and I am generally starting to say to myself, “if it isn't on steam it isn't getting bought”.
Posted by cheesemp - Mon 15 Oct 2018 13:33
I must be getting old (in gaming terms). This didn't interest me in the slightest. No steam, no single player - no thanks. I guess I'm not the target market…
Posted by Bagpuss - Mon 15 Oct 2018 14:05
Yuk!…a game that will be populated by obnoxious, greasy little 17yr old virgins, shouting trash talk down the mic.

EvilCycle
Plus between this, steam, origin, Microsoft store, uplay and the epic launcher (Whew.) - I am starting to get very tired of all these different clients and I am generally starting to say to myself, “if it isn't on steam it isn't getting bought”.

cheesemp
No steam, no single player - no thanks.

Troopa
Not on steam, no sale

I quite agree. The sooner a single storefront has a total monopoly on selling PC games the better. I can't see any possible downsides to that scenario at all.