Starting with the news about the Sony developer, Phoronix spotted a LinkedIn profile for Sony's Simon Pilgrim who has been working on "some tuning for the AMD Ryzen 'znver1' microarchitecture support within the LLVM compiler stack". This AMD Zen processor specific optimisation development activity has been going on for at least the last two weeks.

In its conclusion, the source site suggests that "it wouldn't be too surprising if the PlayStation 5 is powered by a Ryzen CPU/APU". Furthermore, the PlayStation 5 should be with us within the next year or two.

In a Sony Corporate Strategy Meeting yesterday the PlayStation boss John Kodera said that the PS4 is "entering final phase of its life cycle," according to Wall Street Journal reporter Takashi Mochizuki. Sony management hopes that subscription services such as PlayStation Plus may help offset any decline in hardware sales. Meanwhile the firm must be some way along in getting ready for the next generation, of course. 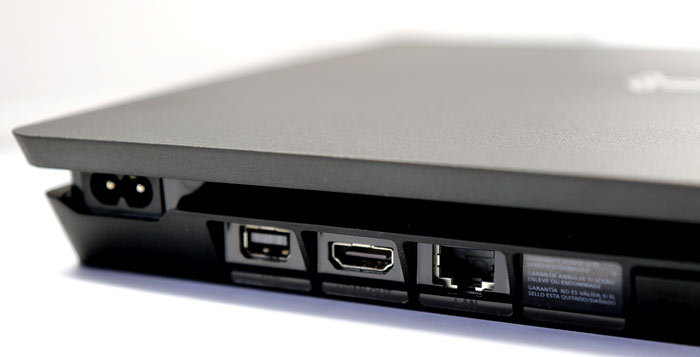 In subsequent Tweets, just a couple of hours ago, the WSJ reporter has reeled back on some of the 'final phase' impressions with regard to the PS4. The latest WSJ story features Kodura assuring gamers that the next PlayStation is three or more years away from release. To me the new story sounds a little like cover for the earlier statement which might put people off buying into the PS4 from now.

ETR316
Up coming NIVIDA would have been the better choice. imo

To make it harder for Nintendo to make a traditional STB style console again is the only reason I can think of, given the Switch is an Nvidia chip so an updated Nvidia SoC could use the existing Nintendo development ecosystem.

For Sony or MS, it would mean a switch from AMD64 to ARM instruction set as well as the switch from AMD to Nvidia graphics cores, and whilst Jaguar would have been fair game I haven't heard of Nvidia making a CPU as fast as Ryzen.
Posted by Tabbykatze - Thu 24 May 2018 12:09

ETR316
Up coming NIVIDA would have been the better choice. imo

Seeing as you know next to nothing about the upcoming Nvidia hardware like the rest of us, that's a pretty broad claim. Additionally, Sony/MS would want to stay within the AMD ecosphere so they don't have to rearchitect everything from scratch again and they will be able to do backwards compatibility easily if they stay with AMD. Lastly, they get CPU+GPU from AMD, which far outstrips the Shield technology from Nvidia (except in power consumption), rather than having to settle for sub-par/multiple vendors.

Tabbykatze
Lastly, they get CPU+GPU from AMD, which far outstrips the Shield technology from Nvidia (except in power consumption),

I think if you put a Xavier into a console it wouldn't be at all bad. Nvidia ARM designs aren't slow, the die size at 14nm is the same as a PS4 used at 28nm so crams a lot of transistors, and that is an awfully wide RAM interface it has.

So whilst I agree it doesn't make sense for Sony to use an Nvidia SoC, someone probably will once the orders from car makers for self driving cars fall apart (like they did for car entertainment systems and phones before then, Nvidia always find a way to hack off manufacturers).