Ubisoft has begun to offer a scaled back version of its For Honor melee fighter title exclusively for PC gamers. The new For Honor PC Starter Edition is being offered at $14.99 (£11.99 in the UK, and 14.99 Euros). Ubisoft is still selling the Standard Edition on PC for a whopping $59.99 / £49.99, so what snips have been made to formulate the 'bargain priced' Starter Edition? 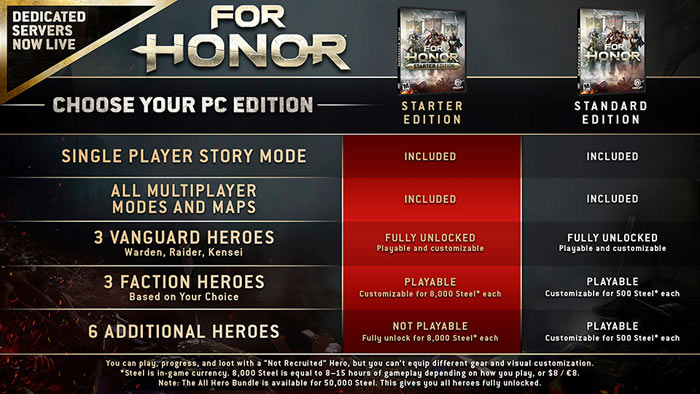 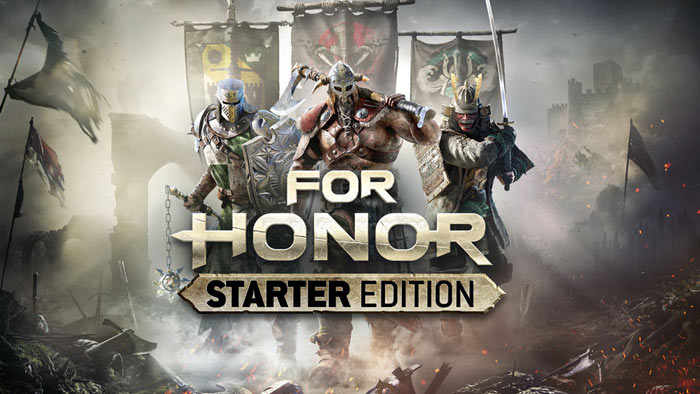 If you enjoy the Starter Edition and want to purchase an equivalent of the Standard Edition in one transaction you will need to shell out for the 'All Hero Bundle' for 50,000 Steel. While you can earn Steel in the game, by all accounts it would be a significant 'grind' to scrape together 50,000 of this in-game currency. Some might be tempted to buy Steel for cash and for this quantity it will cost you $40 (or £32 in the UK).

This isn't the first time that Ubisoft has punted a Starter Edition. The Rainbow Six Siege Starter Edition (£11.99) launched this January with a similar scheme involving the in-game-earned 'Renown' or purchased 'R6 Credits'.

Posted by Iota - Thu 15 Mar 2018 20:43
Considering this came out ages ago, it should have come down in price. I certainly wouldn't entertain buying the “starter edition” and still having to play catch up with other players to be on par with them, especially through paying for the in-game currency which has already seen its fair share of controversy.
Posted by blokeinkent - Thu 15 Mar 2018 22:23
I'm sure the standard PC edition is only £20 on cdkeys anyway