Yesterday HEXUS reported on the LG Wing smartphone with 90 degree swivel mode second screen. This wasn't just a concept or flight of fancy but will be shipping as a finished product starting next month in LG's home country, with rollout to North America and Europe planned for later.

The LG Wing was the first of a series of devices under the umbrella of LG's Explorer Project. It looks like LG is gambling on one of the upcoming devices becoming very popular and helping to rake back the R&D and machining costs that must be piling up. It remains to be seem whether the LG Wing is a surprise runaway success, but while we wait LG is already teasing a second Explorer Project - an unnamed smartphone with a rollable display.

If you want to see the teaser for the upcoming LG rollable, start the above video and head on over to very near the end - after 32 mins 34 sec (or click that link). What you will see is a slab type phone extend, contract, then extend again much further, before rotating from being flat on a desk to its screen 'blinding' the camera. After that image fades away, LG asks the viewer to "hold your breath". 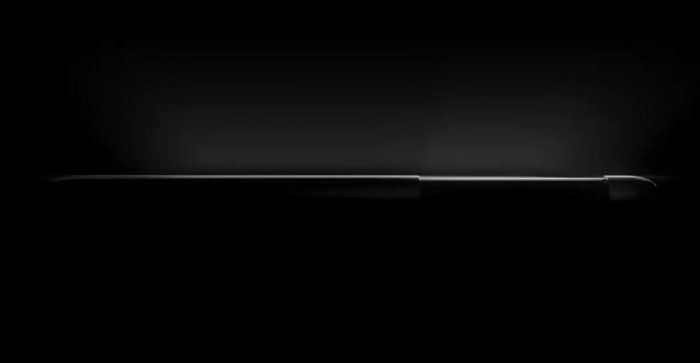 LG has expertise in making roll-up OLED TVs, and there are signs that Samsung and Sharp are looking at the same kinds of technologies. In the smartphone market Chinese display maker TCL showed off a number of concepts back in May; a foldable, a Z-fold design, and a rollable (or scrollable) design. A hands-on video showed TCL's design being quite appealing - 9mm thick and no apparent creasing on the screen. Furthermore, it said it was working on micro-motors to auto roll out the display at your bidding. It will be interesting to see if LG's tech is more refined - as it would probably be more expensive.

HEXUS
LG has expertise in making roll-up OLED TVs, and there are signs that Samsung and Sharp are looking at the same kinds of technologies.

People have been looking at this for decades. I'm pretty sure I've said as much a few years ago on this very forum, while bemoaning the fact that we keep getting proof of concept models (I saw several at tech expos during the early 90s ) but never anything on the market.
Posted by Friesiansam - Fri 18 Sep 2020 11:15
And, the search for the next must-have, pointless, mobile phone gimmick continues.