LG officially launched the LG Wing smartphone at a live streamed event from South Korea. This announcement wasn't totally out of the blue as we saw a leaked video of the LG Wing in action last month. Now, with the official announcement we have LG persuading us that the form factor is a winner, the reveal of the device's full tech specs, some rough availability dates, but unfortunately no pricing as yet.

Of course the USP of the LG Wing is that swivelling display mechanism and how it is supported by the phone's OS. According to LG, the "hidden second screen offers a next-level user experience". In swivel mode the front face of the phone rotates 90 degrees to reveal a 3.9 inch Second Screen. This second screen is useful for hosting controls for action on the main screen, text input, or other multi-tasking. 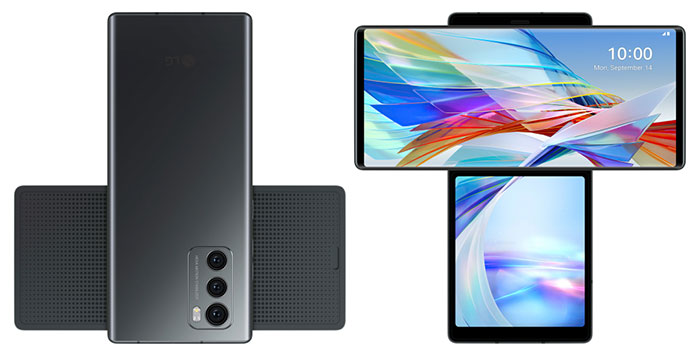 LG has worked closely with various app developers to make sure the second screen is more useful and you will find it plays nicely with YouTube, Tubi, and the pre-installed Naver Whale browser. Even if there are no special app tweaks for the LG Wing users can still use the second screen in useful ways - and Multi App feature lets you store app combos to utilise the twin displays.

LG has also put some time and effort in making the LG Wing appeal to smartphonographers. For example, the device has three rear cameras; a 64MP Ultra High Resolution OIS Wide, 12MP Ultra Wide Big Pixel and 13MP Wide shooter. Dual mode capture (front and back simultaneous pictures/video), is available too. A highlight of the camera functionality is the Gimbal Motion Camera, claimed to be the world’s first in a smartphone. In this mode you get smooth and steady video using the second screen joystick, lock, follow and pan modes. 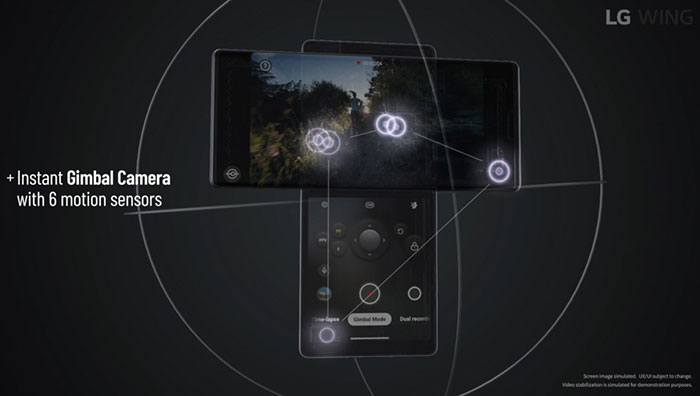 Particularly important in the world of foldables and mechanically transforming devices is the durability of the mechanisms and hinges etc. The 90 degree rotation mechanism is rated for 200,000 swivels but unlike many foldables you don't need to use the mechanism to use this device unless you feel a particular need. The extra screen and mechanism means that the LG Wing is a bit heavier than a standard phone slab at 260g. 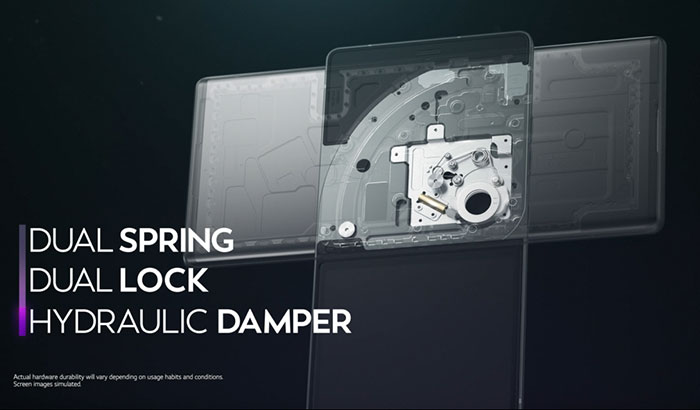 The LG Wing launches in South Korea in October, followed by key markets in North America and Europe. We don't have any indicative pricing as yet. 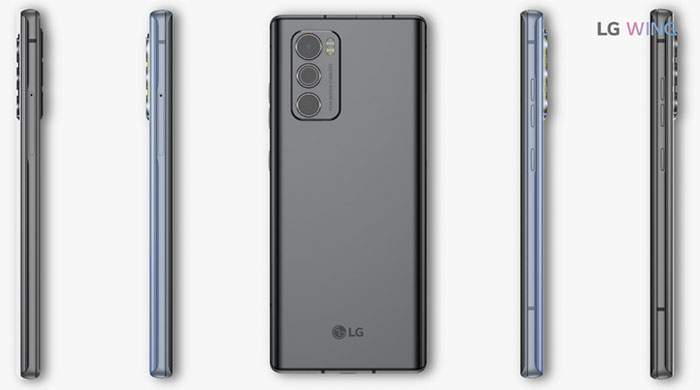 Ttaskmaster
OK, I could see how that would have some uses…. Mainly gaming and camera work, I imagine.

Can see someone like Razer or Asus being all over this for a gaming phone
Posted by Ttaskmaster - Wed 16 Sep 2020 15:05

Nah, they already have their slice of the market, and the latter certainly is making more money by flogging the range of accessory peripherals that go with it. I think Linus did a video that showcased every single one of them… it was insane!
Posted by 3dcandy - Wed 16 Sep 2020 18:07
Gimbal camera…. that's my DJI Osmo redundant then lol
Posted by Xlucine - Wed 16 Sep 2020 22:36
All that and a pop-up selfie cam! I could use the navigation&music pairing, but that one use case isn't enough to justify a whole phone for me

Ttaskmaster
OK, I could see how that would have some uses…. Mainly gaming and camera work, I imagine.

The use case shown with the map on the top screen looks handy, but it also looks like it'll need games to support it