Samsung launched its new range of flagship Galaxy S smartphones at its Unpacked 2020 event last night. As expected the range jumped from S10 to S20, neatly signifying the year of their introduction, and it would be good if Samsung would stick to this scheme from now on. Headlining news about the new Samsung Galaxy S20 range is that it is the firm's first full 5G flagship lineup. The range all have slightly bigger screens with 120Hz support, and smaller bezels, and have moved to the Infinity O centred cutout screen type, processors are all 7nm octa-core SoCs, battery capacities have been bumped, and cameras have been improved across the range. On the negative side, the starting prices of the Galaxy S20, S20+ and S20 Ultra 5G go from $999, to $1,199, to $1,399, and the 3.5mm headphone jack has been banished. 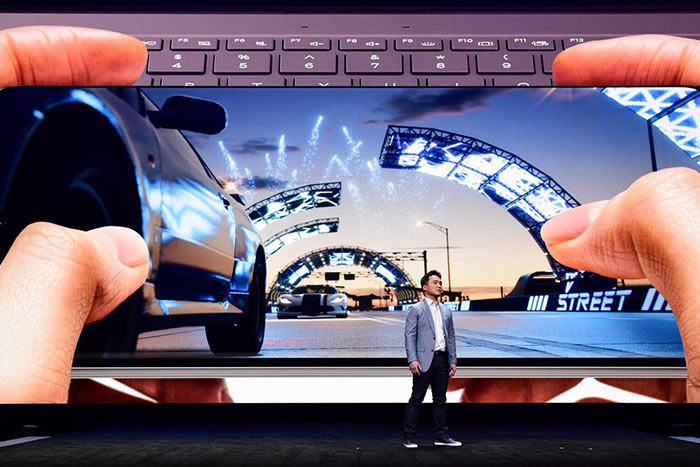 As I mentioned above, the screens have been enlarged across the range, and the 'O' cutout has moved from the upper right to the centre. It is best to represent this screen and physical dimension data in a table, as below: 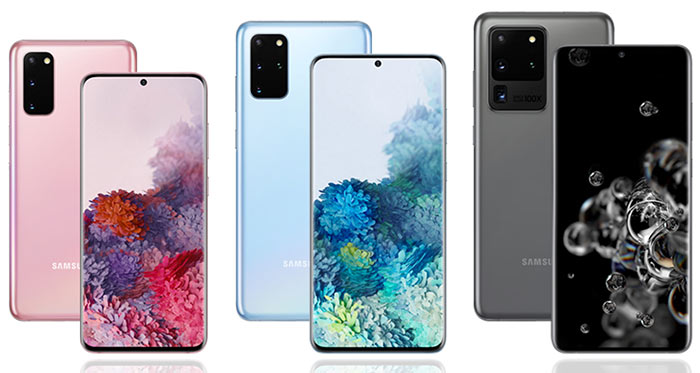 Camera improvements are usually watched keenly by Samsung flagship buyers and there have been significant changes in this department. All the cameras have a resolution boost; the Galaxy S20 and S20+ have a 64MP camera, while the S20 Ultra has 108MP camera. The top of the range S20 Ultra introduces nona-binning technology for enhanced 12MP photo output from its 108MP sensor.

Other key features of the range are the standard 12GB LPDDR5 RAM on 5G models (8GB of LTE models) and a base level storage of 128GB throughout the range. Whichever you choose you can add up to 1TB microSD. Some regions get a dual-SIM option too. 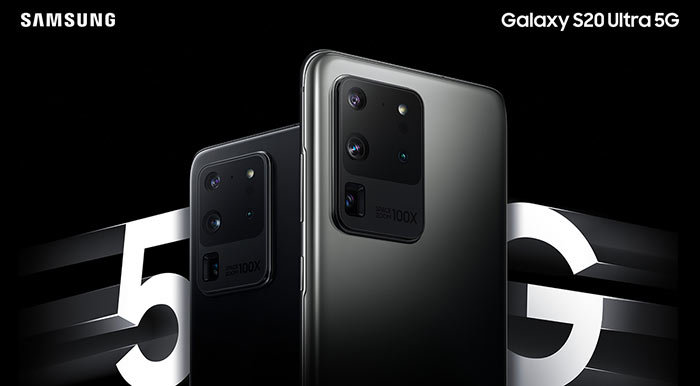 Samsung has provided the Galaxy S20, S20+ and S20 Ultra with 4,000, 4,500, and 5,000mAh batteries respectively. These can be fast charged (QC2.0) or wirelessly charged (WFC2.0), and if you are feeling generous can be used to charge other phones devices via Wireless PowerShare (Qi standard).

Externally users of the new phones will see an all glass finish with prism colour backs, the dedicated Bixby button has been banished (long press power for assistant instead) - so there's just a power and volume rocker. You will unlock these phones using the ultrasonic fingerprint sensor in the screen or using the face recognition. Samsung has fitted the S20 range with stereo speakers by AKG which offer Dolby Atmos technology.

Samsung says that the Galaxy S20 series will be released starting 6th March in the following colours and from prices:

I've had emails from the likes of Sky, CPW and iD Mobile offering a range of contracts, trade-ins, and so on for those eager to get hold of Samsung's latest and greatest smartphones. Checking through these, the UK release date for the Galaxy S20 range appears to be 13th March.

The previous flagships from Samsung will all stick around for another year and have all been subjected to a price cut. Samsung announced a $150 cut for the Galaxy S10e, S10 and S10+ which are of course still more than capable devices - and which will be updated to software matching the S20 series (Android 10 with Samsung One UI 2). Please check your regional distributors for updates on price cuts to these older mobiles.

Might be worth it for the 45,000mAh model though :D
Posted by ksdp37 - Wed 12 Feb 2020 12:07
Not at that price. If the ultra has 8k with 108mp camera, they should include all base models at 256GB memory as space will get used up in a flash (no pun intended). Shooting 8k in a SD card may lead to bandwidth issues unless you opt for high speed cards which is an additional expense.

Ttaskmaster
Haven't they, like, only just come out with the S10 range?