A South Korean news site, AjuNews, has "confirmed" (Google translate) that the upcoming Samsung Galaxy Fold 2, or clamshell foldable similar to the Moto Razr, will be called the Samsung Galaxy Bloom. The design of the Galaxy Bloom was reportedly shown to invitees at Samsung's private booth at CES 2020. A blurry image captured by AjuNews shows an example of the upcoming marketing material. I've reproduced the new image below (left) next to an official Samsung teaser image from SDC19 (right) back at the end of October. 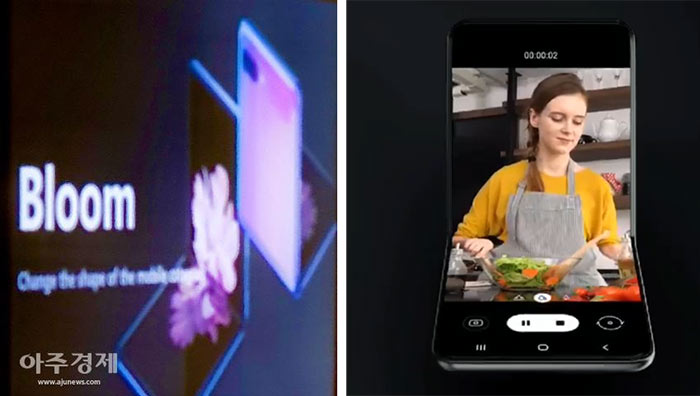 Apparently, the name 'Bloom' was chosen as Samsung is aiming to target female users with the marketing campaign for its next gen clamshell foldable. "We designed Galaxy Bloom with the motif of compact powder from French cosmetics brand Lancome," explained Samsung Electronics CEO DJ Koh, according to the source.

A number of other information snippets were reported about the upcoming Galaxy Bloom. Firstly, and I think we have mentioned this before, the next gen foldable will use a new type of glass (ultra-thin glass, or UTG) rather than plastic which should offer a more pleasing bump/wrinkle free form and touch experience. Additionally, the source says that Bloom will be one of the first smartphones to feature 8K video recording. Korea will see 5G models at launch but the rest of the world will have to settle with 4G device to start with, adds the source report.

The Samsung Galaxy Bloom is going to be somewhat more portable than the original Galaxy Fold. However it still offers quite a big screen, outclassing the Moto Razr with its 7.3-inch diagonal when opened up.

Samsung has decided to go straight from the Galaxy S10 series to Galaxy S20 in 2020. This is another news nugget from the behind closed doors Samsung CES 2020 meeting, according to AjuNews. The new name is said to mark the start of a new strategy by the company. However, what that overarching strategy might be we will have to wait and see. I'm sure Samsung will enlighten us at Galaxy Unpacked 2020 ahead of MWC. 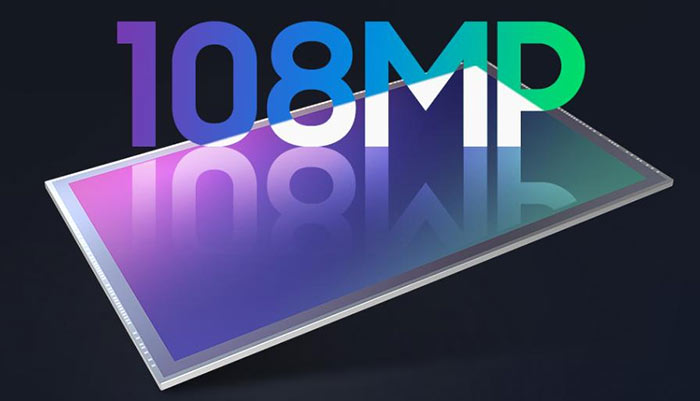 The new Galaxy S20 series will embrace three forms; regular, plus and ultra. The source says that the ultra model will include an astonishing 100x optical zoom paired with Samsung's ISOCell Bright HMX 108MP image sensor, and its camera is codenamed 'Hubble'. Furthermore, all new Galaxy S products will be able to shoot 8K video like the Galaxy Bloom.

big_hairy_rob
One too many L's there…

I read as Galaxy Boom to the end and only noticed the mistake after reading your comment.

TBH, Galaxy Boom sounds kinda cool to me as long as the phone doesn't run into issues with it going boom lol.
Posted by Spud1 - Sat 11 Jan 2020 10:41
At the moment i'm hopeful for the S11/S20 whatever you want to call it…if they can provide a phone with no notch/punch hole/etc and that can do dual sim 5G (even with just one of the sim slots active for 5G), i'll be all over it.

If they decide to chicken out and add a punch hole again though, i'll be sticking with my S9 for another year I think, or look at the competition - as the leaks so far suggest no dual sim 5g model and that they are going to use the note-10 style punch hole. Here's hoping that at least one of the range will solve at least the punch hole problem though!
Posted by Output - Sat 11 Jan 2020 12:30

TooNice
I read as Galaxy Boom to the end and only noticed the mistake after reading your comment.

TBH, Galaxy Boom sounds kinda cool to me as long as the phone doesn't run into issues with it going boom lol.

Given Samsung obviously wanting people to forget the Note 7 fires, they'd probably want to avoid that name. Although there's probably going to be a few jokes somewhere mentioning it from people who initially misread it too.
Posted by mtyson - Mon 13 Jan 2020 09:10
Or it might be called the ‘Galaxy Z Flip’ according to leakster Ice Universe