In a surprise move, Apple has halved App Store commission fees for smaller developers. Normally developers pay a 30 per cent cut of revenue garnered from App Store sales but from the start of 2021, if a developer has revenue under $1 million (£830k) per annum they will instead pay 15 per cent of their takings. Apple is calling the change the 'App Store Small Business Program'.

Apple has been under scrutiny from regulators, trade bodies, and rivals with regard to alleged anti-competitive / monopolistic practices and perhaps decided to jump before being pushed. The company cleverly reasons that the cut will help small to medium developers in "a period of unprecedented global economic challenge." One might argue that IT, media and digital entertainment industries haven't really suffered due to the pandemic but Apple's CEO, Tim Cook, thinks that the App Store is "an engine of economic growth like none other, creating millions of new jobs and a pathway to entrepreneurship accessible to anyone with a great idea," so he is happy to implement these changes. Remember Apple is on a renewed push to court developers with the launch of its new Apple Silicon powered Mac computers. 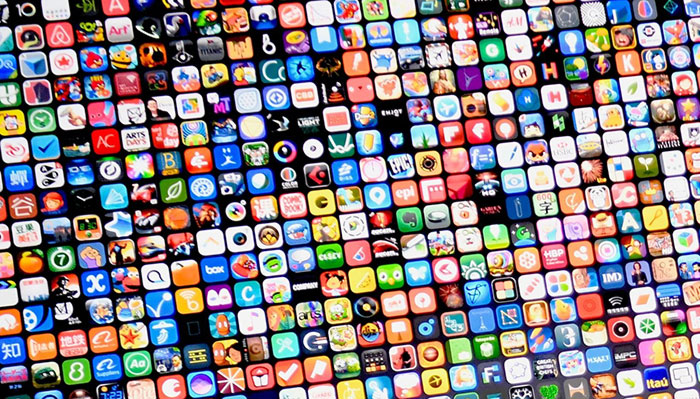 So, how does the $1m threshold work, for developers new to the app store, for example? Apple has provided the following bullet points which should clear up most questions:

Interestingly, the new commission structure might lead to some developers withdrawing or giving away their apps for free once they near the $1m yearly threshold. Expecially if they get close to that sum in Q4.

Steadfast Apple foe Tim Sweeney, CEO of Epic Games, didn't warmly welcome the App Store Small Business Program. "This would be something to celebrate were it not a calculated move by Apple to divide app creators and preserve their monopoly on stores and payments, again breaking the promise of treating all developers equally," Sweeney told VentureBeat. "By giving special 15 per cent terms to select robber barons like Amazon, and now also to small indies, Apple is hoping to remove enough critics that they can get away with their blockade on competition and 30 per cent tax on most in-app purchases."

Currently there are 28 million registered Apple developers and the commission rate cut will benefit the majority of them. Apple hasn't given any indication of the proportion of developers who make more than $1m per annum from the store.

Posted by 3dcandy - Thu 19 Nov 2020 10:13
And those developers are less than 5% of the earnings from the app store….
Not really the great offer it first appears
Posted by Tabbykatze - Thu 19 Nov 2020 11:14
It started to look like a good thing, then you realise how quick you can get to a $1 million turnover via the store.

One app with a yearly $10 subscription will be met with 100,000 users which would mean your would have to make an app that ascribes to the needs/enjoyment of less than 0.01% of the total user base of the Apple app store.

If you want to make money from your app, you'll be curtailed pretty quick.

3dcandy
And those developers are less than 5% of the earnings from the app store….
Not really the great offer it first appears

It's not a great offer if you look at the small print too, but the ‘apple fans’ will lap it up and say it's a win versus epic etc… it's their usual PR to make them out to be the good guys when it's more about being self serving.

All I've seen of late from Apple when it comes to the app store, payment processing and their subscription models is them doing everything they can to prevent better and/or alternative options coming into their walled garden. They've already said ‘services’ are their next major revenue stream and they're basically relying on iOS (and expect os-x on arm in the future) to get it.

Funnily enough this ‘reduction’ for small developers isn't going to affect the main companies (like spotify, epic, microsoft and google even) that have an issue with their policies… and lets be honest if they can charge 15% for smaller companies they can charge the same for bigger companies, it's a percentage not a fixed fee so they'd still get more from the bigger companies than the small companies but they can't do that as it would impact their profits too much. They'll lose 5% from the 95% of companies this affects but said companies might make more apps or lower prices which in turn might actually make them more money….

Tabbykatze
i also don't like that they immediately go “you earned $1 million, game over” so you immediately go from earning $850k on $999,999 to $700k on $1 million, at least that's the indication. I would have rathered this been based on a yearly rotation, if you earn more than $1 million, every dollar after than million is 30%. Bit like income tax, less of a kick in the teeth then.

3dcandy
And those developers are less than 5% of the earnings from the app store….
Not really the great offer it first appears

While not useful to companies that are probably already raking it in, I still think this is a great change for the little man. Most people seemed to hate on Epic for being greedy, but they likely had an impact on this happening. Though of course this won't be much use to Epic games.

That said, I do think Apple is a bad company that tries to do just enough to diffuse situations.
Posted by rave_alan - Thu 19 Nov 2020 11:56
Apple is doing something good.Sure it will kick the development of the new apps, and everyone will win.