The UK's Competition and Markets Authority (CMA) has given its approval for the merger between UK-based Just Eat and Netherlands-based Takeaway.com - both food delivery businesses linking thousands of restaurants and food outlets to customers. UK dwellers might be very familiar with Just Eat as it is a big player here, but it operates solely in the British Isles. Takeaway.com exited the UK market in 2016 but has a strong presence in 11 countries including its home country and Germany.

In making its decision the CMA considered the likelihood of Takeaway being able to re-enter the UK market and maintain strong competition benefitting consumers. However, it didn't think this would be possible in the current competitive climate, thus allowing the merger won't impact the UK's food delivery market adversely.

Colin Raftery, Senior Director of Mergers at the CMA summed up that "we are satisfied that there are no competition concerns," with the merger going ahead. Raftery added a note about the Covid-19 outbreak but only to say that it is being more flexible in its investigations at this time, and there may be delays. On the topic of Covid-19 and mergers, though, there might be more going on below the surface. HEXUS just got an email from the Warwick Business School in the UK's midlands about how Covid-19 might have affected the CMA's decision regarding Just Eat and Takeaway.com. 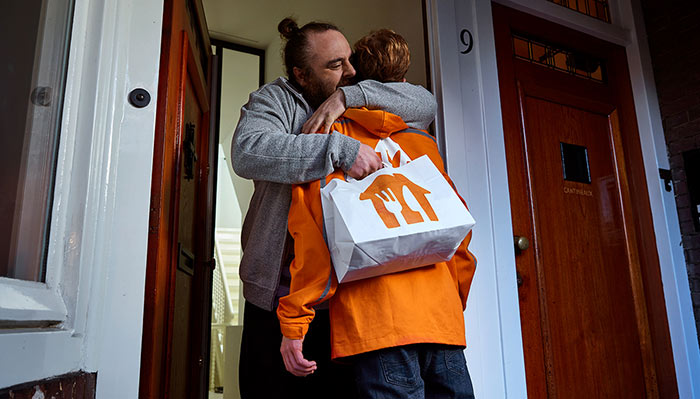 John Colley, Professor of Practice and Associate Dean at Warwick Business School and a former MD of a FTSE 100 company, observes that "We can see that the Competition and Markets Authority has significantly changed its approach as a consequence of the coronavirus outbreak. It is now focused on survival of the fittest, rather than attempting to maximise competition in markets". This decision, and the clearance of Amazon's investment in Deliveroo just last week, have been made as concerns are "switched from maintaining a competitive environment to backing winners," reckons Colley.

Looking ahead a little, Colley thinks that Uber Eats UK will come under some considerable competitive pressure and could be squeezed out or potentially gobbled up by Amazon too - if the CMA allows.

Eat Away has a better ring to it imo in the current climate.