Amazon Devices and Services showcased its latest products on Tuesday evening. There are quite a lot of diverse products here, but they centre on the smart home, with a good proportion of them being security orientated. Amazon's 'something else we've been working on', revealed at the end of the presentation, was the headline grabbing Amazon Astro - described as "a home robot unlike any other".

According to Amazon's research, in five to ten years time, every home will have at least one robot. It has therefore looked at being at the front of this wave, leveraging Alexa, AI, and complementary technologies it has used in recent previous devices. Creating the Astro home robot was a bigger challenge than was expected as all the technologies have to gel into a compact and useful unit that autonomously navigates an every changing home environment, but it has been in testing for at least a year and looks moderately useful. 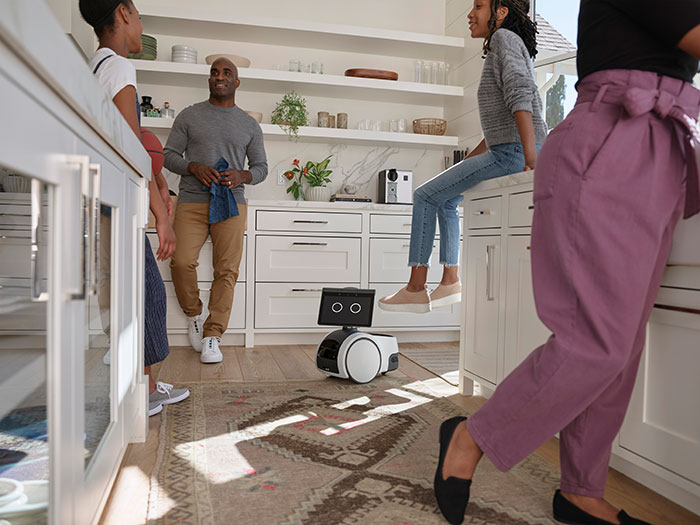 The presentation segment concerned with Astro starts at around 52mins 52sec into the video above. This talk doesn’t go seep into the technology behind Astro, but does touch upon it. If you needed to sum it up in component parts, it seems to mix Alexa and Echo/Blink security type functionality into a roving unit.

Some appreciable thought has been put into Astro. It is shown as being useful for checking on your home, pets, and so on while you are away. The presenter thought it would be good to give a device like this to his elderly father, who lives 1,500 miles away. N this case it was envisioned as a useful mobile chat platform, and sometimes it could check to see if dad was around and about. 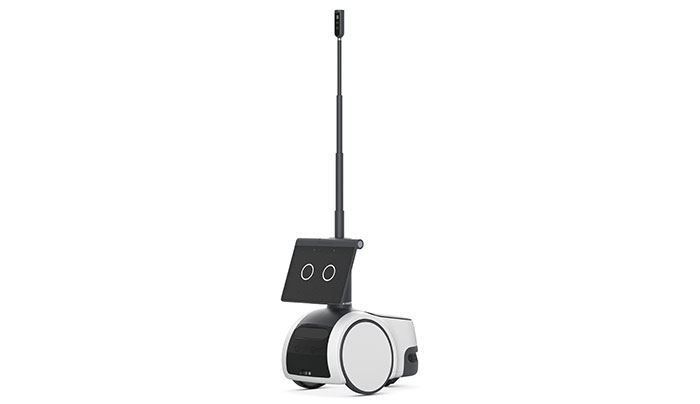 Astro is rather short in stature, but the designers have added a periscope cam to enable it to see above typical worktop/table level. Amazon demonstrated this in use, checking to see if the gas cooker was turned off in an empty house. Another demonstration showed grandma calling a grandchild, where the young one was followed around by Astro to keep them in the frame during the call.

Amazon touched upon privacy in its introduction of Astro, saying that it shares privacy features present on its Echo devices. Additionally, as this is a device which can roam around, Amazon allows customers to set out of bounds zones, toggle or schedule 'do not disturb' to minimise Astro's behaviour. Moreover, the edge AI processing within Astro means less info has to be processed outside your home.

Another interesting new Amazon device, which demonstrated a moderate level of innovation, was the Amazon Glow. Again, one of the big sells for this device seems to be in connecting grandparents and grandkids – perhaps Amazon sees lots of £$s in this segment. 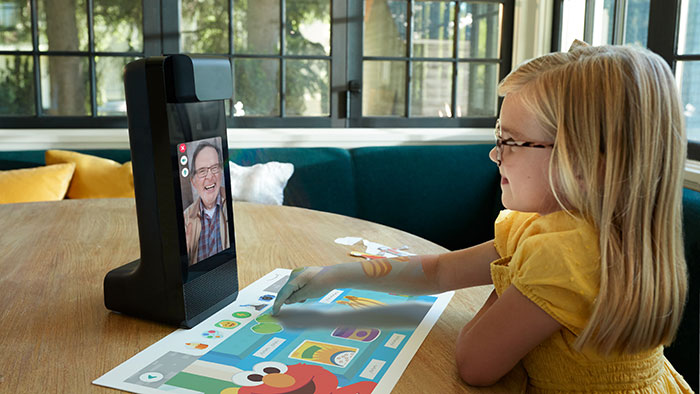 The special mix of tech here is adding an Echo Show-like video calling device (with 8-inch portrait screen), and a projector. Amazon sums up that "Kids can read stories, play games, create art, and have fun blending physical and digital worlds with Glow’s interactive projected space—remote loved ones engage simultaneously on their own tablet using a free, companion app". The projected interactive 'touch sensitive' space is 19-inch in diagonal.

During Amazon Glow activities, the two parties might be joined by Disney, Mattel or Sesame Street characters. Moreover, Glow can scan objects like toys they own, or paintings they have made, and interact and edit these things with their remote loved one.

Amazon says parental controls are applied rigorously, so kids only chat with parents' pre-approved contacts, for example. Parents can also check an Amazon dashboard to see who is talking to the kids and instantly disable cameras and mics on the device. 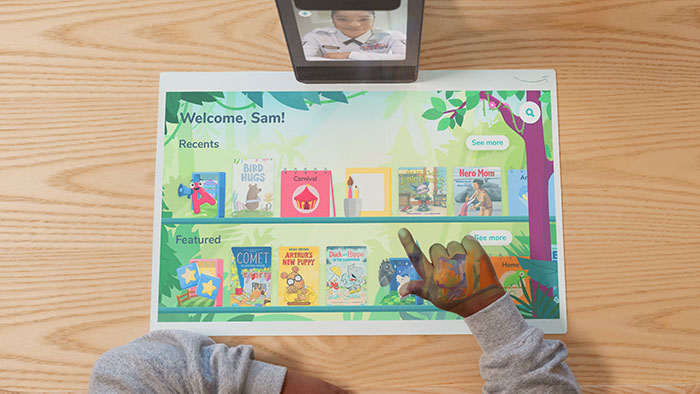 Glow is available for pre-order at a US$249.99 introductory price with a mat, a mat case, 1-year of Amazon Kids+, and is bundled with Tangram Bits. The device has no ads, and the accompanying Glow app is available for Android and iOS tablets, with Fire OS coming soon. Buyers get a two-year warranty on the device. 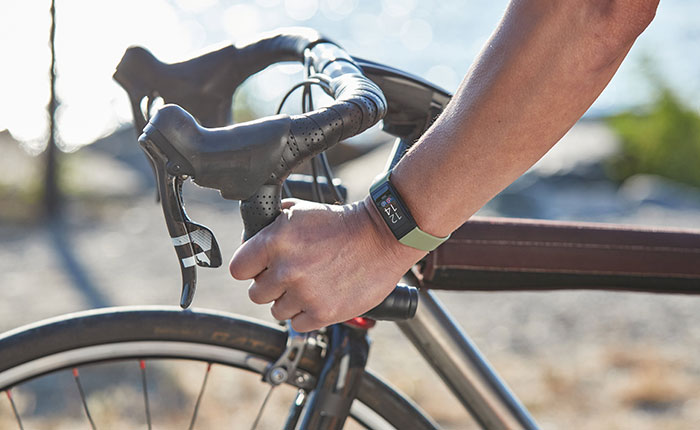 Other Amazon devices and services unwrapped yesterday evening include the: Echo Show 15, which brings a 15-inch screen and wall mountable form factor to this family of devices; the Hey Disney magical voice assistant; Halo View, Halo Fitness, and Halo Nutrition health tracking gadgets; the Blink Video Doorbell; and customers can now pre-order the Ring home security drone, which was revealed a year ago. 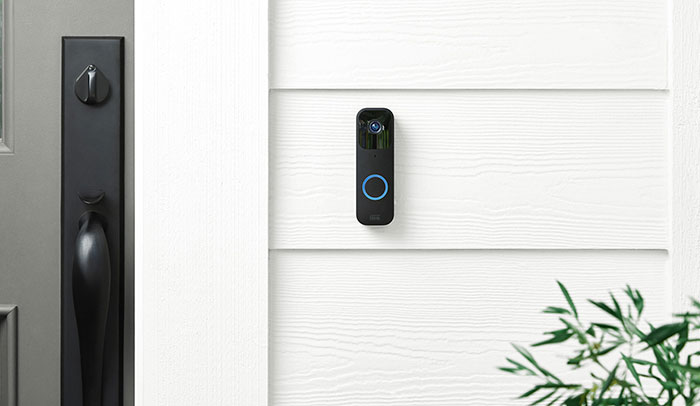 Plus I probably can't afford/justify one and would have to tidy up to much so it could move around.
Posted by LiGhTfasT - Wed 29 Sep 2021 12:00
lol yes I used to think the same but my house is slowly becoming amazon-efied. Alexas and smart devices arriving one by one..
Posted by Gentle Viking - Wed 29 Sep 2021 12:57
Well in my apartment / where i live, i close the door to rooms i do not occupy, so that robot will have very little space to roam.
The only way i can justify it was if i lived in a place with a open design, and i do also to a degree like that layout for a dwelling.

But even then no way in hell would i let this roam my premises.
Also as it is wifi,,,,,, well i dont have / use wifi, so it would be pretty dumb sitting there on its charger.
Posted by Rubarb - Wed 29 Sep 2021 15:43
Think my dog would kill that robot in about 5 mins.