The news about a potential Nvidia/Arm deal has been simmering for quite some time, but it now looks like the UK Government might spoil the broth. Last September, we saw some leaks ahead of the official $40 billion Arm acquisition announcement from Nvidia. However, since that date there appears to have been some push-backs organised by various interested tech companies and governmental regulators. See here for previous coverage.

The UK government asked the Competition and Markets Authority (CMA) to prepare a report on the Nvidia/Arm deal, back in April. Particular focus was to be put on whether the deal might be anti-competitive, and the report should also consider any national security concerns emanating from the takeover. 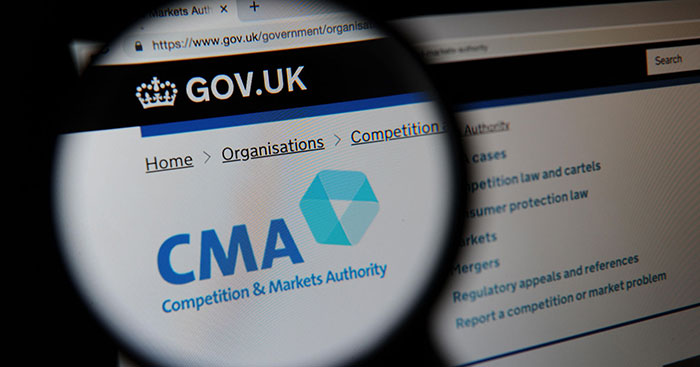 Bloomberg's sources say that the CMA report was made available to ministers in late July. UK Culture Secretary Oliver Dowden hasn't said anything publicly about the recently received report, and neither has the CMA. However, a Bloomberg insider, familiar with government discussions, says that the report "contains worrying implications for national security." Moreover, due to these concerns, "the UK is currently inclined to reject the takeover".

The above sounds worrying for Nvidia, which made confident noises this April, suggesting that the deal would be signed, sealed, and delivered by 2022. Of course, this isn't the end of the road, as the UK could still approve the deal with attached conditions, for example. A statement from Nvidia was received by Bloomberg, and it said "We continue to work through the regulatory process with the UK government." It went on to say how Nvidia is ready and willing to answer questions and work to resolve any issues. One wonders whether Nvidia would do well to join the UK government Advisory Board, as recently exposed by the Financial Times?

The Bloomberg report ends by saying that if Nvidia's buyout of Arm falls through, then owners Softbank will likely pursue an IPO. Nvidia's shares haven't been adversely impacted by this Bloomberg news release – it is thought that investors already had low expectations of the deal coming to fruition.

Corky34
So we should expect Nvidia to be buying ARM anytime now. ;)

I'm sure they'll just ask Nvidia for some assurances and it'll be gravy.

Because I trust in Nvidia to be honest and conduct business in an honourable manner.
Posted by [GSV]Trig - Wed 04 Aug 2021 12:39
So, someone somewhere is blocking the deal..

philehidiot
I'm sure they'll just ask Nvidia for some assurances and it'll be gravy.

Because I trust in Nvidia to be honest and conduct business in an honourable manner.

Well Meggitt is now going to be bought up too. One by one,a lot of our large technology and engineering companies are being sold to foreign interests,and eventually they will be merged/broken apart over the next 5~10 years. It already happened with ARM,as Softbank retained some parts of it.
Posted by ssdgrrw - Wed 04 Aug 2021 21:44
I feel that if the deal doesn't pass and softbank eventually does an arm ipo, nvidia may just try a takeover, but at least then other players will have a chance to put their money where their mouth is (like qualcomm, apple, and all the other companies who depend on arm ip).

Could result in a big cash infusion for Arm that allows them to grow and become more sustainable and would be preferable to nvidia just taking it over (no, i don't thrust nvidia to be good about it, and regulators shouldn't either! it's like they learned nothing from recent acquisition from big players like facebook for example)