We first heard that Nvidia was seriously interested in purchasing Arm from SoftBank in July last year. The $40bn deal went official and hit our headlines in September, and there was some considerable negative reaction about conflicts of interest and so on in the wake of this announcement. Nvidia must have been very aware of this interest by rival tech firms, as well as government regulators, and CEO Jensen Huang was quick with coming out with reassurances. Most importantly on this side of the pond were reassurances that Arm UK HQ would not be diminished and any such promises would be legally binding.

At the end of GTC21, business tech site VentureBeat conducted a lengthy interview with the Nvidia CEO. It touched on lots of topics like the Grace CPU, Omniverse, as well as a chat about the hoped-for Arm acquisition. VB asked about Huang's confidence that the deal with Arm can be wrapped up, and how important the deal is to Nvidia – or in other words what are the $40 billion benefits of ownership, compared to being a licensee.

Regarding ownership, or the deal being approved, Huang said "I'm very confident that the regulators will see the wisdom of the transaction." He provided some sound bite style reasons for deal approval "It will provide a surge of innovation. It will create new options for the marketplace. It will allow ARM to be expanded into markets that otherwise are difficult for them to reach themselves." On the mechanics of the deal the Nvidia CEO summed up "I'm confident that we’ll still get the deal done in 2022, which is when we expected it in the first place, about 18 months." 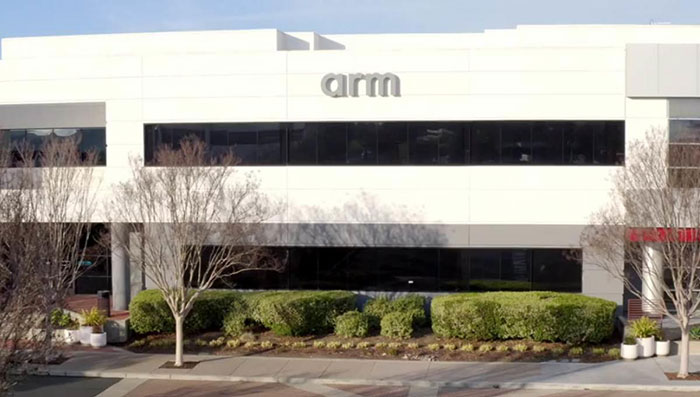 Yesterday the UK government published a public interest intervention notice (PIIN). What will happen now is that the Competition and Markets Authority (CMA) will prepare a report on the competition and national security aspects of the proposed transaction. This report will be given to the Secretary of State for Digital, Culture, Media and Sport (Oliver Dowden), who will consider its findings before deciding whether it is approved to go ahead or not.

Nvidia's previous largest deal was the US$6.9 billion Mellanox buyout.

'[GSV
Trig;4290340']Ummm, is this not a bit late, given its already not owned by the UK, the govt, if they wanted any input in the first place, should have stopped it being bought by an outside interest, so, either they pay over the odds to buy it back from Japan, or they stfu..

Bit late yes (like many others I think it was stupid selling it), but there were some specific caveats stuck into the last buyout regarding keeping it in the UK.

While I don't doubt it will go through I would like to think at the very least that the government safeguards arm being based in the UK if nothing else… it's not like we can actually build the chips here either way (come on government, lets encourage a few chip foundries to come to the UK too…)
Posted by Tabbykatze - Tue 20 Apr 2021 11:38

[GSV
Trig;304]Ummm, is this not a bit late, given its already not owned by the UK, the govt, if they wanted any input in the first place, should have stopped it being bought by an outside interest, so, either they pay over the odds to buy it back from Japan, or they stfu..

International businesses that have stakes in multiple nations are still bidden to those nations saying “hol' up” as I understand it.

Frankly, I also believe this will go through and honestly believe it will be the biggest mistake in the tech sector that will have decades of repercussions. I have zero faith that nvidia as both who they are and them being an American company will honour anything or any agreements made at all.

I'd be very surprised if companies like AMD, Intel, Apple, Samsung and the many others that utilise ARM as either the core of their platform or as a supplementary system within their platform would be for this deal going ahead.

If Nvidia gain control of ARM, they control the narrative and by controlling the narrative they can also be an edge first on their literal competitors who license the very designs they are designing for their competitors use.

will19565
While Nvidia isn't the best choice for owning AMD, its still far better than any Chinese linked company acquiring it.

What are your thoughts on NVidia owning ARM though?