Gaming PCs and peripherals company Corsair has filed an initial public offering (IPO). The company hopes to raise US$100 million by selling shares on the Nasdaq, trading under the symbol CRSR.

In its regulatory registration statement Corsair lets investors in on the company history, broad plans going forward, its competitive position, as well as some of its financial highlights, basically allowing us to glimpse how well it has been doing recently. Currently Corsair has a majority shareholder by the name of EagleTree Capital, which acquired its stake for $525 million back in 2017. 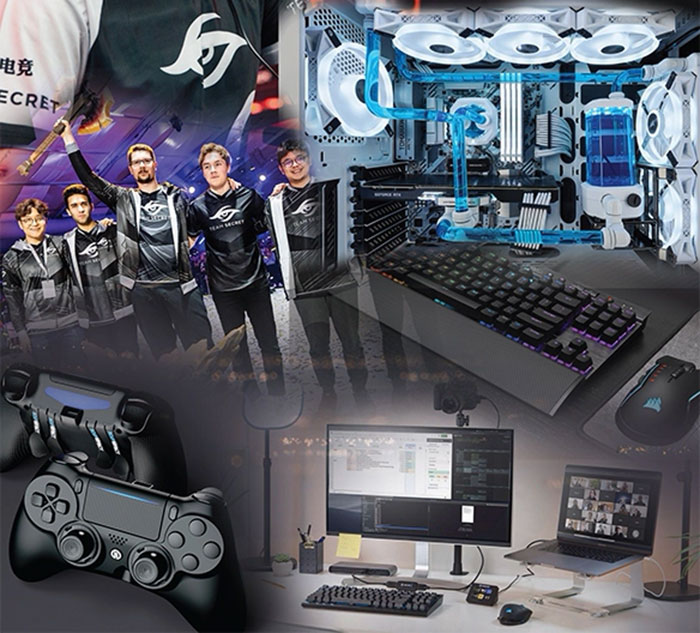 Interestingly, so far in 2020 Corsair has already generated $1.3 billion in sales and $31.3 million in profit (last year it made a $26 million loss in the same period). Its revenues and profits have been helped by it widening its product portfolio and a number of strategic acquisitions in recent years such as Elgato Gaming (streaming hardware), Origin Computers, and SCUF Gaming (controllers). Corsair products are marketed to gamers and enthusiasts in 75 countries.

In its IPO prospectus Corsair sums up its appeal, "Competitive gaming rewards speed, precision and reliability. As in other sports, specialised high-performance gear such as gaming mice, keyboards, headsets and performance controllers allow digital athletes to perform at their best." It makes similar positive statements about the prospects of the gaming PC and streaming markets.

The Corsair IPO doesn't have a date set yet, so you can't put it in your investment calendar.

Market researcher JPR has been looking at the impact the recently released Microsoft Flight Simulator 2020 is expected to have on PC hardware sales. Needless to say this demanding game is expected to have a positive impact on PC hardware sales. JPR reckons its popularity will not only inspire the obvious upgrades to input peripherals (joysticks, simulation seats and frames etc) and storage but it will extend to new PC builds, processor upgrades, display upgrades, as well as VR unit sales. 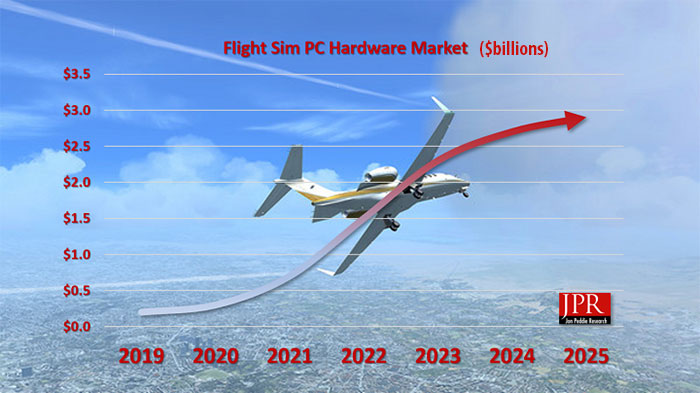 "Based on the assumption of a sale of 2.27 million units of Flight Simulator 2020 selling over the next three years, JPR estimates that in that time frame $2.6 billion will be spent on hardware with the specific intent of improving the game's experience," says the recent report penned by Senior Gaming Analyst, Ted Pollak. "Much more will be spent over the title's complete sales cycle".

Corsair? I prefer to avoid dedicated software for my peripherals where possible!
Posted by ik9000 - Mon 24 Aug 2020 13:27
Letting shareholders in? Is this the start of the rot to destroy quality and decent warranty etc in the name of “margins”? Hope I'm wrong, but hey.
Posted by ik9000 - Mon 24 Aug 2020 13:39
Also “digital athletes” ROFL. In the original greek perhaps, with its base meaning of someone who competes. But in the modern-day sense of

“a person trained or gifted in exercises or contests involving physical agility, stamina, or strength; a participant in a sport, exercise, or game requiring physical skill.”

Hardly. The physical aspect is clicking your fingers. If we're saying that hand dexterity makes you an athlete then by that definition a flutist is an athelte, as is a chef with good knife skills, or a touch typist from the sectretarial pool etc. Call it an esport is bad enough, but athletes? Do me a favour. All the real work is done by the machine in a virtual environment. There is nothing physically taxing here. It's up there with darts as being one of the only “sports” that can be played by massively overweight middle-aged people with no real stamina or strength. Athletes my RS.
Posted by mark_a_scott - Mon 24 Aug 2020 13:41
Maybe Corsair could purchase someone like eVGA which would give them access to motherboard and GPU technologies also.