Nvidia has published its latest set of financials. These results cover the fourth quarter of the 2020 fiscal year and they have been warmly welcomed by investors, with Nvidia's share price up by over six per cent in afterhours trading. The headlining positive comes from strong data centre segment performance. However, not everything is rosy, with Nvidia having to cut its Q1 FY2021 revenue guidance by $100m due to the Covid-19 outbreak, for example.

In the above table you can see Nvidia's strong progress in most of its target markets over recent quarters. First of all you will see that revenue for the fourth quarter was $3.11 billion, up 41 per cent from a year earlier and up 3 per cent sequentially. However this table view doesn't tally the quarters into years, which would show that full-year revenue was $10.92 billion, down 7 per cent YoY. Analysts had been expecting $2.96 billion in revenue, but Nvidia surprised with its $3.11 billion figure. 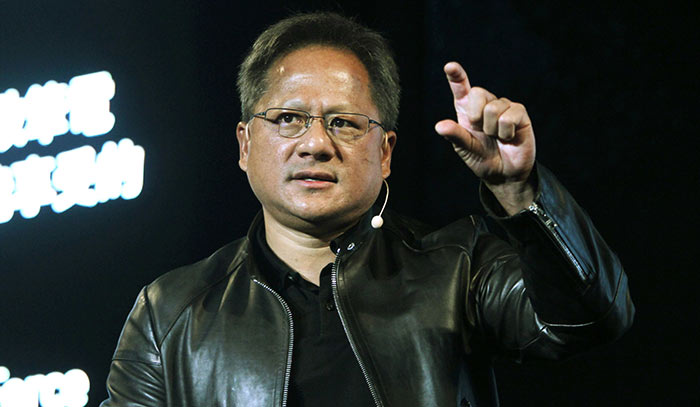 In the official press release accompanying the results Nvidia CEO Jensen Huang commented "adoption of NVIDIA accelerated computing drove excellent results, with record data centre revenue". Gaming is still the by far the largest segment for Nvidia, and Huang talked about how his company is growing stronger driven by RTX. "Nvidia RTX ray tracing is reinventing computer graphics, driving powerful adoption across gaming, VR and design markets, while opening new opportunities in rendering and cloud gaming," boasted the CEO. Huang still sees promise for Nvidia in powering the AI that is being adopted by connected services, as well as applications in 5G, genomics, robotics and autonomous vehicles.

In the most recent quarter Nvidia says that momentum gathered in RTX gaming, with the release of titles such as Deliver Us The Moon, Wolfenstein: Youngblood and Bright Memory. Nvidia is a key component maker for 125 gaming laptop models, including the new Asus ROG Zephyrus G14. That laptop was a crowd pleaser at CES 2020 alongside the release of more G-Sync monitors and LG adopting S-Sync in its latest OLED TV lineup. Further positive impacts to Nvidia's revenue came from the new 'Super' series mid-range graphics cards becoming widely available and the RTX series of cards edging below US$300. 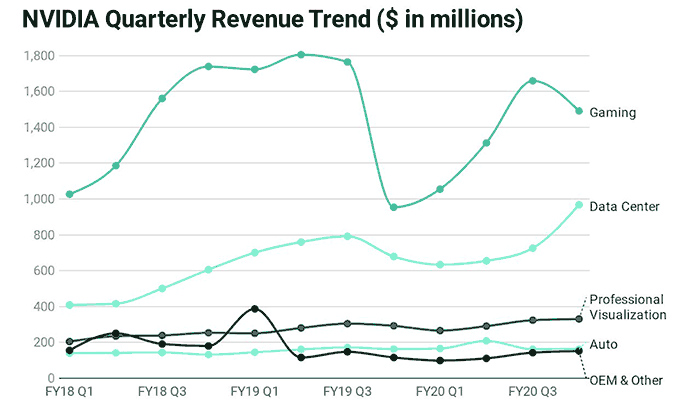 Nvidia also boasted of bringing its GeForce NOW cloud gaming service out of beta - but some big name publishers have put a bit of a dampener on this news. As reported earlier this week, many AAA games which were playable in the beta have now been withdrawn by the likes of Activision Blizzard, Capcom, EA, Konami, Remedy, Rockstar, and Square Enix.