Some interesting data has been released from the German tech retailer Mindfactory. This time around we are looking at CPU sales via the large e-tail site, and the results are looking good for AMD. You can see a full set of slides showcasing the Mindfactory data for the month of May 2020, at Imgur.

A further interesting snippet of Mindfactory sales data is provided by TechEpihany which simply lists each CPU model and how many units shifted in Week 23 of 2020 (1st to 7th June 2020). This data reveals that, last week, the competitive comparison between Intel and AMD in terms of revenue generation and unit sales was as below: 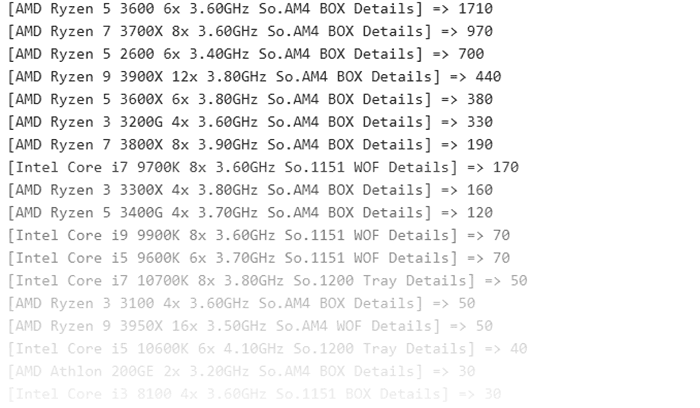 You can see that the sales list has started to feature the first Intel Comet Lake CPUs like the Intel Core i7-10700K and Core i5-10600K (HEXUS review link). However, they are presenting little challenge to AMD's dominance with the German PC building enthusiasts that frequent Mindfactory. 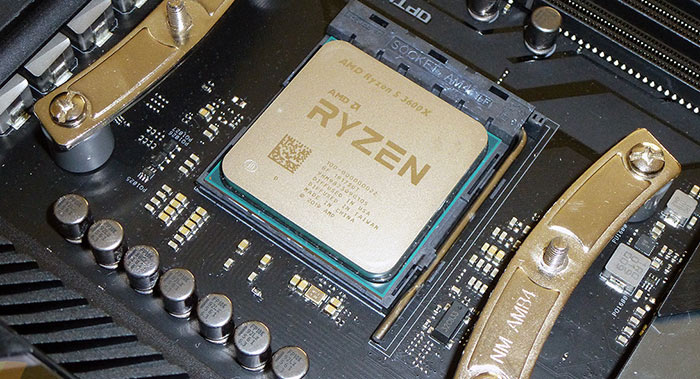 While you might feel like excusing Intel as it is still so early in Comet Lake's and its supporting motherboards roll out, one must remember that AMD is due to strike back shortly with Matisse Refresh (Ryzen 3000 XT series CPUs), and the availability of AMD B550 motherboards should inspire further purchases.

The Intel / AMD partnership processor using Kaby Lake CPU cores and Radeon RX Vega M GPU cores launched back in November 2017. The so called Kaby Lake-G series was only fully launched at CES 2018. We didn't get any PCs using this processor in the labs until May the same year, the Intel Hades Canyon NUC (NUC8i7HVK). 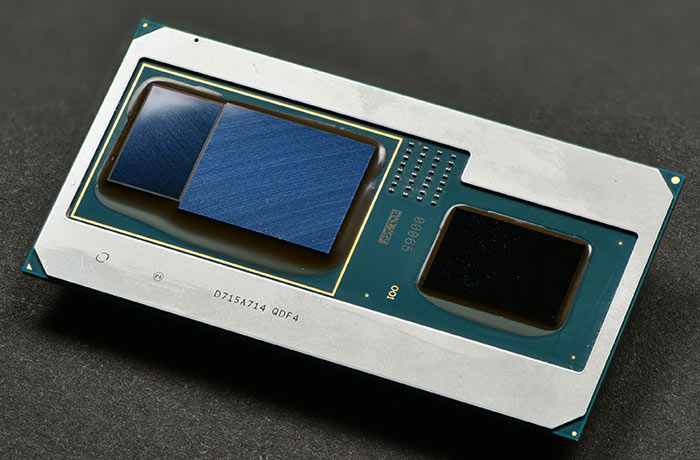 Intel initially promised five years of driver support for the Kaby Lake-G chip but has problems and left users without an update for 12 months, before handing over the job to AMD - or simply began to allow users to install AMD's mainline graphics drivers.

Intel told the hardware site that "We are working to bring back Radeon graphics driver support to Intel NUC 8 Extreme Mini PCs (previously codenamed 'Hades Canyon')." However, no acknowledgement of the issue has come from AMD as yet. Importantly, the latest AMD Radeon graphics drivers include support for the Windows 10 May 2020 Update.

darcotech
In the meantime in the OEM world and business purchase, Intel is still outselling AMD. And those numbers are really big. It is hard to change the habitude.

Perhaps so, but them companies that buys OEM many many of them got ECO stuff in view too and a less efficient 14nm chip vs a 7nm is gonna be a difference as many companies want to marketing their ways being as green as possible to give a better approach to the customers.
Posted by Core2Extreme - Mon 08 Jun 2020 16:33
It seems so long ago when Kaby Lake-G was an interesting option. Back then, there was still a reason to choose Intel CPUs, particularly on laptops. Kaby Lake-G offered the best CPU paired with the best integrated graphics.

Now, I'd just as soon take a Ryzen 4000 mobile CPU, even if there were Coffee Lake/Comet Lake options with Radeon graphics.
Posted by Bagpuss - Mon 08 Jun 2020 17:27
Do Intel really care about Desktop market share, so long as they have their server side cash cow income rolling in from company IT managers…
Posted by ohmaheid - Mon 08 Jun 2020 17:35
It's almost as if Intel didn't notice what happened to IBM.