...the Intel Core i7 ultimately has an advantage over the nascent AMD Ryzen 7 Surface Edition in a couple of key areas.

Having being hamstrung on desktop, Intel needs a win and is eager to highlight its advantages in the mobile space, where efficiency, Wi-Fi capabilities and battery life are more pressing concerns than sheer core count.

Proving that such optimisations shouldn't be overlooked, our analysis of the Surface Laptop 3 has revealed that while Microsoft's gorgeous 15in laptop is highly capable with either choice of CPU, the Intel Core i7-1065G7 ultimately has an advantage over the nascent AMD Ryzen 7 3780U Surface Edition in a couple of key areas. Performance is improved, there's support for both LPDDR4X and Wi-Fi 6, and most importantly, battery life can be extended by over 40 per cent.

These are meaningful enhancements, yet we come away feeling impressed with both configurations, as AMD has managed to put itself back in the game while having 7nm technology waiting in the wings. There are now two viable options for consumers to choose from, and more aggressive pricing may help shift the decision-making process in AMD's favour.

We don't imagine end users being disappointed with either CPU, and it is in use that Surface Laptop 3 ultimately begins to justify its premium price tag. The PixelSense display is a real joy, the speakers are convincing, the keyboard and trackpad are outstanding, and while port selection could be improved, Microsoft's design sets a high bar for others to match.

Bottom line: there will be twists and turns as competition among mobile CPUs increases in 2020, but right now, if tasked with picking just one Surface Laptop 3 to keep, it would have to be the Intel Core i7. 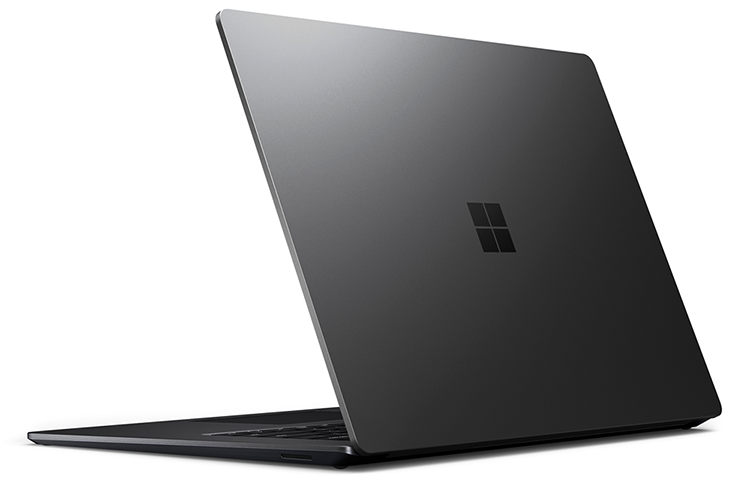 The Microsoft Surface Laptop 3 is available to purchase from Scan Computers.

Posted by Irien - Fri 22 Nov 2019 14:24
I think the conclusion is a bit generous - as an AMD-hopeful, to see Intel dominating in so many areas (even gaming, which was surprising), for minimal price premium, was somewhat disheartening. AMD need their 7nm APUs ASAP! Kudos to Intel, though, their 10-series looks good, but I can't help feeling we've got AMD to thank for that too, if only indirectly. Competition can be a huge motivator!
Posted by Tabbykatze - Fri 22 Nov 2019 15:50
I agree, AMD really needs to start pushing their 7nm APUs, they are suffering in the mobile space by doing this delay on each mobile generation.
Posted by yeeeeman - Sat 23 Nov 2019 08:04
Lol, what a huge difference in battery life.
Posted by Myss_tree - Sat 23 Nov 2019 09:38
Are there actually that many home/personal users who spend just over two grand on a laptop?
Posted by Tabbykatze - Sat 23 Nov 2019 10:55

Myss_tree
Are there actually that many home/personal users who spend just over two grand on a laptop?