...built like a tank and keeping wonderfully quiet at all times, it is as muscular an RTX 3060 Ti as you're likely to find.

Nvidia's AIB partners find themselves in something of a quandary as they attempt to rival the standard-setting Founders Edition.

Keep custom cards relatively simple and competitive on price, and you tend to end up with a product that looks and feels inferior to the reference board. Choose to push the boat out and you run into an elevated price tag that is at odds with Nvidia's aggressive MSRP.

MSI's GeForce RTX 3060 Ti finds itself in that latter predicament. Overclocked to 1,830MHz, built like a tank and keeping wonderfully quiet at all times, it is as muscular an RTX 3060 Ti as you're likely to find. The caveat, inevitably, is that pricing rises to £450, putting it perilously close to meatier GPUs further up the product stack. This might seem immaterial when cards aren't available for love nor money, but stock shortages will come to an end, and it will be interesting to see how pricing evolves when things begin to settle down.

Bottom line: MSI's Gaming X Trio may well be the fastest, quietest and most robust RTX 3060 Ti that money can be, but such praise is obscured when a fundamentally superior RTX 3070 costs only a fraction more. 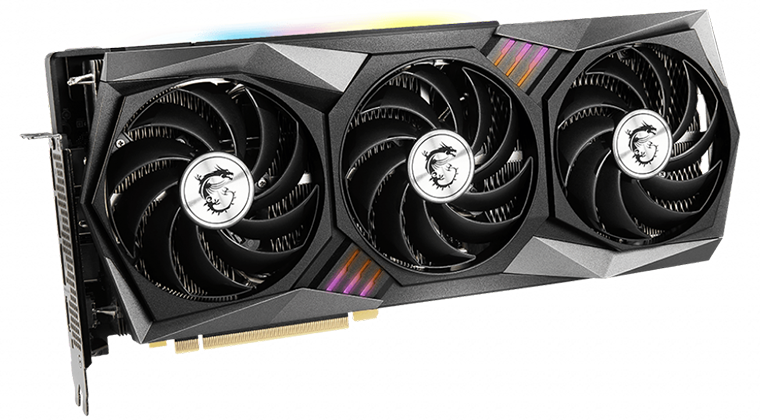 Posted by XD_3VIL_M0NKEY - Fri 18 Dec 2020 21:15
Of all the cards released so far, In my opinion it's one of the better looking ones!
The ASUS TUF cards are in a close lead imo!
Posted by Richyhx1 - Sat 19 Dec 2020 09:57
It's crazy how much the aibs are charging for some of these cards. Its impressive to be sure, but it's not a 3070. Likewise some of the 3070s have a rrp higher than a 3080 Fe. Just seems like madness to me. Maybe things will settle down when there's more availability
Posted by Rubarb - Sat 19 Dec 2020 16:56
They might as well say the price is to be honest because they will just get bought out by bots and sold at silly money.
Nvidia hasn't had stock on there website for ages either, I think maybe 50% of the items made where sent out to reviewers :D

When you think about it maybe the whole rtx 30xx range should sell for more as it's obvious that these cards are some kind of limited edition …the fact you can't buy one proves that. :D
Posted by ohmaheid - Sat 19 Dec 2020 17:37
Oldest trick in the book. Price something cheap and limit supply…Then when supply increases - rename/replace with a MUCH more expensive variant.
When Nvidia can ask for, AND GET, £700 for a 2070 super. Why would they replace it with a card nearly twice as fast and £200 cheaper? That is throwing profit away - And Nvidia does not do that.
Posted by ik9000 - Sun 20 Dec 2020 15:23
LOL £900 on Amazon. Double RRP. What a joke.