...though a no-frills alternative will deliver similar performance, we view the ultra-low noise levels of the Gaming X as a star attraction.

At the top of the pile sits the £250 Gaming X. Offering solid build quality, eye-catching aesthetics and a decent factory overclock, the card is more than a match for most competitors in its class and sets itself apart through a cooler that is silent when idle and barely audible under load.

Performance is excellent at 1080p with maxed-out quality settings, but the congested nature of Nvidia's product stack leaves would-be buyers facing a bit of a dilemma. In the circa-£250 space, do you prefer a cheap and cheerful GTX 1660 Ti, or a top-drawer GTX 1660 Super? It is a case of personal preference, and though a no-frills alternative will deliver similar performance, we view the ultra-low noise levels of the Gaming X as a star attraction.

Bottom line: it could do with being £10 cheaper, but if you want a high-quality GTX 1660 Super, the MSI Gaming X delivers. 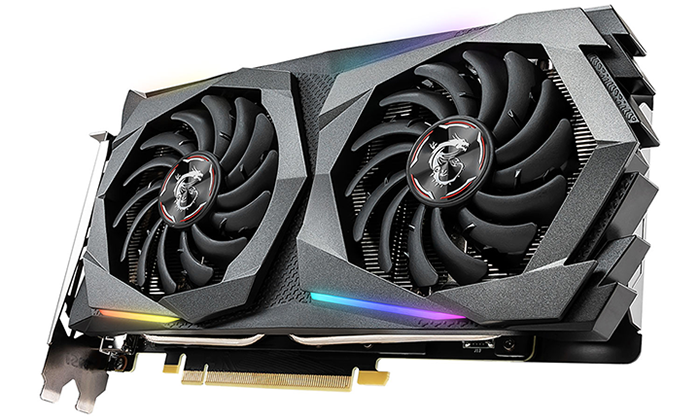 Posted by abychristy - Mon 11 Nov 2019 16:01
They could have released the entire non RTX with GDDR6 and still does a good job than the 10 series.
Posted by badsyntax - Mon 11 Nov 2019 16:08
I'm not really sure if the RGB lighting and the 1815MHz vs 1830MHz boost sway me over the MSI GeForce GTX 1660 SUPER VENTUS XS OC which is around £30 less. Unless of course I'm missing something else here. That boost difference isn't that huge in reality?

Both have fan stop and the Ventus Torx fans are touted as ‘for silent gaming’. I'd be interested in a comparison on the noise levels for the 1600 Super Ventus model. I'll go see if I can find a non-Super comparison to see if that scales maybe?
Posted by Savas - Wed 13 Nov 2019 06:11
Disappointing really, Hexus does 3 reviews of basically the same card, but just one 5700 review.. No, I'm not saying they are the same level, 5700 is obviously a higher group, but the point is the 5700 never received the exposure Nvidia gets here. For example Could have done the Gigabyte AMD Radeon RX 5700 XT GAMING OC to balance out the amount of Nvidia cards on your graphs. After all you are selling it.