...all good, right? Mostly, because at £370 or so it represents reasonable value, though a couple of flies in the ointment combine to diminish the overall appeal.

Distilling the GeForce RTX goodness down to a more amenable price point has resulted in the 2060 GPU being produced in multiple iterations by all of Nvidia's add-in board partners.

Gigabyte is no different, of course, and a good representation of price and performance can be had with the Gaming OC Pro version that has an out-of-the-gate 1,830MHz boost clock, dual-slot form factor, solitary 8-pin power connector, backplate, and generally capable cooler.

All good, right? Mostly, because at £370 or so it offers reasonable value, though a couple of flies in the ointment combine to diminish the overall appeal.

That pesky Founders Edition card, albeit not overclocked, is better built and £40 cheaper. But looking across to the other side, AMD's continued price re-evaluations have brought the Radeon RX Vega 64 looming into view. Priced at about the same levels for the cheapest cards, it's slightly faster at QHD and UHD in many titles, as evidenced by our two-card comparo.

There's nothing intrinsically wrong with the Gigabyte GeForce RTX 2060 Gaming Pro OC, yet those two aforementioned factors will give would-be buyers pause for thought. 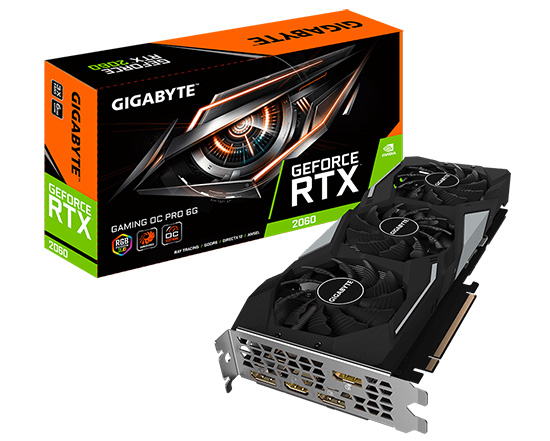