PC cases and cooling specialists NZXT hopes to take advantage of the console power vacuum that seems to exist as we await the roll out of Microsoft and Sony's latest and greatest video games machines. It has introduced a trio of new pre-built systems dubbed the Starter PC Series, ranging from US$699 to $999. These are Intel 9th gen Core / GeForce GTX16 systems that are built into the NZXT H510 case alongside various other choice components to provide an off-the-peg PC gaming solution which is a solid foundation for later expansions and upgrades. 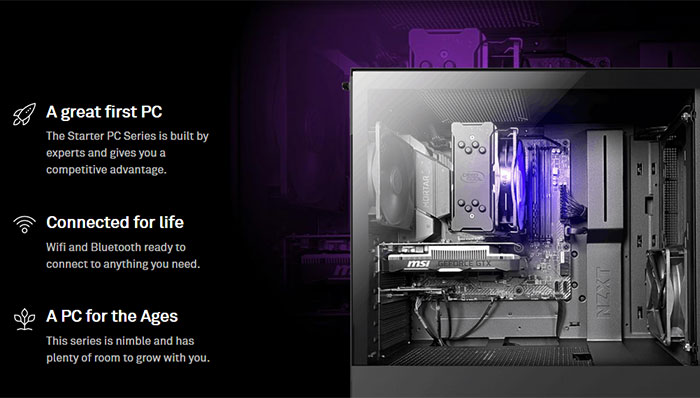 "Building a gaming PC can be very difficult for beginners," explained Johnny Hou, founder and CEO of NZXT. "Not everyone wants to take the time needed to fully understand how to configure and build a system. They just want to play their favourite games. That is why we simplified this whole process with the NZXT Starter Series. As fans take their first steps into PC Gaming, they can rest assured that they're getting a build that is suitable for their needs and optimized for performance." 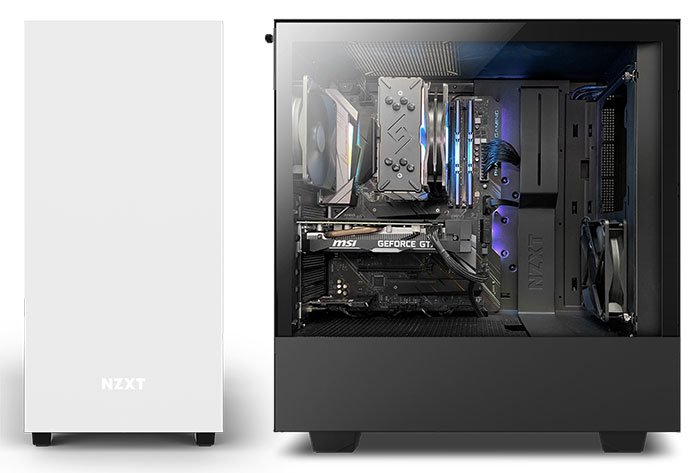 The entry level US$699 NZXT Starter PC targets eSports 60fps+ 1080p performance in titles such as Fortnite, Counter-Strike: Global Offensive, and League of Legends. It wields an Intel Core i3 9100F, with Nvidia GeForce GTX 1650 for pixel pushing, alongside an ample 16GB* of RAM, and 512GB PCIe SSD. This and all the systems come with Windows 10 Hom einstalled and ready as well as a reassuring two year warranty.

Check out the table below to see the full tech specs of the new trio:

*I think NZXT has made a typo in the RAM fitted in the NZXT Starter PC. It is probably just 8GB in a single stick, for 8GB of RAM in total. The product pages say this is so, while the press release is likely in error, with its contradictory spec in this regard. Performance numbers are said to be guaranteed to be within 10 per cent of the stated FPS. 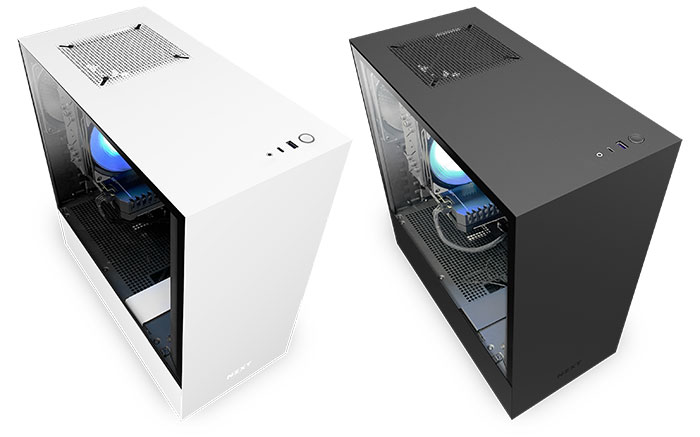 The above systems are not configurable pre-order, you must take the product offered at the price given - a simple system which will aid NZXT's production department. Upgrade and change things after purchase if you need or see fit. However, there is once choice you can make - whether to go for the black or white H510 case.

These systems are available to order now in North America and will ship within 7 days.

Kanoe
9 Series CPU? No thanks. For an already dead platform they need to be a lot cheaper and where is the AMD options.

Didn't they say its “PC for the Ages”? They meant probably that it is already aged :D
But honestly $700 for a “gaming” PC that will be far outmatched by incoming console at every aspect at lower price point…