Big Blue has announced that it has opened the IBM Quantum Computation Centre in New York State. The fleet of IBM quantum computers available to the community, commercial clients, academic institutions and research laboratories consists of five 20-qubit systems, one 14-qubit system, and four 5-qubit systems. Within the next month the fleet is going to grow to 14 available systems including a new 53-qubit quantum computer, "the single largest universal quantum system made available for external access in the industry, to date," says IBM.

Since IBM's quantum computers first became available through the cloud in 2016 a global community of users have run more than 14 million experiments on the hardware and published more than 200 scientific papers using the results. IBM says that its quantum computers are optimised for the reliability and reproducibility of programmable multi-qubit operations. 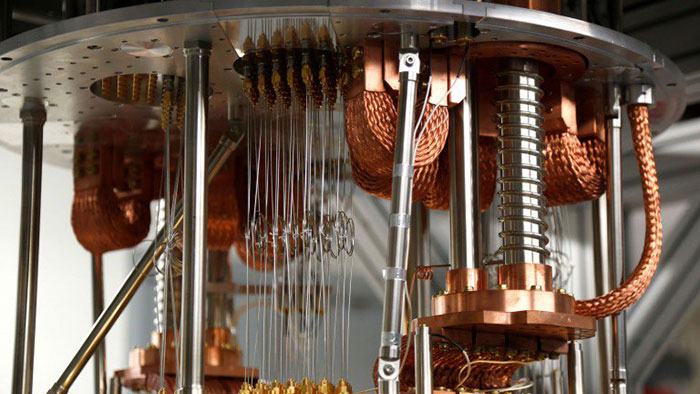 One of the biggest news nuggets within the announcement is that IBM's new 53-qubit quantum computer, the single largest universal quantum system made available for external access in the industry, will come online before the month is out. IBM says that the new system, with a larger lattice, "gives users the ability to run even more complex entanglement and connectivity experiments". The system incorporates a yet to be announced family of quantum processors from IBM.

Again, we hear that advances in quantum computing could unlock a wealth of future scientific discoveries in the fields of medicines and materials, and be of great benefit to those working in supply chains and finance. IBM provides a few brief practical examples of JP Morgan Chase, Mitsubishi Chemical, and Mizuho Financial Group using its quantum computing resources to make advancements in its press release.