In April, IBM wrote to GlobalFoundries (GF) about being in violation of a chip developing and manufacturing contract, it has been revealed in a New York state court this week. The letter has been characterised as a 'bolt from the blue' by GF, and its demands for $2.5bn in damages has been rejected by GF in a complaint filed in court on Monday. Monday was the deadline for payment in IBM's letter to GF.

To unearth the root cause of this legal and financial tussle, we must wind back the clock all the way to 2014. In October of that year, HEXUS reported on the deal between IBM and GF which meant that the first party would pay the latter $1.5bn to take its loss making semiconductor factories off its hands. Payments to GF would be spread over the next three years. It was understood that GF would invest approximately $10 billion for 2014-2015 to develop a cutting edge New York facility. 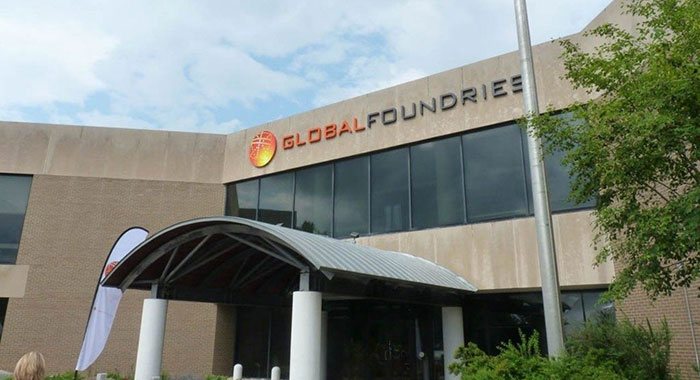 The latest info about the dispute suggests that the very sizable payment to GF was given to not only take over the loss making IBM foundries but enter into a legal contract with various obligations. An IBM statement explains it as follows, "IBM contributed $1.5bn to GlobalFoundries to supply the next generation of chips, and Global Foundries utterly abandoned IBM as soon as the final payment was received and sold off assets from the deal for its own enrichment." This is the major reason that IBM is seeking $2.5bn in damages.

GF abandoned its plans to pursue advanced chipmaking in 2018, and this must coincide with the ending of payments from IBM. Thus, IBM has to do business with Samsung to get its advanced chips manufactured.

Meanwhile, GF denies any wrongdoing. The firm argues that it made a difficult decision in 2018 as the quest to ready a 7nm process was draining its coffers such that its existence was being threatened. However, the strategy pivot means that GF is now profitable and operating, outputting chips in the US when there is a global pandemic-fuelled shortage.

Moreover, GF hopes to expand production at its US facilities, hopes to take advantage of the recently announced government funding ($52 billion CHIPS Act), and plans an IPO which could raise approx $30bn for investments and expansion. With this in mind, GF said IBM's damages demands were both suspect and inconsiderate.

Posted by mtyson - Fri 11 Jun 2021 03:05
An IBM Company Spokesperson has been in contact with HEXUS and wants to highlight the following paragraph from its complaint filed in the NY State court:

Posted by watercooled - Fri 11 Jun 2021 09:03
I did wonder what would happen with the IBM deal after GloFo just abandoned leading-edge nodes.

AMD seem to have benefitted from escaping the WSA exclusivity though!

I wonder if another foundry like Samsung would be interested in buying what's left of GloFo, because their current owners don't seem interested in substantially investing in the company any more, and this lawsuit, which appears to have merit, surely can't help matters either.