Apple kicked off its Worldwide Developers Conference (WWDC) in San Jose yesterday evening. The firm made a decent number of significant announcements but probably the most interesting for tech enthusiasts was the unveiling of the all-new Mac Pro computer and Pro Display XDR monitor. 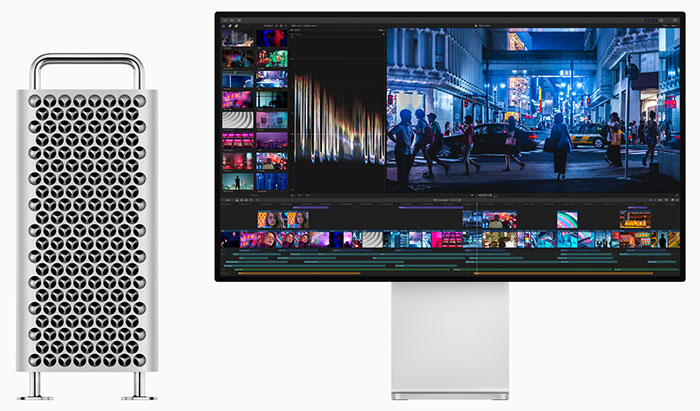 From the outside the new Mac Pro looks to be a reworking of the old PowerMac G5 tower but its front perforations and handles have been reworked. Furthermore, for lugging this 18kg, 52 x 45 x 22cm machine around, buyers can even spec it with wheels. 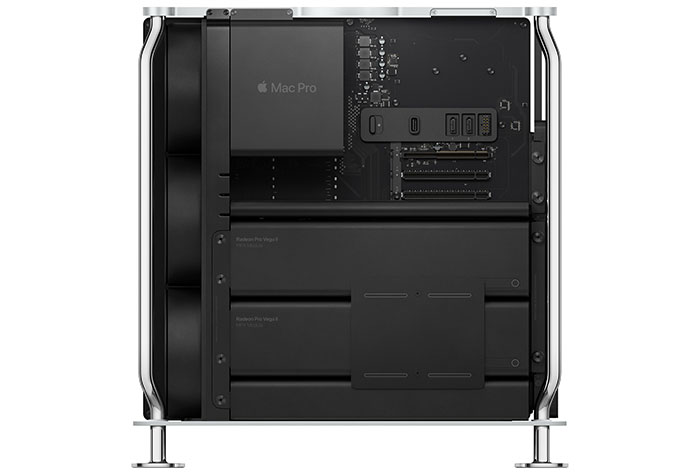 Inside the all-new Mac Pro buyers have a range of powerful options they can configure. For brevity and clarity I have bullet pointed the choices and base specs below:

Apple has launched a companion monitor that will be a good match for your new Mac Pro. The new Apple Pro Display XDR is a 32-inch Retina 6K display. Apple says that it is so far beyond HDR it has coined the acronym XDR, meaning "Extreme Dynamic Range". Pro Display XDR produces an industry-leading 1000nits of full-screen sustained brightness and 1600nits at its peak. It has a 1,000,000:1 contrast ratio and superwide viewing angle. For colour reproduction this display offers a true 10-bit colour depth and P3 wide gamut. Furthermore, the screen is engineered for extremely low reflectivity - low glare. 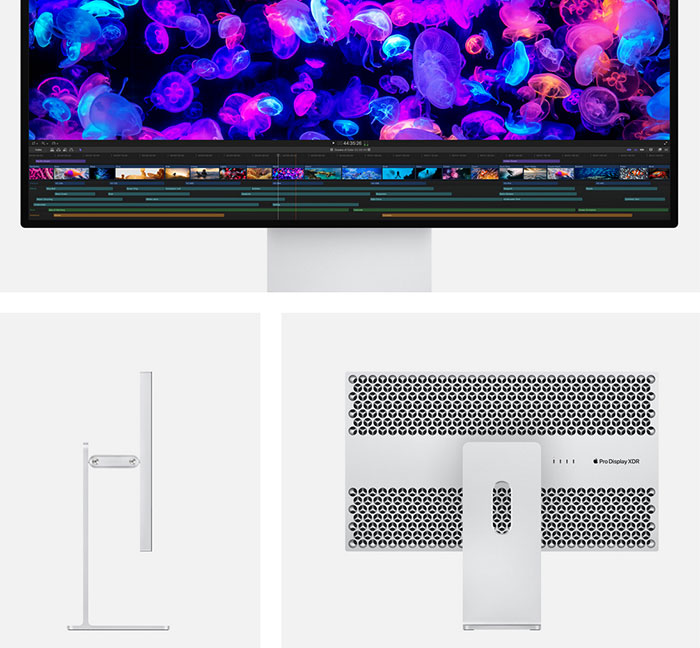 Using the Apple Pro Display XDR, content creators will have a canvas upon which to easily manipulate 4K content, and al their tools on one screen. Apple calibrates the screen and backlight LEDs and the screen offers reference modes for checking content on intended target devices. For connecting to this monitor you will use the single Thunderbolt 3 (USB-C) port. It also features three USB-C (USB 2) ports for charging or syncing. Full tech specs are available here. 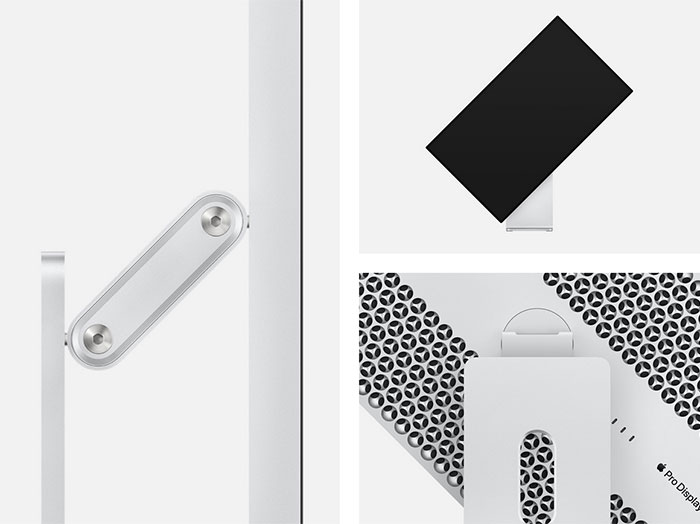 Considering the physical qualities of the Apple Pro Display XDR, you will first see that it shares the design aesthetic of the all-new Mac Pro. The air vents in this case are said to facilitate the airflow necessary to sustain high levels of brightness over long periods. The supplied stand (VESA mount available if required) is adjustable in the expected height and tilt, and but can rotate the screen to portrait mode. 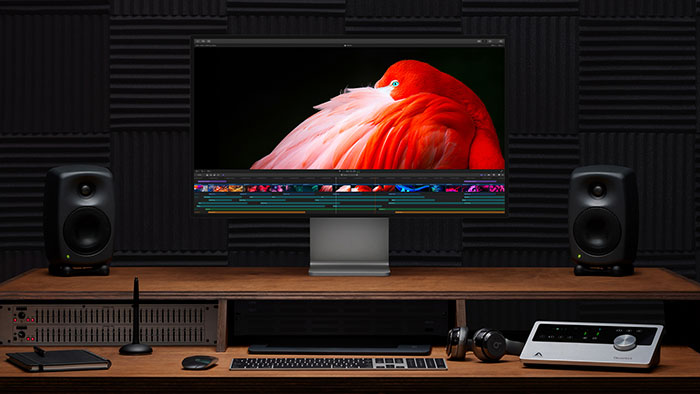 Mac Pro's case is ugly imo, although I do like the slide off casing, except if it goes under a desk….

I like the ‘channelled’ air flow approach to the layout, it should be fairly efficient and quiet, shame we don't get a bit more of that on the pc side of things.

If you think about it objectively this new mac pro is no more upgradable than the old one…. yes you can add more stuff to it but you can't do it yourself like the old g5/xeon cheese grater case of old…

The screen looks fairly nice (well minus the case), but 30inch is too big for me personally, but I'm sure there will be other options out at some point because it seems to be the only one at those specs from a quick google.
Posted by gagaga - Tue 04 Jun 2019 10:50
That stand does less than the one Dell include with their P and U series - much less height adjustment, no rotate on the base.