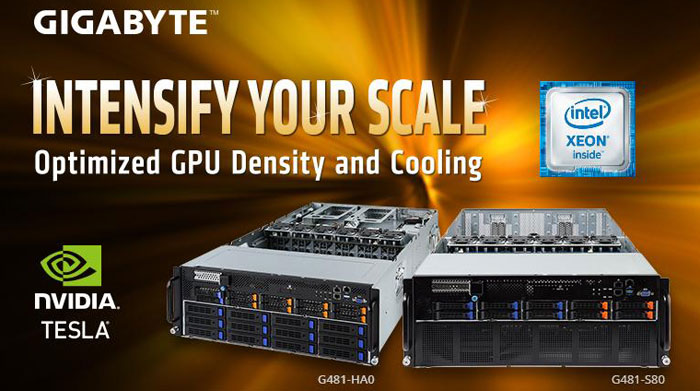 Before we get onto the deep-learning power represented by these servers it is important to consider the supporting architecture. Both G481-S80 and G481-HA0 are powered by dual Intel Xeon Scalable processors, with up to 28 cores per CPU. Intel's Omni-Path connection technology is employed to eliminate CPU to network latency here. Furthermore, six memory channels per CPU with two DIMM slots per channel are supported for DDR4 memory. Depending upon your CPU model your server will be able to support up to 1.5TB of RAM per CPU. 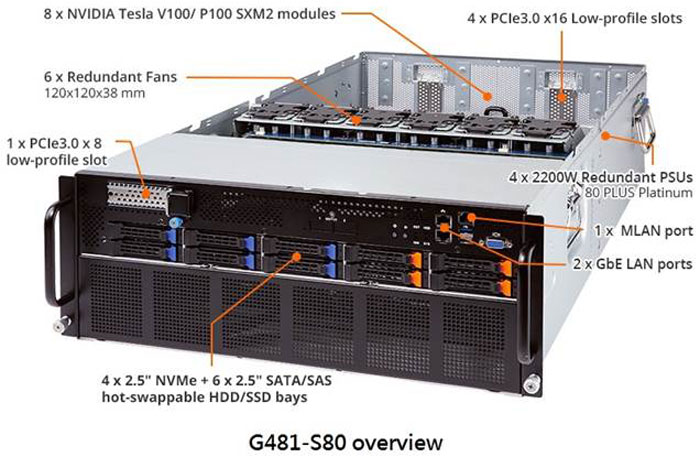 The G481-S80 accommodates up to 8x SXM2 form factor GPUs, such as the Nvidia Volta V100 or Pascal P100, with support for NVLink GPU to GPU interconnection fabric, offering higher bandwidth, more links, and improved scalability. Gigabyte gives an example of "a single Nvidia Tesla V100 GPU can support up to six NVLink links with a signalling rate of 25GB/sec in each direction, equalling a total bandwidth of 300GB/sec." 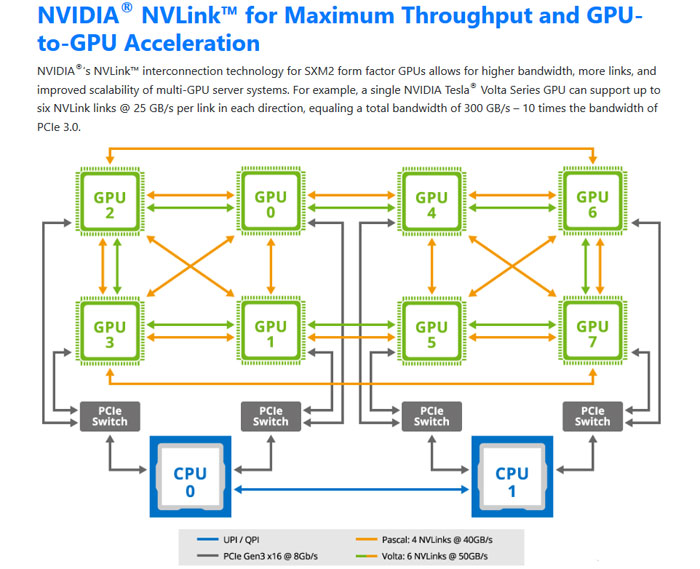 Four PCIe expansion slots are present to support network connectivity, such as InfiniBand for RDMA for high-throughput, low latency GPU to network connectivity for each GPU pair. As standard the G481-S80 features dual 1Gb/s BASE-T LAN ports (Intel I350-AM2) at the front of each unit, as well as 1Gb dedicated management LAN ports front and rear. 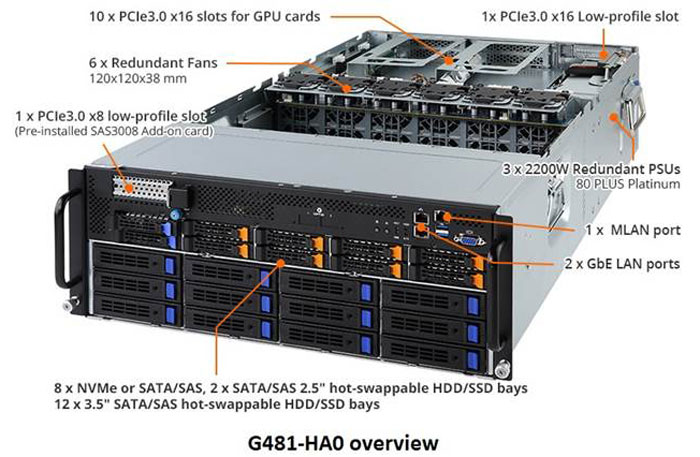 Turning to the G481-HA0, this 4U server can fit up to 10 PCIe GPGPU cards. That is the maximum GPU density available in this form factor on the market right now. In addition to the PCIe expansion slot offered in the rear of this 4U server, suitable for networking expansion, you can choose to add further networking cards in place of one or more GPU cards. 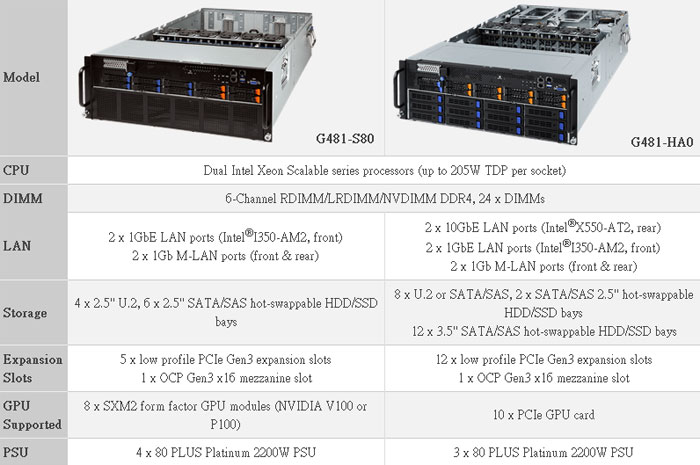 Both models also feature a PCIe expansion slot in the front above the storage area to attach a hardware or software RAID card, with a battery backup unit slot for additional data protection. Cooling in both 4U servers includes a 'dual fan wall' made up of 12 hot-swappable fans between the CPU and GPU areas creating a large 'airflow tunnel'.

Gigabyte asks that interested parties head on over to b2b.gigabyte.com for more information.

Posted by 3dcandy - Tue 08 May 2018 10:08
Build your own power station to power it too. I'm guessing the pcice will be on application too