Apple is due to release its new Xeon & Vega-powered iMac Pro before 2017 is out. That's obviously not far from now, and key operational information about the upcoming desktop computer has started to leak (we already know the official  ouline hardware tech specs). The sources of many of the pre-release insights are Apple focussed developers such as Steve Troughton-Smith, Jonathan Levin, and Guilherme Rambo with good track records of finding out about Apple releases ahead of launch. 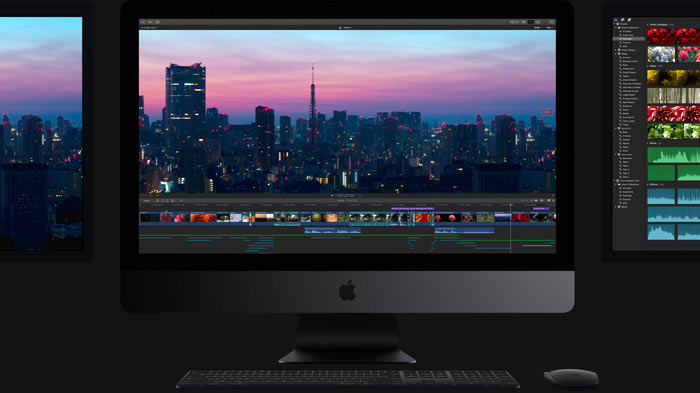 According to the sources, the new iMac Pro will feature dual Apple A10 Fusion processors. Previously Apple used an ARM chip in the MacBook Pro touchbar but this A10 Fusion, introduced with the iPhone 7, is much more powerful and is expected to do much more work in the system. 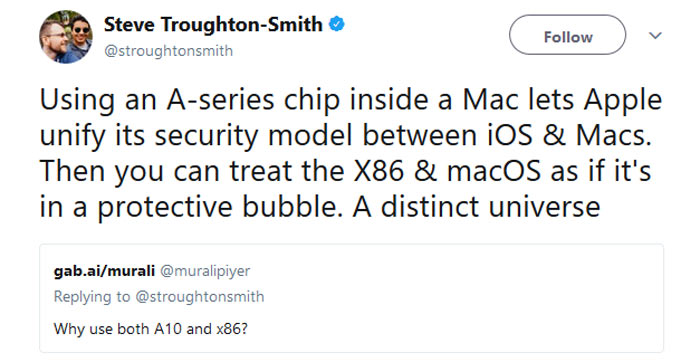 By investigating the early releases of the Bridge OS, prying eyes have found that the ARM-based processor seems to handle the MacOS boot and security process. It boots up the Mac x86 and passes it an EFI firmware to load. "One could say that the x86 is the coprocessor, and the A10 is in control," noted Steve Troughton-Smith on Twitter. Smith went on to explain the security benefits; "Using an A-series chip inside a Mac lets Apple unify its security model between iOS & Macs. Then you can treat the X86 & macOS as if it's in a protective bubble. A distinct universe". 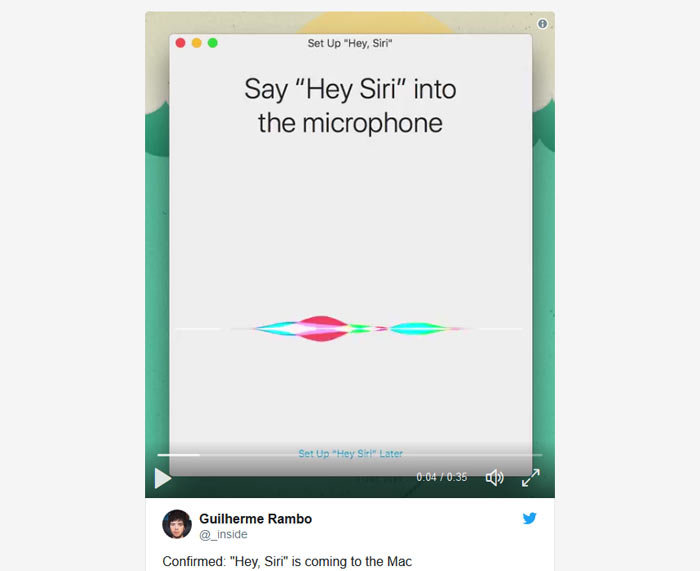 With A10 Fusion chip present and enabled for always-on in the new iMac Pro users will be able to command their Mac even when it is 'off'. This aspect of the new iMac has been most closely considered by Guilherme Rambo on Twitter. The developer confirms that Hey Siri is coming to the Mac. Furthermore, Rambo has gone on to find other telltale resources in Bridge OS such as Siri thinking sounds, FaceTime camera control, and the voiceover from the Bridge OS EFI login (32 languages).

We will have to wait until next month to officially hear the full extent of the tasks the A10 Fusion chip will be used for in Apple's iMac Pro computers. It will be interesting to hear how Apple explains the usefulness of the features the A10 can deliver to these US$5000 plus Xeon/Vega desktop PCs.

Posted by Glock24 - Mon 20 Nov 2017 14:02
OK, now besides having Intel's ME, you have another potential spy system in place. Nice.
Posted by Strawb77 - Mon 20 Nov 2017 18:08
quite.
Posted by ETR316 - Mon 20 Nov 2017 21:47
same idea really as Cortana, most bitched about it. I wonder if the apple worshipers will bitch the same.
Posted by DDY - Mon 20 Nov 2017 23:13
I'd imagine most expensive Mac owners would have Siri on their Iphones anyway… Can't lose your privacy if you've lost it already, amirite?
Posted by peterb - Mon 20 Nov 2017 23:54
It’s not especially Siri/Cortana/Alexa/ and so on are the risk, they are just another method of transmitting information, it’s the apps that might might make use of the microphone/camera/location services that are the potential and more insidious risk.