On Tuesday, at its HDD Reimagine event, Western Digital introduced what it calls OptiNAND technology. From the name you might immediately conclude that this is some kind of rehashed SSHD technology that WD is putting forward, but it insists otherwise. Some key differences are that the embedded controller NAND isn't used as traditional data storage, and OptiNAND is a multi-tier architecture change which also includes a new SoC and proprietary firmware algorithm. The result is the best 20TB+ drives with enhanced capacity, performance, and reliability, says WD. 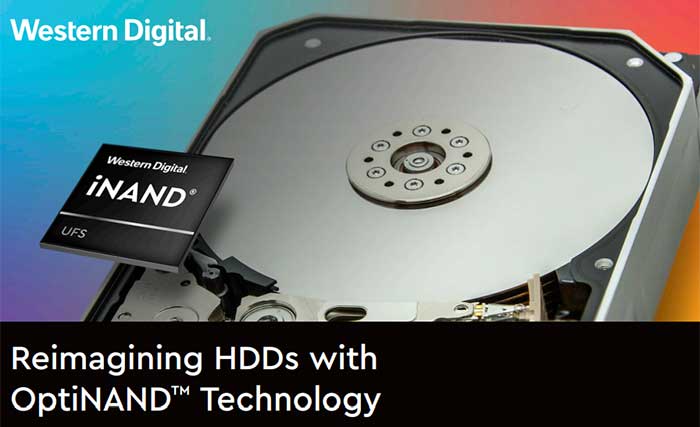 Accompanying the brief press release, WD has made a useful tech brief available (PDF) that gives one a better grasp of how OptiNAND works in practice. From reading through this info, it appears to be the case that the biggest benefit of the actual NAND within this solution is in the holding of HDD metadata.

WD says that "HDDs generate gigabytes of metadata that can be utilized to increase areal density," but this data easily grows to be too big for holding in DRAM, and would be slow to access from the HDD itself. Thus, the embedded iNAND flash and firmware comes into play as an economical / performance storage hierarchy sweet spot. Metadata is used by the HDD to increase areal density of the triple stage actuator (TSA)-based dense areal density. 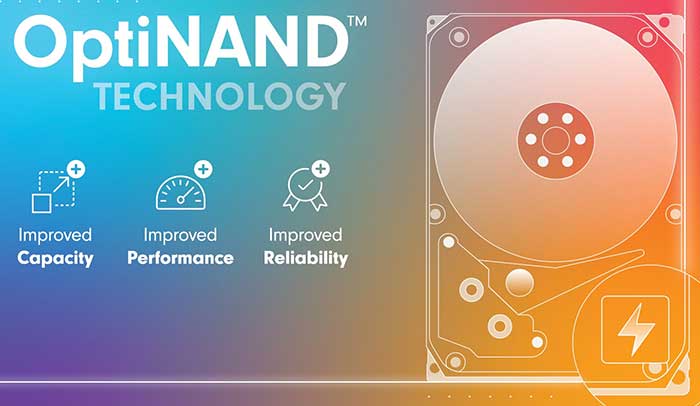 We don't know the sizes of the flash memory chips WD is going to incorporate into its OptiNAND drives, but it says they are large enough to hold about 50x more data than previous drives could if there is an emergency power off (EPO) event, for example. That could save your bacon (data) if you don't have other safeguards in place.

Another big claim for OptiNAND is that it will increase reliability of WD's upcoming HDDs. WD says that thanks to this new tech it will be able to go ahead and extend the capability of energy-assisted PMR (ePMR) for multiple generations, and this will probably be broadly welcomed by customers. The use of other proven technologies like triple stage actuator (TSA), Energy-assisted magnetic recording (EAMR), and HelioSeal are set to continue.

Also interesting is that WD says that its new SoC will be able to address NAND in different modes, supporting "both SLC for write-heavy operations and TLC for read-heavy operations in the same device". 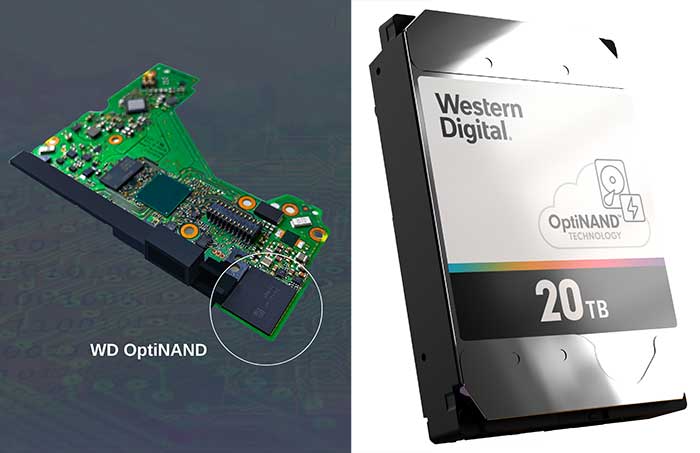 WD has already shipped samples of 20TB ePMR flash-enhanced drives with OptiNAND technology to select customers. It expects to add OptiNAND products to its purchasable portfolio later this year, and 50TB+ OptiNAND drives to emerge in the second half of this decade.

Posted by Tabbykatze - Wed 01 Sep 2021 12:52
Interesting, so if it has EPO protection so in the event of a power off occurring mid flush, you can effectively do away with a BBU write cache for your drives.

It feels like a SLOG mixed with an ARC for ZFS storage mediums.
Posted by ohmaheid - Wed 01 Sep 2021 13:36
During an EPO, there is a high possibility of physical platter/head damage. How will NAND fix that? Or maybe recovery software can re-locate data to non-damaged parts of the platters. This is a good thing.
Posted by azrael- - Thu 02 Sep 2021 09:43
Probably demonstrated with SLC/MLC/TLC and then later to be switched out for PLC. Gotta save those 2 cents.
Posted by DanceswithUnix - Fri 03 Sep 2021 21:46

ohmaheid
During an EPO, there is a high possibility of physical platter/head damage. How will NAND fix that? Or maybe recovery software can re-locate data to non-damaged parts of the platters. This is a good thing.

IIRC if hard drives lose power then can use the spinning platter as an energy store, and the motor as a generator to power itself long enough to safe the drive. That must have been about 25 years ago they started doing that? Hot swap drives wouldn't work very well if this wasn't a completely solved issue.