Samsung appears to be readying to release a revamped line of 2.5-inch SATA interface EVO SSDs. German tech site WinFuture has spotted listings, plus product and packaging renders, at both European and US retailers and shared them ahead of the weekend. The range will deliver modest speed improvements over previous models. 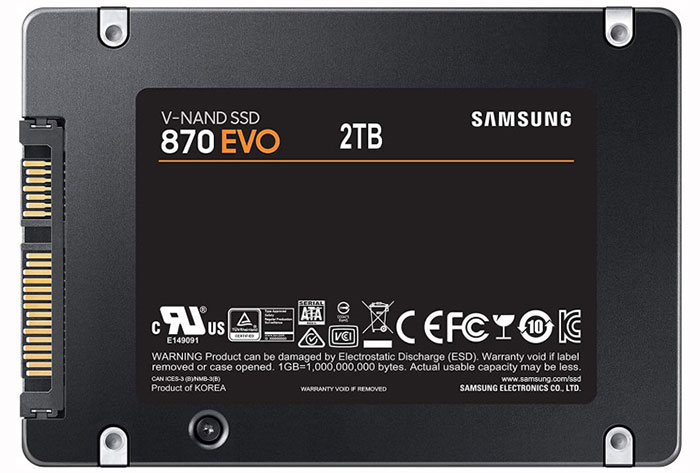 WinFuture has a plentiful selection of crystal clear Samsung SSD 870 EVO images, and some specs from the product packaging. It says that Samsung hasn't yet gone official with this line but from the listings it has found there will be five capacities on offer, as per the SSD 860 EVO – 250GB, 500GB, 1TB, 2TB, and 4TB. We know that the SSD 870 EVO range will be available in 2.5-inch SATA form factor but not mSATA or M.2 variants have been confirmed as yet by any source. So far, so unrefreshing.

The refresh isn't going to deliver a huge speed improvement. WinFuture says that the new sequential read/write figures, in MBps, will be up to 560/530, respectively. The sequential read/write speeds are just 10Mbps faster compared with the SSD 560 EVO. Sadly we don't have any random read IOPs figures to share at this time. 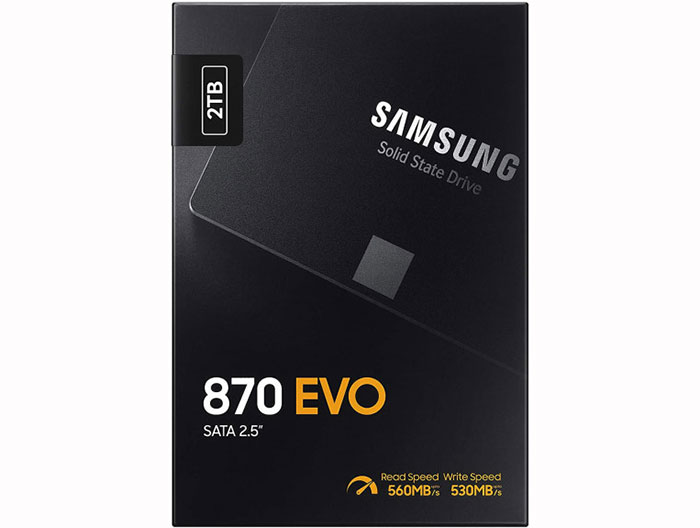 Samsung might have managed to eke a little more out of the SATA interface using newer controller and/or NAND technologies. Whatever the case the new tech doesn't have an impact on durability, one might assume according to the 2400 TBW (Terabytes Written) for the 4TB model – another unchanged stat from the SSD 860 EVO. The devices carry the same five year warranties as previous generations.

This morning Samsung sent out invites for its Unpacked 2021 event, scheduled for 10am EST (3pm GMT) on Thursday 14th January. You will be able to watch the show, which takes place on the last day of CES 2021, live via the Samsung Newsroom. 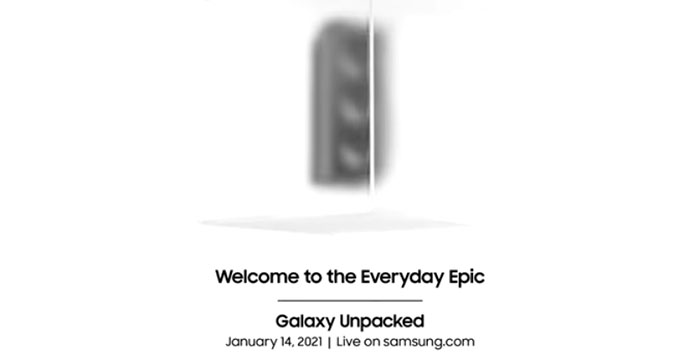 It is pretty certain the main event will be the revealing of the Samsung Galaxy S21, S21 Plus, and S21 Ultra smartphones - and we should learn more about the Exynos 2100 SoC. The Galaxy S21 devices have already been widely leaked with the key tech specs claimed to be known already.

3dcandy
To be fair SATA SSD's are rather old hat these days. nvme are much faster and convenient too - a decent gen4 nvme drive is 10x faster easily

They're much faster in terms of numbers but in practice don't make too much difference for gaming, I think LTT did a video on it.

SATA is also about half the price of NVMe so they're good for budget builds or if you're looking for more storage but still want an ssd.
Posted by 3dcandy - Mon 04 Jan 2021 12:55

HW90
They're much faster in terms of numbers but in practice don't make too much difference for gaming, I think LTT did a video on it.

SATA is also about half the price of NVMe so they're good for budget builds or if you're looking for more storage but still want an ssd.

Eh? And? They also use less power. Each to their own but gaming load is just one part of the difference an ssd makes - sata v nvme I did a quick test when upgraded last time and boot times reduced by 20 seconds, and loading apps/programs was much much faster and the whole system far more responsive. Heck even video rendering times was like 30% faster because of the faster io
Posted by LSG501 - Mon 04 Jan 2021 13:16

HW90
They're much faster in terms of numbers but in practice don't make too much difference for gaming, I think LTT did a video on it.

I think the real issue at the moment is more down to how the games are currently coded and we'll likely see more gain in the future as games make use of the new faster loading options such as directstorage and smart access memory.
Posted by liquidflower - Mon 04 Jan 2021 13:26
How is the 870 evo for write endurance and lifespan compared to previous ones like 860 evo, 850 evo, etc as well as the PRO versions?

the 870 uses QLC which is suppose to be more fragile and easier to wear out than MLC, but has the same write endurance as the 860?
the 860 uses MLC
not sure what the 850 used
the 840 used TLC


MLC has a higher bit error rate to SLC