HEXUS reported upon Gigabyte first entering the SATA SSD space with this very series two years ago. As a reminder, the UD Pro series don't go all out for speed (they are SATA interface drives after all) but major on the incredibly important quality of reliability. If you head on over to any of the three product pages linked in the intro, you will see Gigabyte comparing the new UD Pro series directly against HDDs, as well as focussing upon delivering "reliability you can trust". 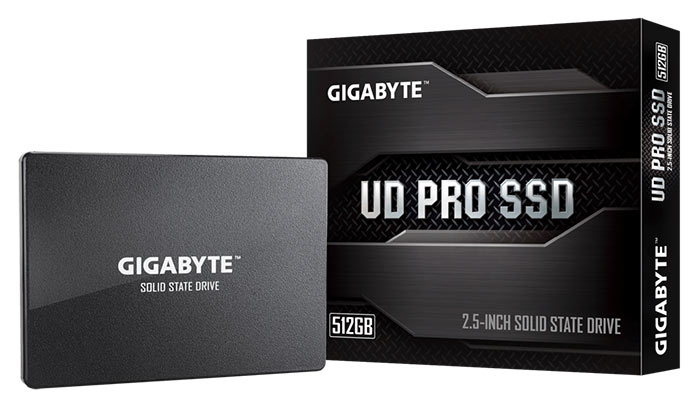 On the topic of reliability, Gigabyte doesn't just make empty PR claims, it uses recognised storage industry metrics to boast about the new UD Pro series. For example, these new drives offer up to an MTBF of 1.6 million hours and 5 years, or a 750TBW limited warranty. The models these new UD Pro SSDs will replace maxed out at 512GB capacity, 200TBW, and came with three year warranties (though did boast MTBFs of 1.8 million hours).

The new 3D NAND flash from Kioxia isn't just claimed to be more reliable, it also offers higher density and capacities, and is thriftier on power consumption. All the stats and design choices might sound somewhat skewed away from performance but the UD Pro series are about as good as SATA SSDs can be in this respect too, using a 256MB DRAM cache for better sustained speeds and IOPS. 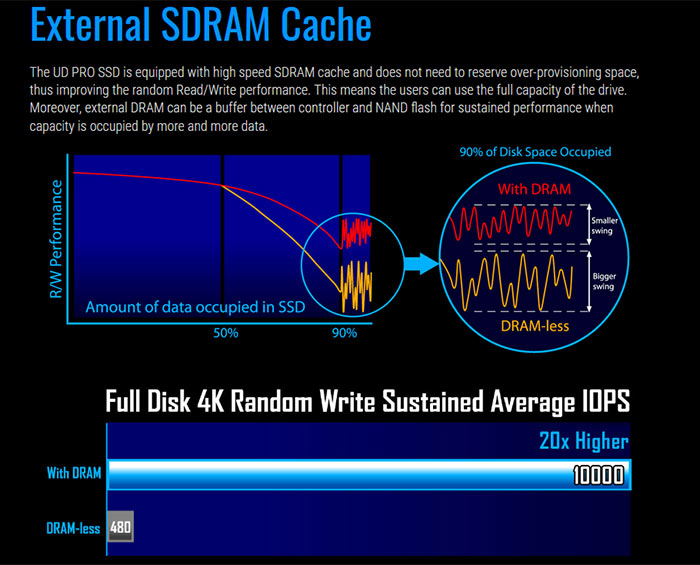 Using a new updated version of SSD Toolbox, users will be able to keep a close check on things like firmware version, health condition, drive optimisation, sensor temperature - as well as functions like secure erasure.

I couldn't find listings for the new Gigabyte UD Pro SSDs at the time of writing. Pricing and availability isn't known at this time. While the Gigabyte product pages are all updated, all the product listings I found in the UK were for the 2018 versions of these SSDs.