World data generation is set to grow >40 per cent year on year spurring on the need for HDDs, or other data storage tech, with ever greater capacities. With this in mind SDK has developed a next gen HD media for HAMR-based HDDs to use. 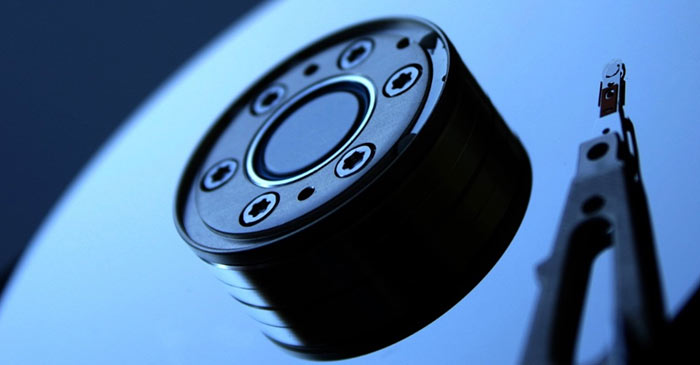 SDK appears to have finalised its first set of new HD media films and is looking to work with HDD makers in its commercialisation as it ramps up for full-scale supply. The new films use a Fe-Pt magnetic alloy with a new structure of magnetic layers. It says this process results in "magnetic coercivity several times as high as the existing most-advanced HD media, while achieving low noise due to very small crystal grain size and optimized grain size distribution control".

Looking at some numbers to back up the claims of SDK, we are told that the conventional magnetic recording (CMR) methods used today deliver a recording density of approx. 1.14Tb/in2. The new HAMR-based HD media will achieve recording density of 5-6Tb/in2 in the future, says SDK. Thus using the same number of platters the resulting 3.5-inch HDDs should be able to achieve 70 to 80TB per unit.

While SDK is the world's largest independent maker of platters for hard drives, big players like Seagate and WD prefer to use in-house designed and made media to keep costs down. Toshiba plans to use SDK's 2TB MAMR (microwave-assisted magnetic recording) platters for its 18TB HDDs later this year but hasn't indicated any timescale for moving to HAMR.

Our last look at a major HDD maker's roadmap, 14 months ago, saw Seagate predicting 100TB HDDs by 2025. It will be interesting to see if SDK's very small crystal grain size and optimised grain size distribution HD films will help storage makers improve on this.

DevDrake
currently the HDD seems to have stagnated prices. I am not really tempted to buy another drive even I could use additional space. Lets see if that development will speed up availability of consumer friendly drives on the market or not :)

Yeah I'm kind of like this too… I keep thinking shouldn't larger hard drives really be a bit cheaper by now considering they keep saying they're going to make bigger and bigger. I've honestly been looking at swapping out my existing hard drives for ssd's and even thinking should I bother with hard drives in my next build because I'm not sure they make financial sense at the current prices.
Posted by 3dcandy - Tue 11 Feb 2020 07:59
Yup - seems like many people just pay whatever the price is. Most I know never use all of their hard drives anyhoo they are on different devices. Did an upgrade for someone beginning of year and changed his boot hdd for an ssd. He was clueless now he turns on pc he hasn't used for years
Posted by Gentle Viking - Tue 11 Feb 2020 11:16
I don't have room in my current setup as it is a modified case and the new hardware are just thrown in, and so my 4TB “spinner” and my 256GB SSD well they just lie on top of the DVD drive and are only loosely secured.
But the case i am working on ( just left worktable / living room work table ) will retain 1 of its original 3 drive cages, and its location for 2 SSD drives.
Even when i plan to populate my nvme slots on the motherboard, then “really big” storage i am not able to afford in those slots, and that's where slow SSD and “spinners” come in.
And even with a higher end PC, well when i output say 4K/60 video from my editing software, well that still happen at a rate where a spinning disk can keep up.
But i will like to get another 4 or larger TB spinning disk, but that will have to wait a while.