Gigabyte is at the CES 2019 with a very wide range of existing and new components, peripherals and laptops under the Gigabyte and Aorus brands. The new components and peripherals highlights include; the Aorus RGB SSDs in AIC and M.2 form factors, the new range of GeForce RTX 2060 series graphics cards, and the new Aorus gaming monitors.

The newest Aorus RGB SSDs come in two form factors, AIC and M.2. Gigabyte claims these are the first SSD on the market to have full lighting synchronisation with motherboards. The M.2 model will be delivered in 256GB and 512GB capacities and are capable of sequential read speeds up to 3480MB/s and sequential write speed up to 2000MB/s. As you can see in the pictures they are nicely finished with an anodized, aluminium heatsink featuring the Aorus falcon motif. 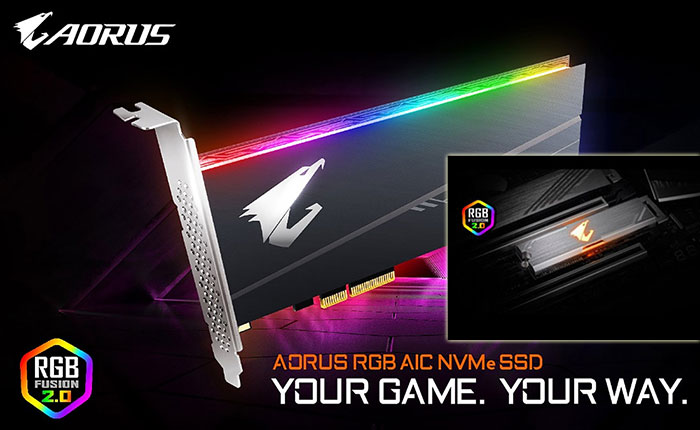 The larger Aorus RGB AIC SSDs that fit into a vacant PCIe slot have the edge for performance, and Giagbyte is supplying them in greater capacities too. They are available in 512GB and 1TB and can provide sequential read speeds up to 3480MB/s and sequential write speeds up to 3080MB/s. The design of the AIC is inspired by the Z390 Aorus Motherboard series and as a larger component can have a superior thermal solution compared to the M.2 sticks.

Both the AIC and M.2 form factor SSDs come with RGB lighting leveraging RGB Fusion 2.0, which will be integrated throughout the range of Aorus and Gigabyte products from now on.

In the video interview at the CES we were told that the SSDs are equipped with Phison e12 controllers and 0.5GB DDR4L RAM caches for perky performance.

This is a high-end gaming monitor based around a 27-inch 1440p 10-bit IPS 144Hz panel. It supports AMD FreeSync tech for slick fast paced gaming action. Other interesting gaming features are the 'Tactical' overlays in hardware which can bring up a dashboard with monitor settings, frame-rate monitoring, a reticule, and more. As it is built into the monitor these are not detected by software on your PC and won't eat up CPU cycles. 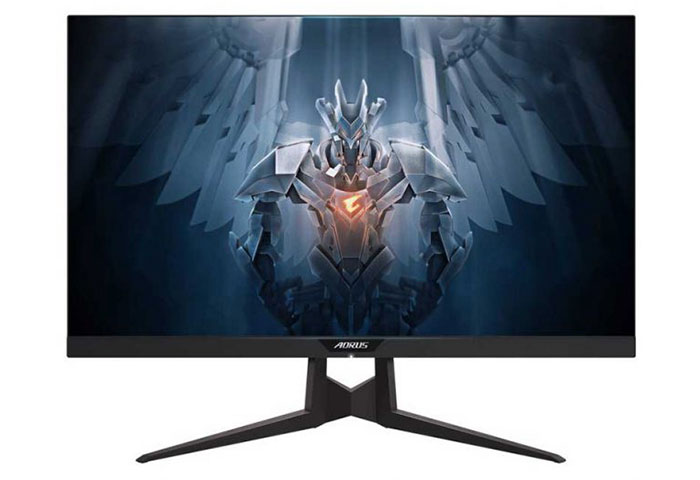 Gigabyte claims this monitor is capable of covering 95 per cent of the DCI-P3 colour space. The screen is HDR 400 capable too.

Looking at the externals, the stand is adjustable for pivot, tilt, swivel and height adjustments. Again we have RGB Fusion 2.0 lighting available, nearly all of it round the back of the monitor. Ports include; 2x HDMI ports, 1x DisplayPort 1.2, headphone and mic jacks, and 2x USB passthrough ports with fast charging. Gigabyte says that it has integrated the power brick into the monitor chassis. 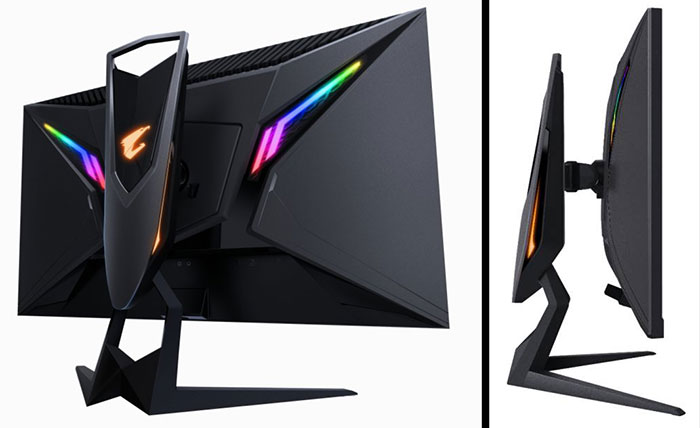 If you are interested in the Aorus AD27QD Tactical Display it will become available in the coming weeks priced between £500 and £600.

tigerwaldo
The monitor must already be a leading contender for Most Useless Application of RGB 2019.

I dunno… a monitor-based overlay with its own reticule might be popular in certain games, to circumvent ‘cheat’ mods/aids and means you don't have to stick markers on your screen… And I'm sure a few hobby-overclockers will boost their performance if they no longer need to run FPS counters and things.

What's the problem with Flash?
Is it as life-threatening as their typoed Aorus (which has only one ‘u’) on Andrew Ditchburn's caption? :D