Samsung has launched a new range of 2.5-inch form factor SATA interface SSDs. The new Samsung 860 QVO SSD targets the entry-level consumer with a yearning for capacity. The firm uses its own high-density 4-bit multi-level cell NAND flash architecture to deliver drives with up to 4TB capacity. Samsung's headline claim is that the 860 QVO range's combination of capacities and price points delivers terabyte capacities to the masses. 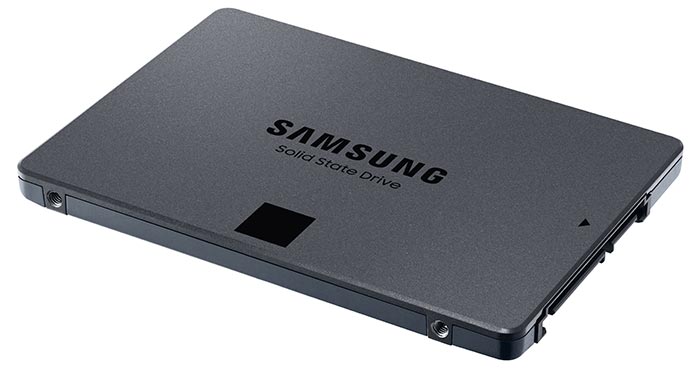 In a canned statement Dr. Mike Mang, vice president of Brand Product Marketing, Memory Business at Samsung Electronics, said that larger capacity storage is in demand from consumers due to the popularity of the consumption and production of more high resolution files. Mang mentioned the usual suspects, such as 4K videos and graphics-intensive games as being major capacity crunch contributors. Samsung intends to directly address the demand for "fast performance, reliability and value," with its new 860 QVO range.

Samsung's performance claims for these SATA drives is in line with what one might reasonably expect. In its own tests an 860 QVO SSD exhibited sequential read and write speeds of up to 550 megabytes per second (MB/s) and 520 MB/s, respectively. That is on a par with contemporary 3-bit MLC SSD, "thanks to Samsung's latest 4-bit V-NAND and the proven MJX controller". Samsung added that the drive uses Intelligent TurboWrite technology for sustained performance levels. 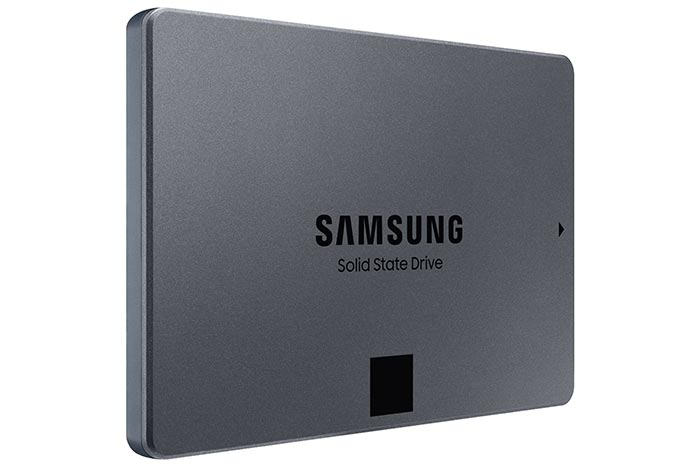 Buyers of the Samsung 860 QVO SSDs will get a three year limited or total bytes written based warranty, depending upon drive capacity. Please consult the specs table below for details.

Last but not least, the 860 QVO SSDs will become available worldwide starting next month and Samsung has quoted an example MSRP as $149.99 for the 1TB model. The correct pricing level is essential to the success of any proposition headlined with a boast about its value. As The Tech Report mentions in its 860 QVO review conclusion, there is a disconnect between MSRPs and street pricing which means that these QLC drives don't appear to be worth it. Thanks to the competitive forces at play in NAND production, SSD production, and retail - Samsung's new 15 cents per gigabyte QLC drives are outgunned by "excellent TLC drives like the Crucial MX500 500 GB or Samsung's own 860 EVO 1 TB for 13 cents per gigabyte or less". Additionally, one has to wonder about the real-world reliability of QLC NAND.

Also, I wouldn't bother even at £100 per TB.
Not when a 4 TB HDD is £84.
Posted by Tunnah - Thu 29 Nov 2018 01:08
I'm interested in smaller QLC cheap as chips drive to bang into a RAID0. 4TB across 4 drives on SATA3 would be a fraction of the cost of M.2 and only benchmarks would show a difference of speed.
Posted by nobodyspecial - Sun 02 Dec 2018 17:06
Stick to what I bought. Crucial MX500 1TB, now $13 less than I paid…LOL. $127 everywhere for 1TB right now in USA (2 days after I got my 512GB delivered…LOL, dang it I wanted a 2nd TB model) with proven tech and the same speeds. Need more speed, have a bit more to spend buy an HP ex920. Almost bought a crucial P1 for Black Friday, but after reading, HP was going to win that purchase hands down but they were out of stock (no surprise, best drive for the money for speed). I'll keep going crucial to support usa rather than china unless their drive just sucks (P1 fast but questionable as a major WRITE type guy here). HP upped the writes and warranty so I wanted one of those as their perf is great.

OH well, maybe nvme/pcie next Q. I can wait for 96 layer from USA too if forced :) I still have 2 wireless keyboards to buy (logitech K810's, same as other HTPC) for 2 HTPC's being built, so yet another SSD will have to wait a bit unless some great last minute xmas sale hits. Every PC in the house has SSD boot drives now anyway so after that it's just icing to me (boot/app/game starts are what I mostly wanted to be fast). Just looking to replace all internals with 1TB at this point. I only buy 8TB externals now as I move 3TB models out of their shells and into HTPC's…LOL. It's a never ending treadmill for PC's. Certs or hardware…ROFL. I currently have too many spinning drives in my PC's for my taste still (3 in my main pc, 2 SSD's too). I want that down to ONE spinning drive in each PC at some point, & the rest SSDs. I'm looking VERY forward to next year though. 7nm gpu, cpu, DDR5 etc, 2TB at 1TB costs probably in SSD. YUMMY. I'll be saving all year to explode next Christmas on PC parts…ROFLMAO. This year I'd call a dud. Too many things just out of reach tech wise. If 7nm had hit, I'd have had a major xmas this year in gpu and cpu. Oh well. Instead I'm basically just moving stuff around a bunch with 1 PC purchase in parts on top. Such is life ;) Replacing multiple rokus was ok for $100 though :) Everyone enjoys that at home. Youtube, rewinding/ff etc all works better on new 4's than old 2's or 3's. Voice search enjoyed by all.