Samsung has launched its new 970 PRO and EVO M.2 NVMe SSDs. The South Korean electronics giant claims that these new high-performance storage devices, aimed at tech enthusiasts and professionals, can deliver up to 30 per cent faster sequential write speeds compared to the previous generation.

In a statement within the press release Samsung SVP of Memory Business Brand Product Marketing, Un-Soo Kim, said “Samsung has led the NVMe SSD industry since its inception, and the company continues to define the latest standards of consumer storage with unprecedented performance of the 970 PRO and EVO SSDs.” Kim added that “The 970 series sets a new bar in all aspects for the NVMe SSD market with groundbreaking performance, superior reliability and best-in-class capacity.” 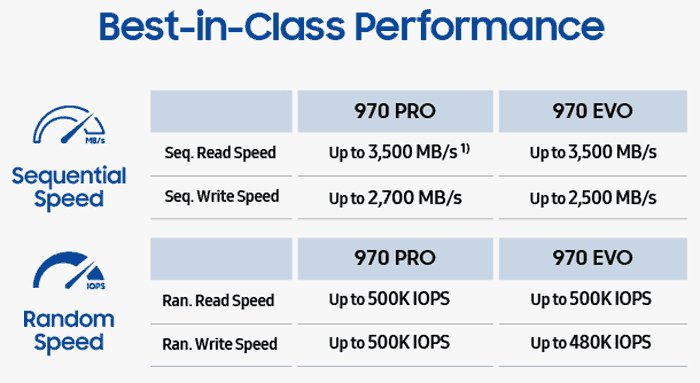 Samsung attributes the perky performance on use of its latest V-NAND MLC technology and the newly designed Phoenix controller. In further explanation of the performance uplifts from previous gen devices Samsung says that the 970 EVO utilizes Intelligent TurboWrite technology, which uses a large buffer size of up to 78GB to enable faster write speeds. 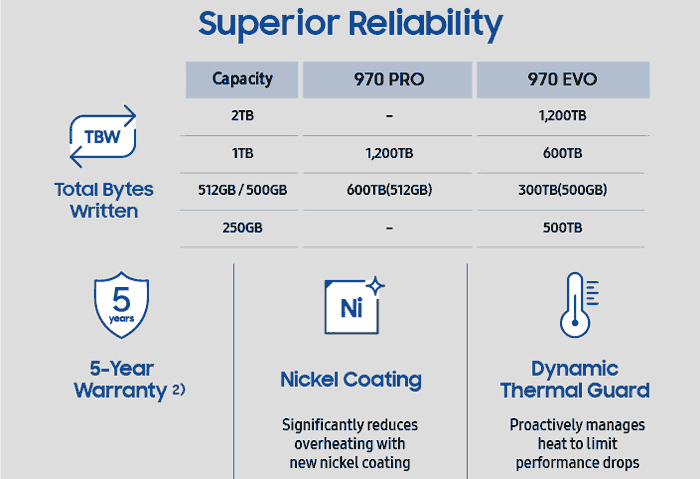 Of course other important considerations when purchasing data storage devices are reliability, endurance, and price. In answer to these considerations, Samsung says that again it has upped the ante with 50 per cent higher TBW figures than previous gen devices, five year warranties as standard, and Dynamic Thermal Guard technology to keep temperatures in check. 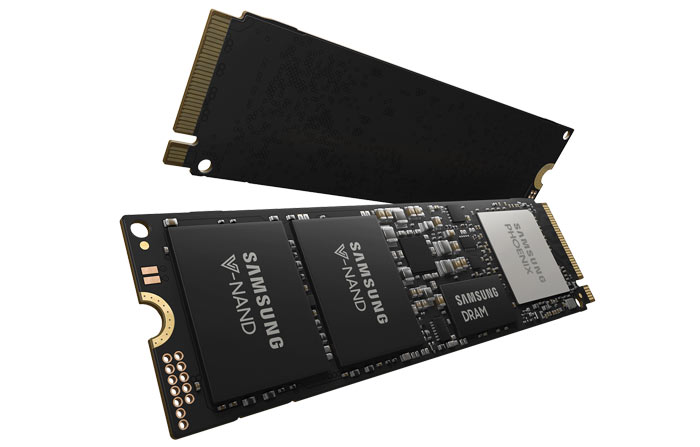 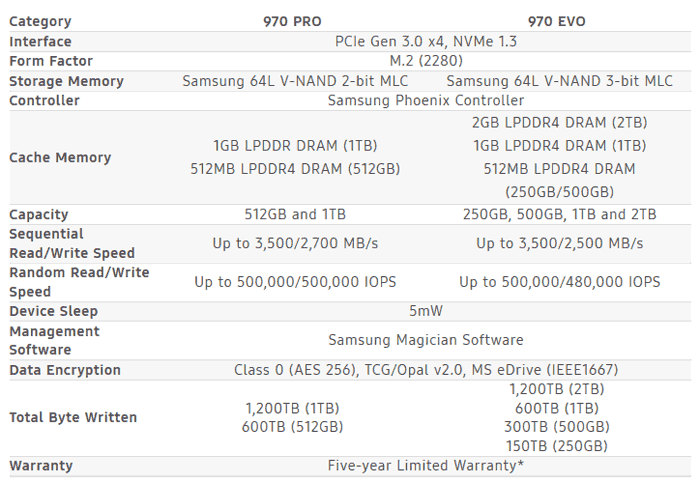 Posted by GoNz0 - Wed 25 Apr 2018 10:39
I will never buy another Samsung SSD again, the product support is terrible, refusal to release PSID revert tool is a great move considering other manufacturers have them available, promises of SED support that doesn't work when it's released over a year after release. I am now sat with a drive in secure mode that cannot be reverted without an RMA.
Posted by lumireleon - Wed 25 Apr 2018 10:54
just wondering…is intel's 3Dxpoint technology more superior than anything Samsung has to offer?
Posted by 3dcandy - Wed 25 Apr 2018 11:04

Doesn't appear to be. When eventually launched the performance was less than promised and the price was higher than expected. It's different anyway. Google throws up lots of if whens and maybes.
Posted by Hoonigan - Wed 25 Apr 2018 12:42

Depends how you define superior. 3DXPoint as a non-volatile memory technology is theoretically superior in many ways to NAND flash, particularly compared to MLC and TLC, but the price per GB is very high.

In terms of actual shipping products the Optane drives generally have high endurance figures compared to equivalent size NAND based products, stronger performance at low queue depth, don't require high queue depth to reach maximum performance and have lower and more consistent latency. On the downside Optane drives are very expensive, power hungry, capacity is low and they don't win in every scenario or in a way that would affect many applications.

I've successfully used Optane drives as caches but the capacity is too small to be useful as a general storage drive.