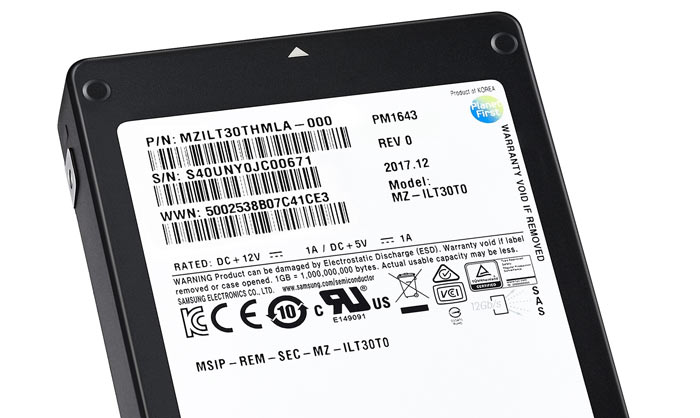 In constructing the 30.72TB capacity PM1643, Samsung used 32 of its new 1TB NAND flash packages, each comprised of 16 stacked layers of 512Gb V-NAND chips. For caching, TSV technology is used to interconnect 8Gb DDR4 chips, creating 10x 4GB TSV DRAM packages, totalling 40GB of DRAM. This is the first time TSV DRAM has been used in an SSD, boasts Samsung. To make the most of the other components Samsung introduced a new highly efficient controller architecture that integrates nine controllers from the previous high-capacity SSD lineup into a single package.

Samsung supplied some interesting preliminary performance figures for the 12Gb/s SAS interface PM1643. It features random read and write speeds of up to 400,000 IOPS and 50,000 IOPS, and sequential read and write speeds of up to 2,100MB/s and 1,700 MB/s, respectively. Compared with a 'typical 2.5-inch SATA SSD' it offers approx four times the random read performance and three times the sequential read performance, says Samsung. 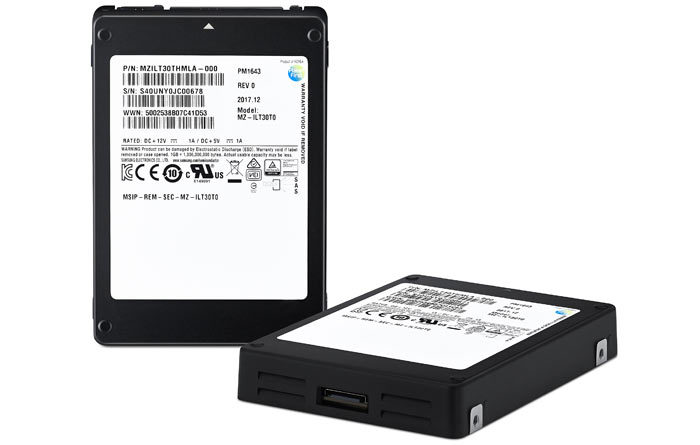