You are here:
Network Hardware News

Razer has launched its first networking product, the Razer Sila gaming mesh router. In an associated press release, the firm claims that the Sila is the "fastest gaming grade Wi-Fi router for PC, console and mobile," and that it can deliver best-in-class speeds and an interference-free connection even in the busiest Wi-Fi areas. 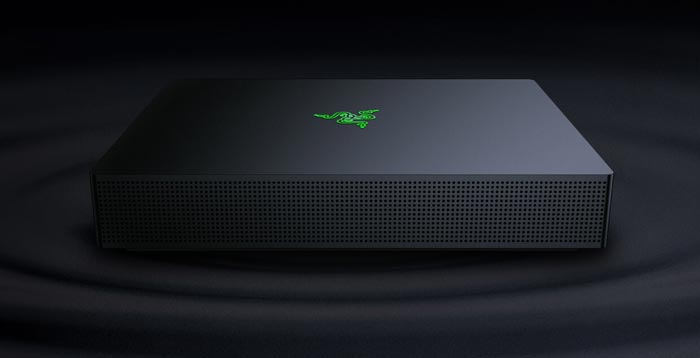 With the growing popularity of mobile gaming and the fact that many home owners don't want the expense or upheaval of creating a wired network for every room (I use HomePlug networking) Razer says its Sila router comes into its own, as it is "designed to deliver lag-free gaming and smooth, interruption-free streaming over a fast wireless network". Third party testing by Allion USA backs up Razer's outperform claims for mesh routers in 'busy' real-world environments. 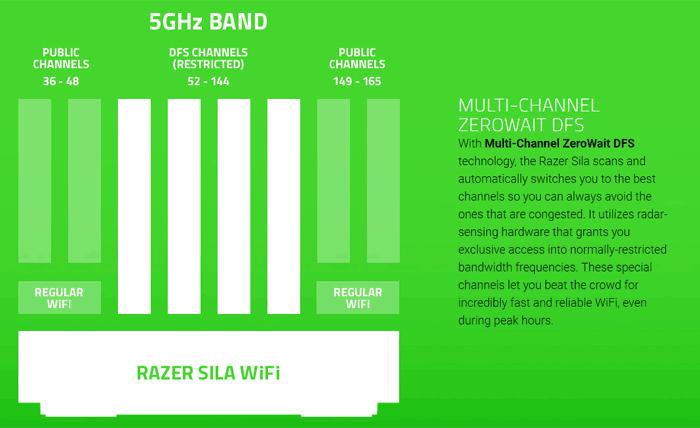 The Razer Sila uses the following key technologies to achieve its claims: 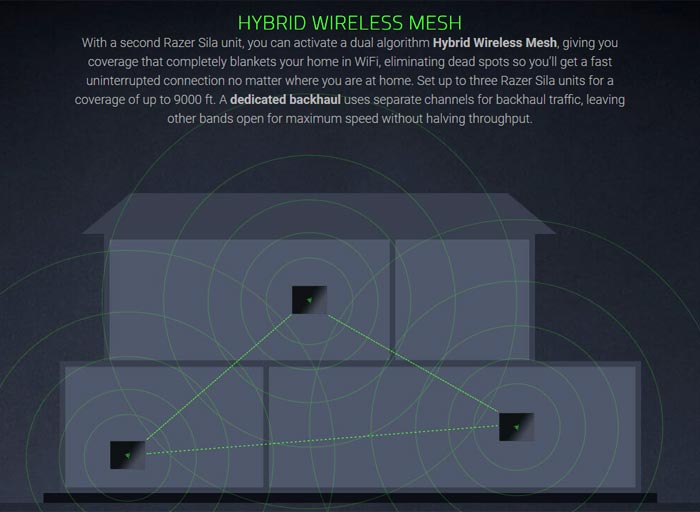 Razer's design partner for the Sila was Ignition Design Labs, a technology and engineering firm founded by alumni of networking giants Qualcomm and Broadcom.

If you are interested in buying one or more Razer Sila routers, they are available now from the Razer Store and other outlets worldwide. Suggested pricing is USD $249.99 / EU €299.99. 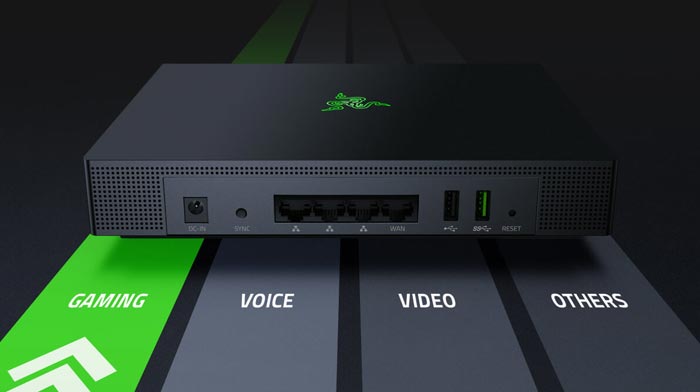 bridges009
When is WPA3 going to come on the market?

Not sure, but good manufacturers should be pushing out updates to implement it in existing supported routers. There's no new encryption algorithms that would require dedicated hardware to implement it.
Posted by Gh0sty - Thu 04 Oct 2018 16:50
£279.99 for a single unit meaning to get Mesh networking is going to cost upwards of £560 depending on how many units you need. I paid less than the cost of one for my system, admittedly it doesn't have a dedicated gaming channel but its fast as and does everything I need it to.