At their high altitudes Project Loon's WOC links could operate efficiently while the network nodes (balloons) were 100km+ apart, nearer to earth there are more issues with atmosphere borne interference like fog, haze, or even flocks of birds. Sometimes optical cabling is hard to run between relatively short locations due to topography, and this is where Taara can be extremely useful for connectivity. 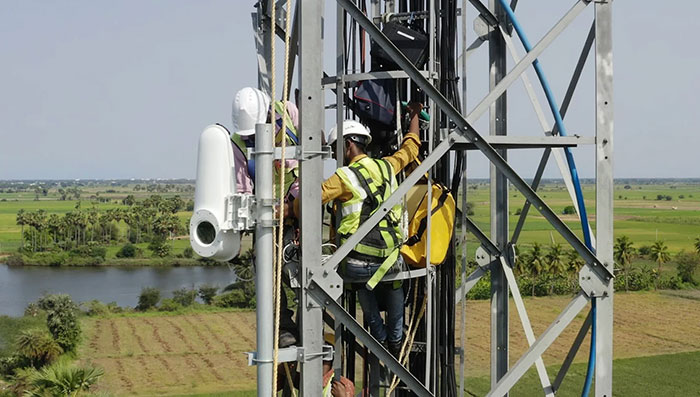 A compelling case for the testing of Taara was presented by two Congolese cities. Brazzaville (pop. 2.5m) in the Republic of the Congo, and Kinshasa (pop. 17.1 million) in the Democratic Republic of Congo, are separated by just 4.8km. However, the obstacle is the Congo River, the world’s deepest and second-fastest river. "Connectivity is five times more expensive in Kinshasa because the fibre connection has to travel more than 400kms to route around the river," says the Alphabet blog.

Alphabet's researchers have been working in three key ways to refine WOC, which has made them suitable for purposes like spanning the Congo River with near-fibre connectivity speeds. Firstly the scientists have refined pointing and tracking so that a beam the thickness of a chopstick can hit and hold onto a 5cm target 10km away. Secondly, the tech had to adapt to the potential obstructions from the near-earth environment. And thirdly, network planning can make sure Taara is implemented in the regions it is best suited (which are, of course, places with good visibility). 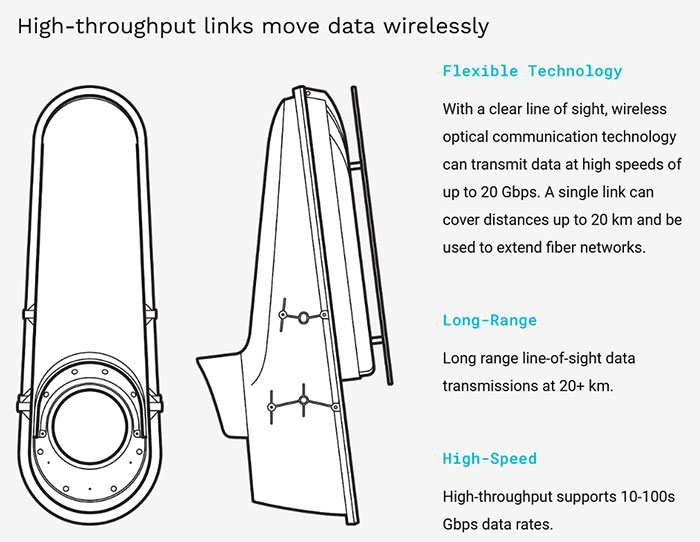 Using the Project Taara links across the Congo River, Alphabet managed to serve nearly 700TB of data over its 20 days trial. The pretty short sub-5km distance, and great visibility (for 99.9 percent availability) helped. Near the end of the blog post, Alphabet mentions that it was able to "deliver high-speed internet (up to 20Gbps) most of the time," via its cross-Congo River WOC link(s). Some other Taara connectivity specs are shared in the diagram above.

Alphabet ends its post by asking network or internet providers wanting to explore how Taara's technology could be used to get in touch. It is good to see that what seems to have been a very successful trial isn't just a short term experiment. Project Taara is already powering some internet expansion initiatives in Kenya, and mountainous areas of India. Project Loon, by contrast, shut down at the start of this year, but at least it was a springboard for Taara.

And Jersey claims the fastest mean download speeds in the world at 274Mbps.

lumireleon
so the future is wireless or fiber into infinity?

It's a useful alternative when geographical layout and other factors lead to issues when laying fibre.
Posted by LSG501 - Fri 17 Sep 2021 14:09
Lets see how it performs when it's wet/windy/foggy, in other words when it isn't a ‘perfect day’ because even places like the congo have ‘bad days’.

If it's anything like satellite signals it will degrade pretty easily when there's something in the way. Hell even current point to point wireless has issues with obstructions.
Posted by Rubarb - Fri 17 Sep 2021 15:46
Only reason I see this as an alteritive is cost, less work and less man hours required to inbstall it.
I bet it wont be cheap for whoever has it tho.