To complement the key specs Asus had added a number of software/firmware features such as; flicker free, GamePlus, GameVisual, and low blue light technologies. The screen also can be fully controlled using Asus Display Widget Windows software, saving you from fiddling with the OSD navigation. 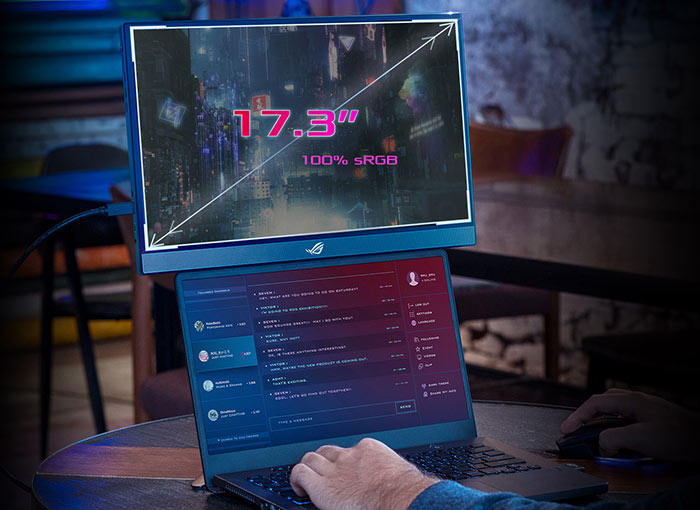 Device connectivity is afforded by micro HDMI, 2x USB Type-C (one which is DP compatible, another for power/charging) and an earphone jack. It has built-in stereo speakers too (2x 1W), as well as an ESS Sabre 9118 digital-to-analogue converter. A built-in battery of 7,800mAh can help you make use of the ROG Strix XG17AHP on the go. Power consumption is <10W when active and running games at 240Hz the battery has enough stamina for about 3.5 hours. It can be powered or charged via one of the USB Type-C ports. 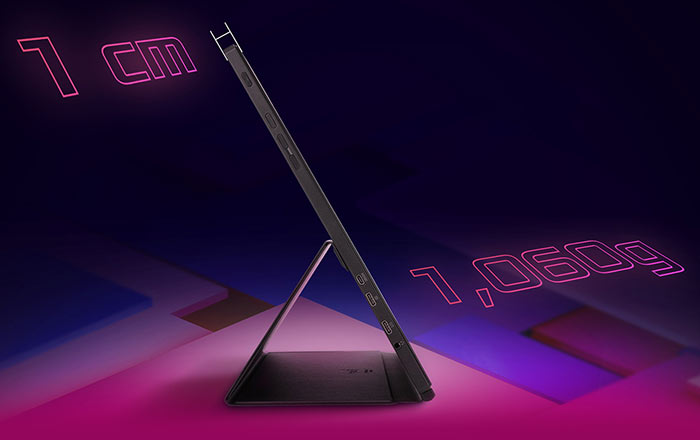 In the package Asus is providing a USB-C cable, power adapter, micro HDMI to HDMI cable, a ZenScreen pen, and the smart cover. The more expensive option (without the E suffix) comes with the ROG Tripod stand.