MSI has announced a couple of new gaming monitors which will join its Optix stable. Both new models leverage PrismSync illumination and SteeSeries GameSense. The new MSI Optix MPG27C and MPG27CQ are identically sized (27-inch) curved monitors differentiated by the resolution of the panel used; 1920 x 1080 pixels, and 2560 x 1440 pixels respectively. As an added bonus for the QHD model, it has a better maximum brightness too; up to 400 nits (rather than up to 250 nits). 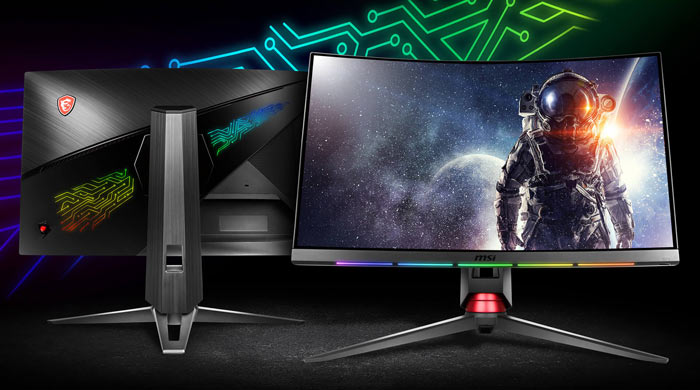 Looking at the main picture above you can immediately see the five RGB light segments along the lower edge of the monitor bezel. These can be programmed by the SteelSeries Engine to notify users of in-game timers, stats, cooldowns or even Discord notifications. Around the back of the monitor you can see the more decorative 'Mystic Light' RGB lighting and ambient lighting effects source.

The major differences between the MSI Optix MPG27C and MPG27CQ were mentioned in the intro, other than that the monitors have a lot in common such as; 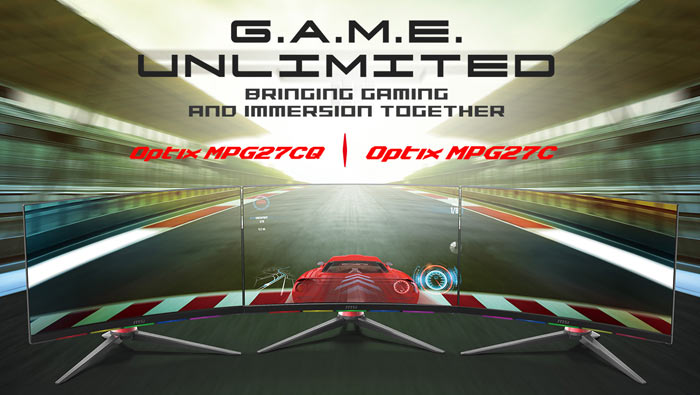 In addition to the features and specs above, the monitors both feature gaming overlays such as crosshairs, low blue light and anti-flicker tech.

Lord Midas;3929849
Would've been more impressive if they also had a 34" ultrawide (with the same specs).

PrismSync gives you the power to coordinate multi-color lighting effects between all your SteelSeries Prism-enabled gear. Easily set unified lighting for your illuminated headset, mouse, RGB keyboard and QcK Prism.

Lord Midas;3929849
Q: Is this Prismsync an alternative to Free/G Syncs?

Seems to be an RGB LED thing.

DanceswithUnix
Seems to be an RGB LED thing.

Edit: Beaten by the moose :D

DanceswithUnix
Seems to be an RGB LED thing.

Edit: Beaten by the moose :D

Time to take that coat and head for the door… ;)

Other than that, I agree the ‘Q’ model looks interesting. I wonder if it's going to be a (panel) lottery to get a proper one as seems usual for gaming monitors these days.