MSI has just announced a new Intel Z490 motherboard for Socket 1200 / Intel 10th gen Core processors. The new MSI MPG Z490 Carbon EK X is fruit of a partnership with premium PC water cooling specialists EK Water Blocks. You might have guessed as much from the product name. MSI and EK have previously collaborated on products including the liquid cooled MSI Sea Hawk EK X GPU. 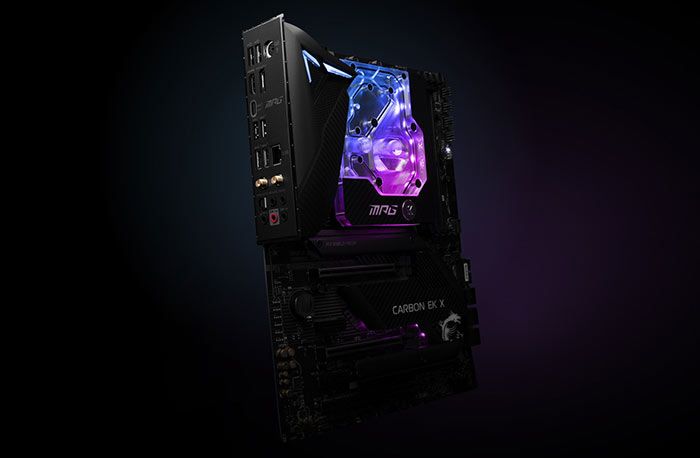 Edvard König, founder of EK, says that alongside MSI is firm has been able to "bring a liquid-cooled gaming motherboard to the mainstream market and truly change the game". MSI's Ted Hung added that the new motherboard represents a "great combo product for gamers".

The collaborative product is rather distinctive with the cool dark MSI carbon fibre features, complemented by the collaboratively designed Perspex and carbon fibre accented monoblock - which is designed to cool both the CPU and VRM. MSI Mystic Light RGB on both motherboard and monoblock provides 16.8 million colours and 29 effects with unlimited customisation available. 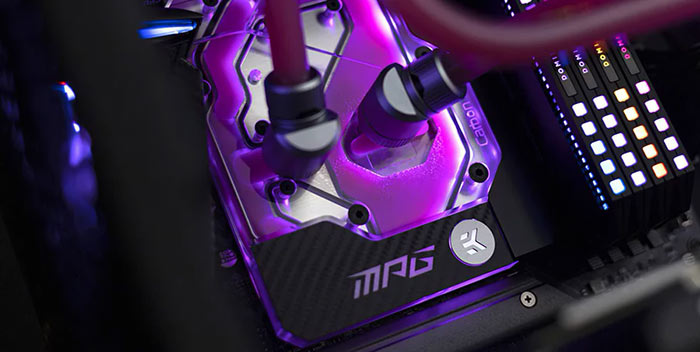 Thanks to its aggressive VRM design built with a digital CPU power system, dual power connectors, and MSI Core Boost technology, this motherboard is claimed to be capable of sustain the highest performance for 10th gen Intel Core processors. This should make it an interesting option for enthusiasts and gamers who are interested in building a water cooled rig. 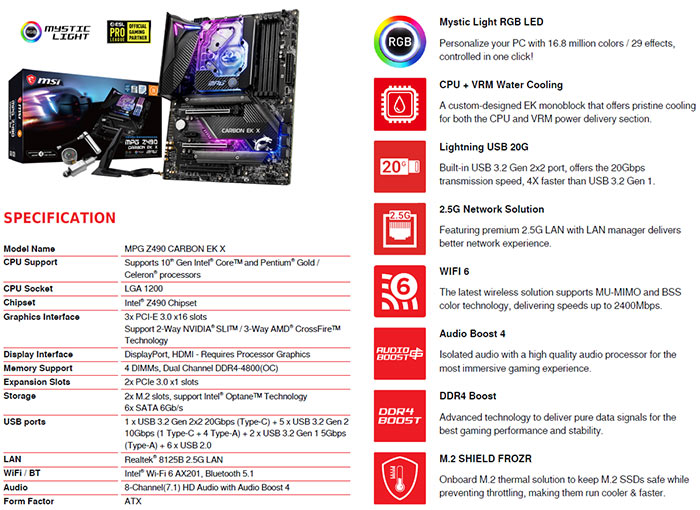 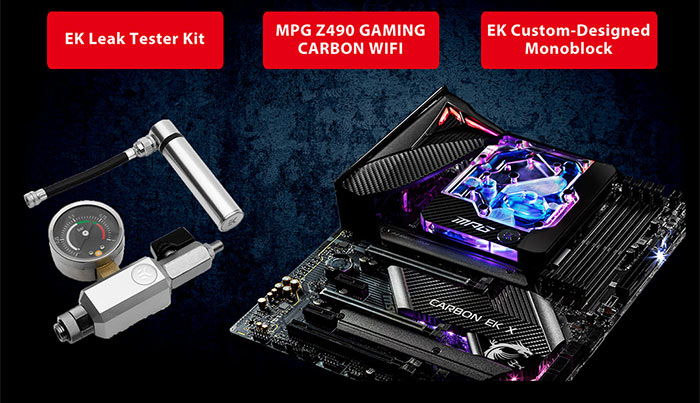 While you might be bracing yourself for pricing details, in the light of many recent shocks in this respect, the MSI MPG Z490 Carbon EK X motherboard "starts at a reasonable $399.99," says MSI. Availability is via the usual MSI network of partners and the EK Webshop (pre-order €453.68). You can visit the official product page here for more info.