With the powerful many multi-threaded AMD Ryzen Threadripper 3960X and 3970X processors fresh out of the gates, there were bound to be some records broken in short order. No surprise then, that Asus has shared some spectacular Threadripper 3970X benchmarking feats, undertaken using AMD's currently fastest HEDT CPU, hoping to cross-promote its feature-packed motherboards. 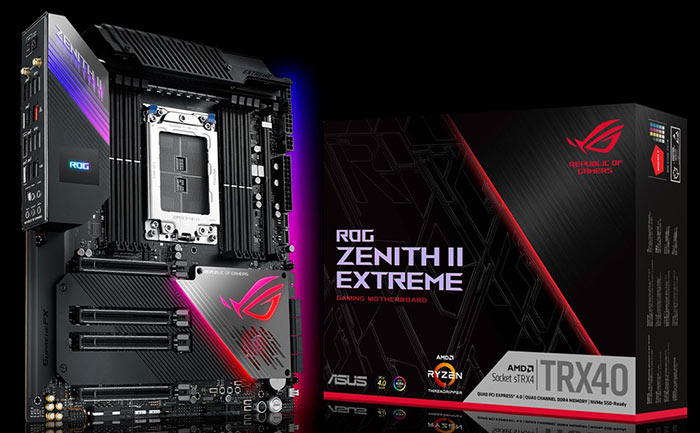 In particular, Asus highlights the capabilities of the new ROG Zenith II Extreme TRX40 motherboard which was fitted with an AMD Ryzen Threadripper 3970X processor by several OC experts at an event in Taiwan today. This hardware combo scalped 11 important new world records including the highly prized first places in Geekbench multi-core, Cinebench, GPUPI, and wPrime. 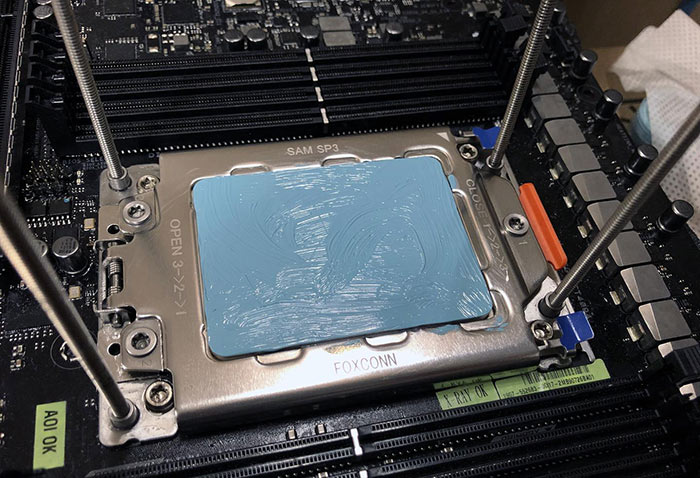 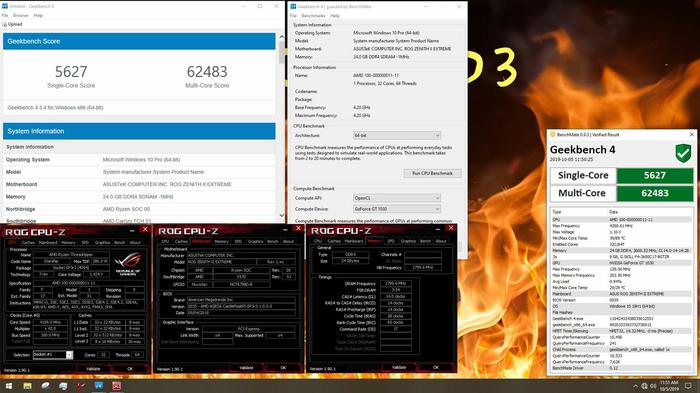 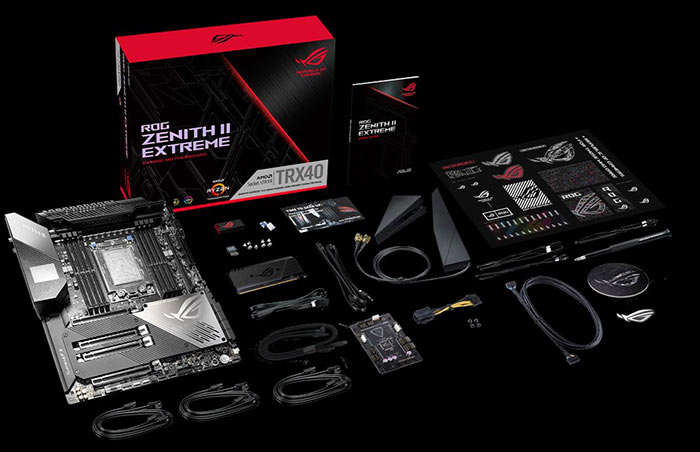 Asus says that the above table and stellar results from day one OC attempts shows that its ROG Zenith II Extreme is a great choice "to unleash the full force of the latest 3rd Generation Ryzen Threadripper processors". You can read more about this motherboard via its official product pages. In summary, it offers sixteen TDA21472 power stages with actively cooled heatsinks, plus the platform's class-leading PCIe 4.0 lane count spread across a selection of M.2 and expansion slots, while utilising the latest onboard controllers to fuel 10G Ethernet, USB 3.2 Gen 2 and Wi-Fi 6 - with an Aura Sync RGB cherry on top.

philehidiot
my next build. With all these threads and memory bandwidth, i might finally be able to use chrome as my browser.

lmao
Posted by EZLEE - Sun 29 Dec 2019 14:36
I gave up competitive OC'ing back on my Katmai 450mhz years ago, held the WR for many years but gave up the OC just for a benchmark game, to concentrate on 24/7 use. Still bring out my Vapochill occasionally just to see how today's processors handle a bit of sub zero 24/7.