Earlier in the week we had a look at some highlights of the Asus ROG laptop presentation for CES 2021. This particular components and systems maker appears to have significantly shifted the majority of its premium gaming laptop designs from Intel to AMD, as well as upgrading graphics to RTX 30, and introducing new screens and other new designs.

Gigabyte has been more cautious in its revamped laptop designs at CES 2021, but they are still worth looking at as they are worthwhile improvements of some very alluring designs in the Aorus gaming and Aero content creation series.

The biggest change for Gigabyte laptops across the board in 2021 is the introduction of discrete Nvidia GeForce RTX 30 series graphics. The Ampere GPU architecture is a very worthwhile generational improvement on the desktop (if you can buy one) and it is likely to be a similarly attractive change-up in its mobile incarnations (we shall see when third party reviews emerge). 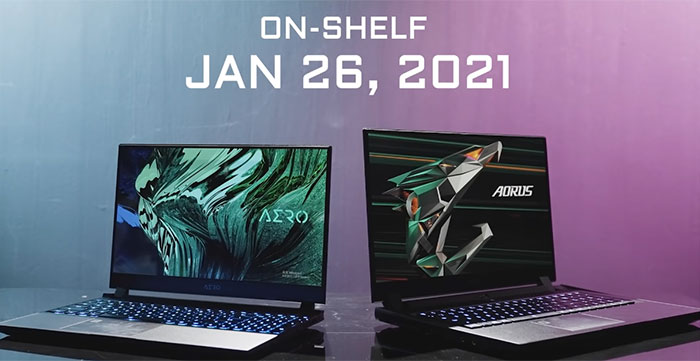 As for the CPUs in these new Gigabyte laptops, as per our sub headline Aorus gaming and Aero content creation laptops are sticking with Intel at this time. Earlier in the week Intel launched its 11th Gen Core Tiger Lake H35 chips for gaming laptops but there are targeting 'Ultraportable Gaming' and not appropriate here, so Gigabyte's refreshes are using up to the Intel Core i7-10870H in the gaming segment and the Core i-10980HK in the content creation refreshes. 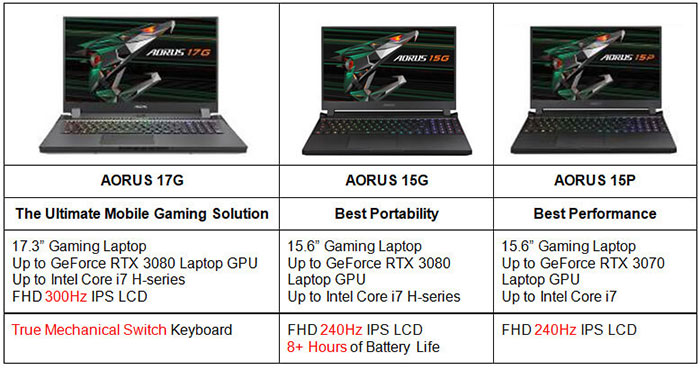 With the new Aorus laptops you can see Gigabyte highlighting the screen changes to the range in red text. I don't know what the Aorus 17G has highlighted the true mech keyboard this way as that carries over from the previous gen. You can see IPS screens with up to 300Hz are going to be made available for gamers.

Gigabyte's Aero laptops for content creators are also getting up to RTX 3080 mobile GPU upgrades, and you can see the options form the product matrix image. Probably the highlight of the new Aero series is the model sporting the 15-inch Samsung OLED panel which is VESA DisplayHDR 400 True Black certified and covers 100 per cent of the DCI-P3 colour gamut. Meanwhile, whatever Aero you choose, every panel is factory calibrated before shipping, so it is ready for production as soon as you turn it on, says Gigabyte.

Other key attractions of the Aero series worth a mention are the; HDMI 2.1, miniDP and Thunderbolt 3 interfaces for image output, and a UHS-II SD card reader designed for photographers.

Revamped laptops being released at end of January 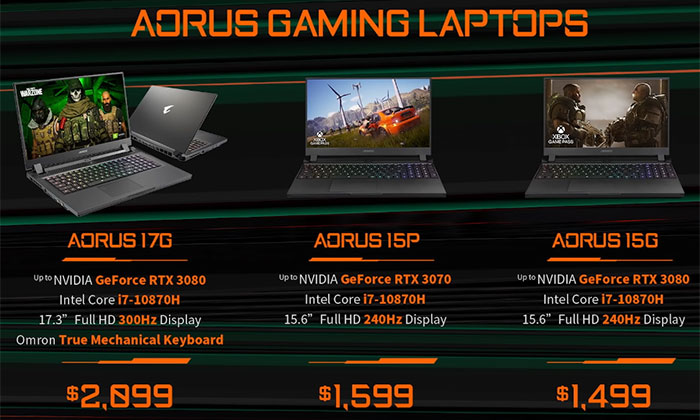 You can see the proposed USD pricing as well as the key specs of the Aorus and Aero portables above and below. 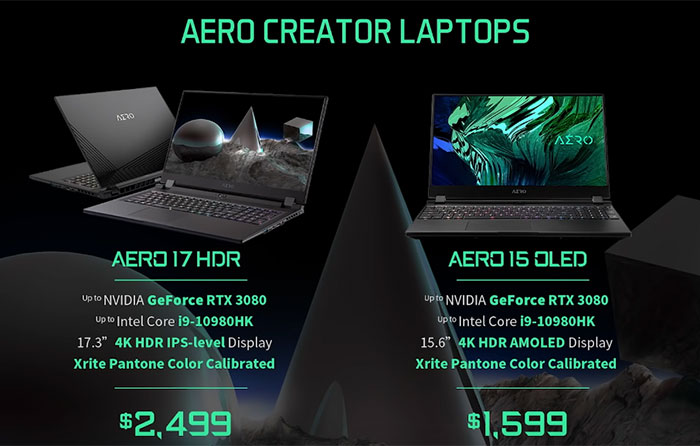 Other Gigabyte news from CES 2021 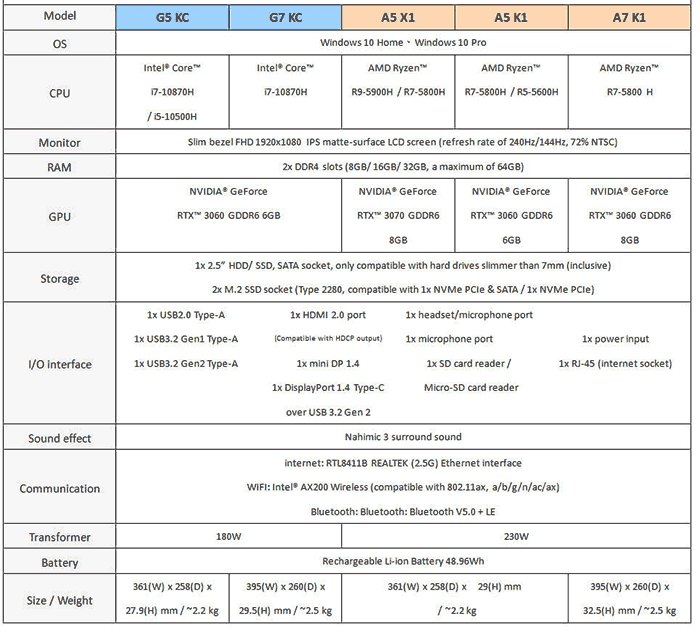 I don't have prices for these mid-rangers, but they are claimed to be available for pre-order now, just like the Aorus / Aero series.