MSI has announced that its Prestige 14 and 15 will feature Intel's most powerful 10th Gen Core i7 processors, previously codenamed Comet Lake, which were launched just yesterday. These creator laptops, which adhere to MSI's dream-weaver design language, feature up to 10th Gen Intel Core i7 processors with 6C/12T, and MSI's True Pixel display technology. 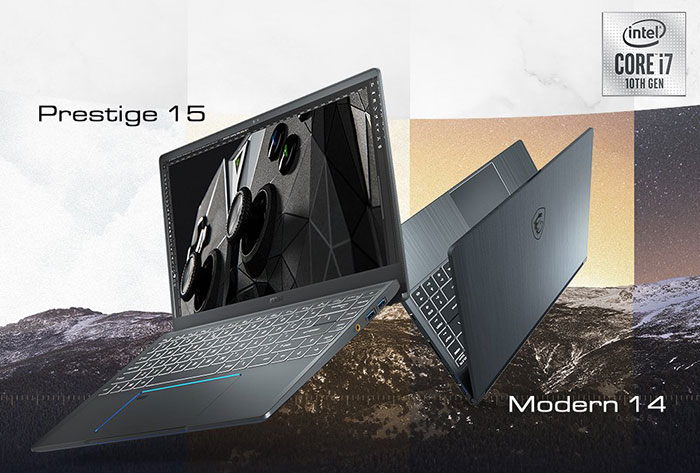 MSI toes the line that using Intel's new 10th gen processor lineup can deliver up to a 50 per cent performance uplift (thanks to having up to 50 per cent more cores). This should mean a more fluid creative workflow, especially during multi-threaded processing. In particular MSI reckons creators working in multiple computer programs, demanding 2D and 3D programs, or even video editing will be much better off with a new Comet Lake Prestige laptop.

Some performance examples were put forward by MSI. Photoshop "is accelerated up to 40 per cent, compared to its predecessor while using a certain filter," it weakly boasts. Furthermore, the new Nvidia GTX 16 graphics chips in these laptops can boost apps like Premiere - facilitating faster rendering and 4K video previews - up to 4x faster than previous gen laptops.

As mentioned in the intro, a further strength of the new MSI Prestige 14 and 15 creator laptops is the MSI True Pixel IPS display. These 4K screens are CalMAN verified factory calibrated, and offer 100 per cent AdobeRGB and Delta-E<2. MSI says the Prestige 14 and 15 offer around a 90 per cent screen-to-body-ratio.

Portability is a strength of the Prestige 14 and 15, which weigh only 1.2kg and 1.6kg respectively. You can leave the charger at home with the Prestige 15 allowing up to 16 hours of battery life, while the Prestige 14 can keep going for up to 10 hours. The design features a slim sandblasted aluminium chassis, an elevated backlit keyboard with 1.5mm key travel, and a 180 degree hinge. Other modern attractions are the twin Thunderbolt 3 ports and Wi-Fi 6 connectivity.

Initially the MSI Prestige 14 and 15 will be available in carbon grey with diamond cut blue accents. A white version is coming soon too, says MSI.

MSI has also launched the Modern 14 which sounds like it is aimed at the less demanding creator. For example the processor and graphics options are a step down from the prestige series, as are the screen and storage options. However with good portability (15.9mm thick, 1.19kg, and 10 hours battery) and similar looks to the Prestige these could find a following. 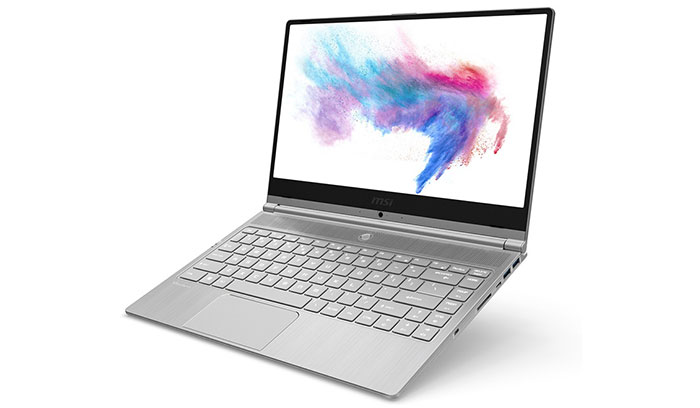 MSI will showcase the Prestige 14 and 15 and Modern 14 range with Intel at the IFA exhibition from 6th to 11th September. Hopefully we will learn more about pricing and availability at that time.

Asus ZenBook 13 OLED UM325S Asus TUF Dash F15 with GeForce RTX 3050 listed on Amazon QOTW: Do you use any PCIe slot other than primary x16? HEXUS Week In Review: Arctic, G.Skill and Noctua coolers Intel employee Tweets "DG2 is right around the corner"

Where is it at 749? please provide a link or type the name of the etailer, because, there are none I see at 749 as you suggest. thanks