MSI first unveiled the GT76 Titan at Computex 2019, earlier in the summer. This is the pinnacle of MSI's gaming laptop designs and the MSI GT76 Titan DT packs an overclockable Intel i9 9900K-series desktop processor, up to GeForce RTX 2080 graphics, a beefy cooling system, and more - all in an RGB lit sportscar inspired chassis. 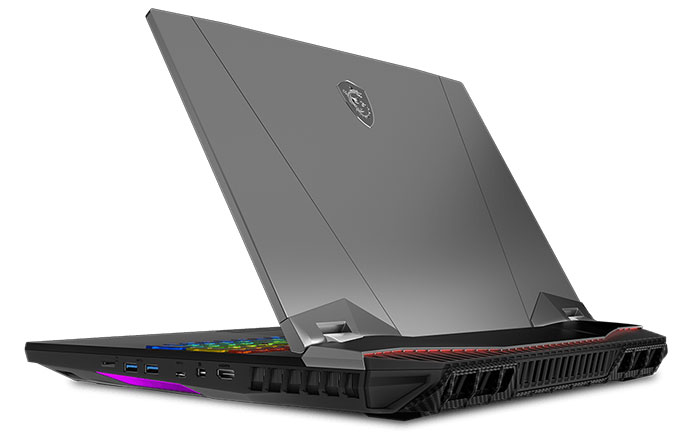 The previous gen MSI GT75 Titan used Intel's 45W Core i9-8950HK processor, and the move to a socketed desktop 95W Core i9-9900K is one of the biggest changes in the GT76 Titan. To cope with the extra power in the confined chassis of a laptop, MSI has followed through with a significant cooling system upgrade featuring 4x fans and 11 heatpipes which it says "generates 2.25-fold air flow," compared to the previous generation. 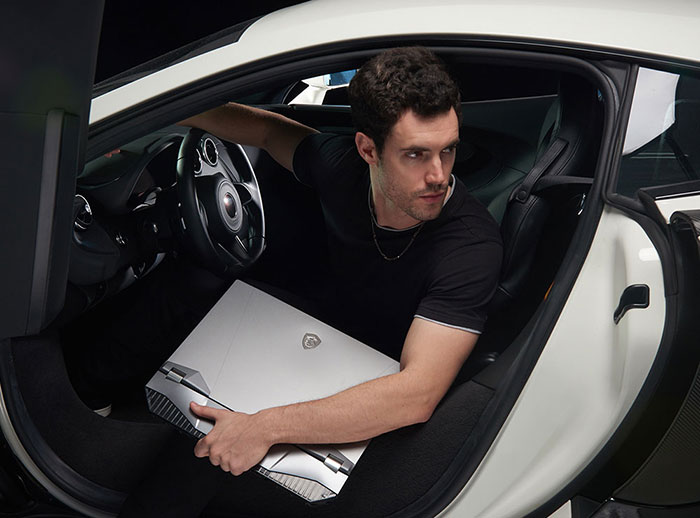 An at-a-glance feature list for the MSI GT76 Titan follows: 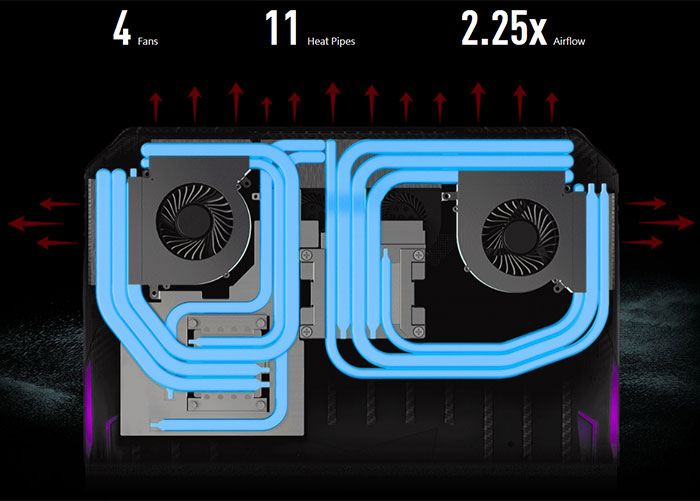 As per our headline this laptop is now starting to appear in stores stateside. I've checked a number of places where it was supposed to be in stock but only found it was available via an outlet called HID Evolution where it was listed in an 144Hz FHD screen configuration using the RTX 2080, 64GB of DDR4, Super RAID 4 (2x 512GB) PCIe NVMe SSDs, plus 1TB 7200RPM HDD for US$3999. There were other builds listed with RTX 2070 and 4K screen options.