MSI today launched a 17-inch gaming laptop. The new MSI GF75 Thin attempts to break away from rival offerings by taking the popular thin and light route, whilst retaining enough FHD gaming prowess to earn its LED lit gaming stripes. Of course, thin and light designs require a careful balance of component choice, chassis design and cooling considerations, so let us look into what MSI has delivered here. 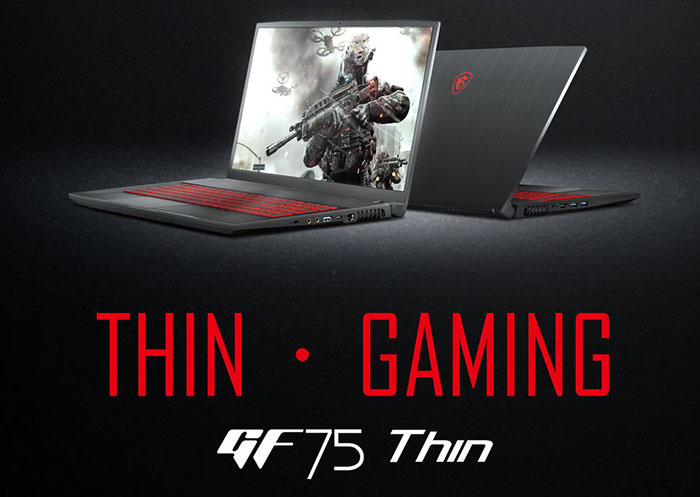 In its press release MSI highlights the drop-down hinge design of the GF72 Thin. It says this is the first 17-incher with this design, which is thought to be good for ergonomics and cooling as it raises the keyboard and provides clearance under the rear. At just 2.2kg, and only 22mm, MSI GF75 Thin "breaks the stereotype of bulky 17-inch laptop," says the parts and systems maker. Furthermore, the thin bezels, and 88 per cent screen to body ratio aids with immersion and system compactness.

While MSI claims that it has made "no compromise for gaming," that is obviously folly as it has chosen relatively power efficient parts and made lots of design decisions, by its own admission, to keep the system running cool. The CPU behind the GF72 Thin is configurable up to the capable Intel Core i7-8750H with 6C/12T, max turbo of 4.1GHz, and TDP of between 35 and 45W. MSI has restricted the GPU choice to the power efficient Nvidia GeForce GTX 1050 Ti Max-Q (MSI GF75 8RD) or GTX 1050 (MSI GF75 8RC) - both with 4GB GDDR5. 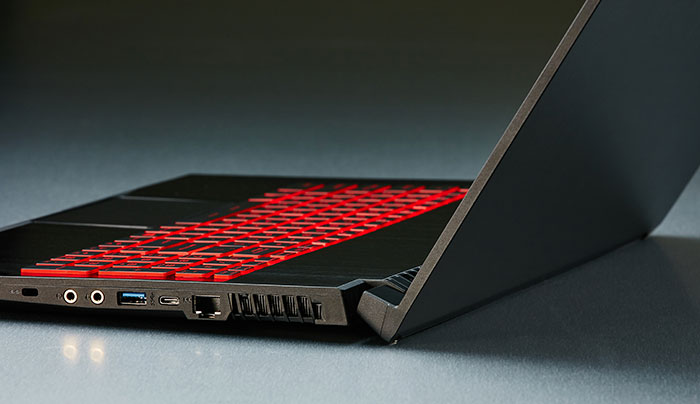 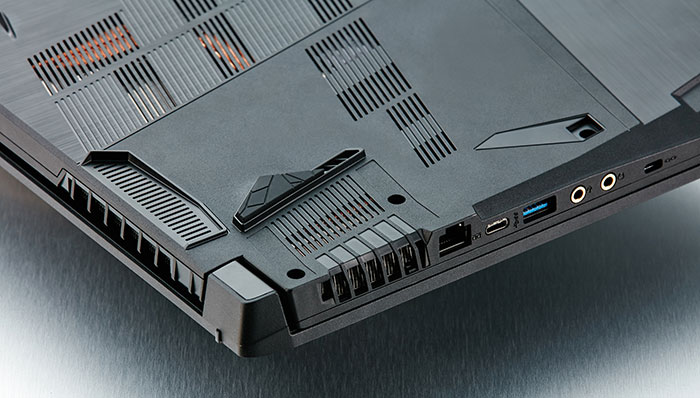 On to the cooling solution, MSI has fitted a cooling system comprised of two fans and four heat pipes and its Cooler Boost 3 technology. The design features plenty of vents; back sides, and underneath. This solution is enough to keep "CPU and GPU at work without throttling," according to the laptop maker. Tweaking of fan profiles and other under-the-bonnet adjustments can be made with the supplied MSI Dragon Centre. 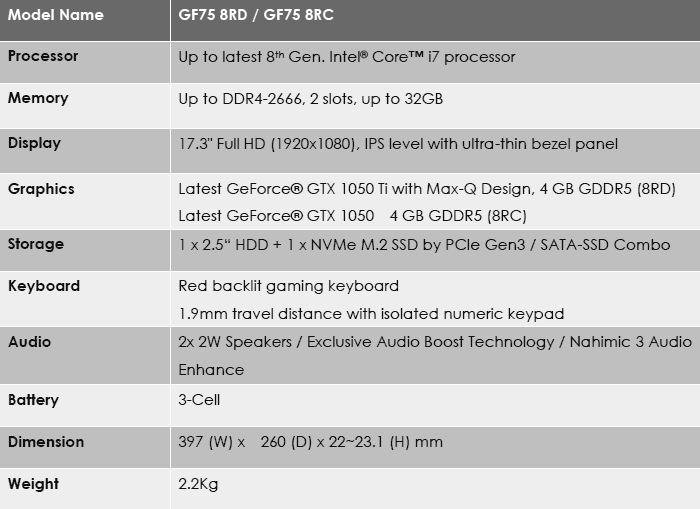 Pricing and availability are yet to be revealed by MSI.

Posted by Wrinkly - Mon 10 Dec 2018 16:24
Not the best design when considering airflow.
Posted by ET3D - Tue 11 Dec 2018 08:09
Looks like it would be a great replacement for the Lenovo Y70-70 I own and hate.
Posted by Zhaoman - Tue 11 Dec 2018 10:43
It's the same year after year with these thin “gaming” laptops. They say there is enough airflow with new snazzy fans and some new “revolutionary” cooling design but it turns out there really isn't (because just look at it); when gaming all those high spec parts just throttle to hell and you're left having paid big bucks for shiny hardware that performs effectively like a netbook. Very happy to be proven wrong though! I'm very much looking forward to a true thin and light gaming laptop.
Posted by Macman - Tue 11 Dec 2018 10:48
Mines runs pretty well on max settings PUBG, Forza, EVE Online or CSGO. While running other applications in the background. Don't regret buying my laptop one bit.