You are here:
Laptop Retailers News

I've just checked here in the UK, and at the time of writing I can't find a way to pre-order the 15-inch version of the Surface Book 2 - we will have to wait for the offer to go live later. At the same time, info on pricing and shipping should be available.

The Surface Book 2 features powerful hardware in a svelte chassis. Good portable performance is provided by the latest Intel 8th Generation Intel Core Processors and Nvidia GeForce GTX 1050 and 1060 discrete graphics (the 13-inch version doesn't have a GTX 1060 option). The Surface 2 laptops can run for up to 17 hours between charges, offer multi-mode use with their 360-degree hinges, and work well for creatives with touch, Surface Pen and Surface Dial input. 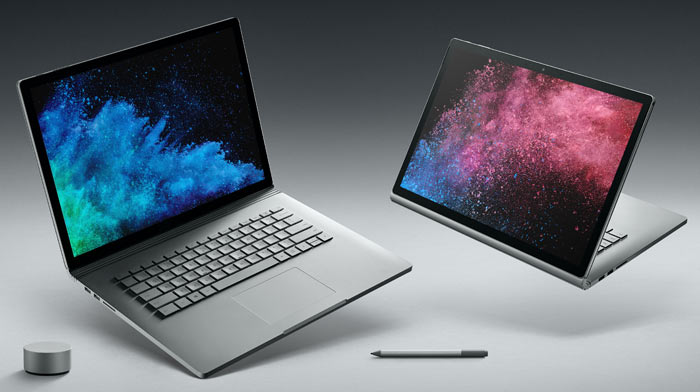 8 Google releases the Pixelbook Go in the UK

And it is still showing off its foldable ThinkPad X1 and Motorola Razr smartphones.