One of only two Qualcomm Snapdragon 835-powered Always Connected PCs, shown off at the recent 2nd annual Snapdragon Technology Summit in Hawaii, was the Asus NovaGo (TP370) Gigabit LTE-capable laptop. Further details about this ultrathin and light "new breed of laptop" with always on connectivityhave since been shared in an email to HEXUS.

Highlighting the importance of this release to Asus, company CEO Jerry Shen took time out to go to Hawaii and participate in the Qualcomm keynote. Referring specifically to the Asus NovaGo, Shen summed up the new PC as "a convertible laptop with leading Gigabit LTE connectivity and battery life that revolutionizes what the personal PC can be for consumers". Additionally, product highlights shared with HEXUS were as follows: 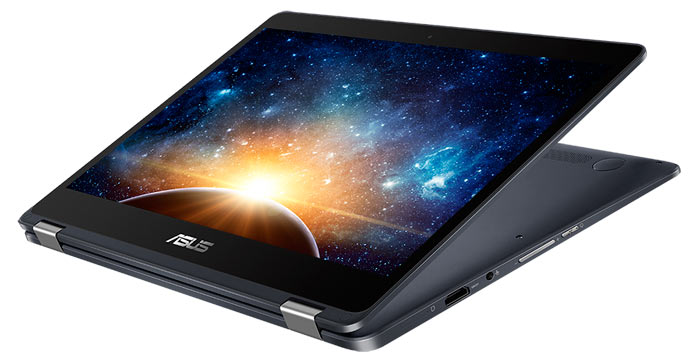 On the topic of connectivity, the NovaGo leverages a Snapdragon X16 LTE modem for download speeds of up to 1Gbps, 3x to 7x faster than average broadband speeds, according to Asus. The X16 should be usable worldwide with its broad support for cellular bands. It boasts four antennas ensure ultrafast connectivity through LTE Advanced Cat 16 cellular networking, plus dual-band 802.11ac Wi-Fi and MU-MIMO technology. Interestingly the NovaGo supports Embedded SIM (eSIM) and Nano SIM. eSIM is said to offer the convenience of activating a local data plan "the moment you step off the plane" via the Windows Store. 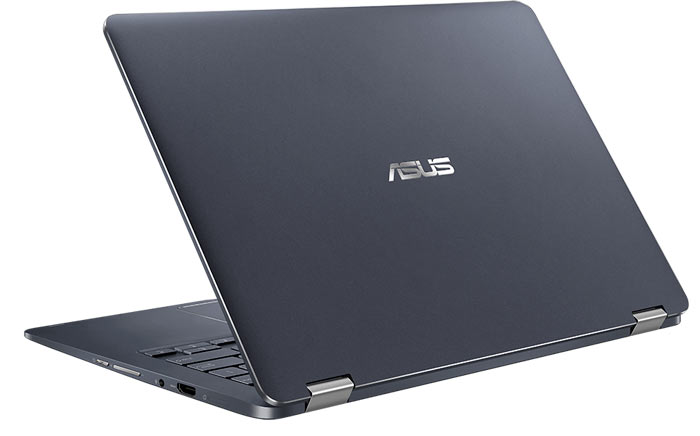 Other key specs Asus wishes us to draw your attention to, and are closely watched by any prospective laptop buyer, are as follows: 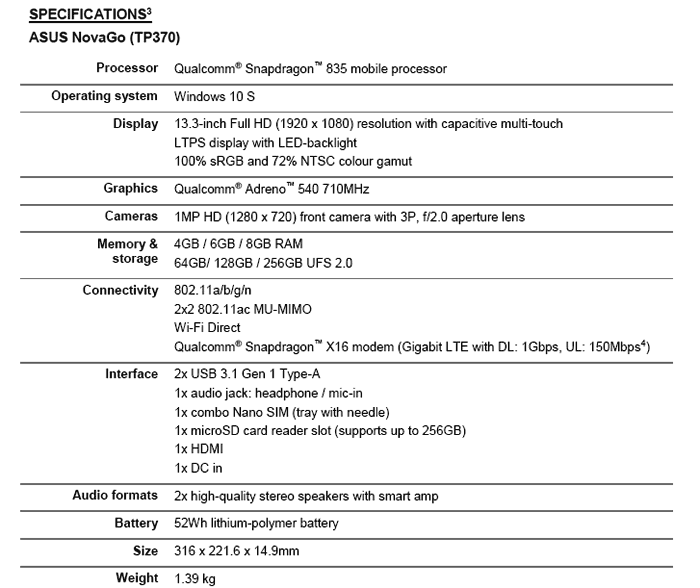 If you are interested in the Asus NovaGo, yesterday we revealed the pricing would be in the region of US$599 with 4GB RAM / 64GB UFS2.0 storage (or an 8GB RAM / 256GB storage model at US$799). From its email to HEXUS it looks like Asus will be selling many devices via mobile telecoms companies in addition to more traditional PC hardware outlets. The first machines will arrive on the shores of the United States, United Kingdom, Italy, France, Germany, mainland China, and Taiwan. For the UK we are looking at an "early spring" retail release. 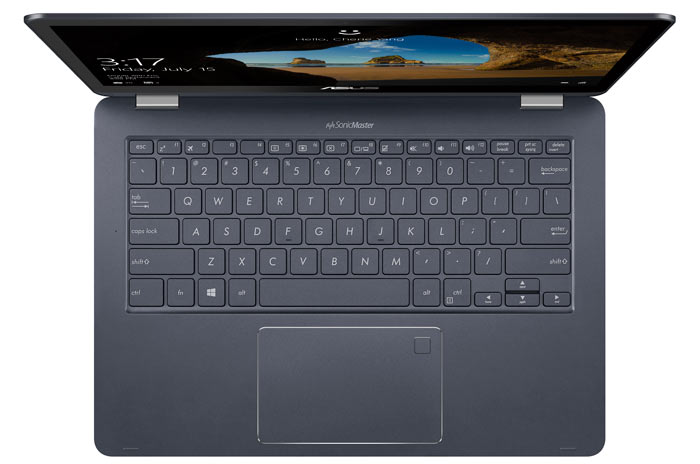 Max 8GB RAM? So it's definitely just for web browsing and office then.

I don't see a SD 835 being able to really utilize more than 8GB with any applications it can run.

Then again, I have an Android device next to me with 8GB of RAM and an 835, as well as 5h of constant use. You'd think they could have fit more in a device ~10x the size and weight.