Many tech enthusiasts are very much fed up with the current situation with regard to chip shortages. The situation is such that new versions of CPUs and GPUs that we have waited patiently for months to arrive still aren't available to actually buy after launch/release dates have long sailed by. Pouring hot oil on that already burning consumer sore are the inflated prices of components one might have decided to choose to make-do, or get-by with, as you wait. Even aged GPUs like the AMD Radeon RX 480 and RX 580 are selling on the used market in the UK for as much as twice their original MSRPs.

In addition to the weight of (first world) suffering in the current market situation, there is the looming uncertainty of if/when things will get 'back to normal' to contend with. If one had a good idea when PC chip shortages might ease you could plan upgrades and new builds - to scratch that must-have-faster-PC itch. Perhaps a new report from Taiwan's DigiTimes can help show some light at the end of the tunnel with regard to this… 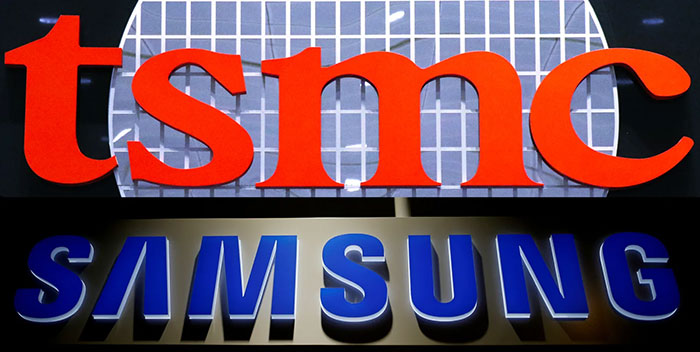 According to CK Tseng, the president of Arm Taiwan, chip shortages will start to ease in H1 2022. The local Arm boss was speaking at a press conference in Taipei on Wednesday, as part of the publicity around the launch of the Armv9 architecture – its first major architectural change in a decade.

Arm and its partners like Foxconn, Marvell, MediaTek, Nvidia, Qualcomm, NXP, and Oppo have a lot of experience of booking Samsung and TSMC contract semiconductor manufacturing so have insights on plans and roadmaps that we don't have access to. So the foresight and opinion of Arm's president in Taiwan should carry some significant weight.

Certainly smart business operators like Samsung and TSMC must be feeling a degree of pain from having so much demand out there they can't keep up with – a kind of 'opportunity lost cost'. However, HEXUS has reported on multiple occasions with regard to the plans these businesses have to expand capacity and march forward with new manufacturing processes. For example, earlier this week we were pleased to report on TSMC running ahead of its N4 manufacturing schedule with new factories opening and commissioning early.

yeeeeman
shortages are good for business. more money to be made

Short term yes - long term no. What we will see though is mahoosive price rises for genuine new tech until 1H22