A report published by Taiwan's Commercial Times newspaper provides an interesting glance at the future, with a list of TSMC N5 and N5+ customers plus their respective chip designs. TSMC's N5 node will begin mass production starting in Q3 this year and the Commercial Times provides a timetable of node allocation starting later this year with orders from Apple and Huawei being fulfilled first.

Twitter's RetiredEngineer provides a copy of the newspaper piece, translated paragraph by paragraph. Or if you can prefer you can pipe the source article through a translation site of your choice. However, the clearest, and quickest way to get a grasp on the news is looking at RetiredEngineer's translation of the roadmap image, something that would be ignored by a site like Google Translate if you just past in the URL.

You can see that TSMC's 5nm node allocation will be split by Apple and Huawei this year. These orders are expected to generate 10 per cent of all TSMC revenue this year. Apparently TSMC is confident it is the only foundry that can mass produce and supply 5nm chips this year.

As we move into 2021, Commercial Times sources indicate that TSMC N5 orders will "explode". In the table above you can see a long list of customers and specific orders. Highlights for PC enthusiasts include; AMD Zen 4 CPUs and RDNA 3 GPUs, Nvidia Hopper GPUs, and Intel Xe GPUs. Smartphone aficionados will be similarly excited at the prospects of 5nm Snapdragon 875 and Apple A15 processors on the way. 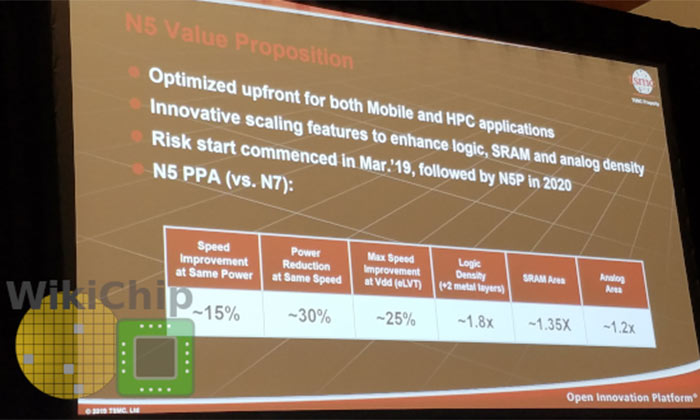 In 2021, TSMC 5nm component sales are expected to generate 25 to 30 per cent of the firm's total revenue. The firm has already begun construction of its next-gen 3nm fab and announced R&D plans for 2nm nearly a year ago.

Posted by Tabbykatze - Tue 12 May 2020 14:38
Well, if the 3 major GPU manufacturers all use the same node from the same manufacturer at the same time then we can completely omit the node as variable from performance testing.

watercooled
To my knowledge, TSMC has never allowed one company to monopolise its capacity for a given node.

Unless they were Apple ;)
Posted by watercooled - Wed 13 May 2020 12:52
I don't recall them ever doing it with Apple either. Apple may be one of the early adopters given they're buying mobile processors and willing to shoulder the losses early in the yield ramp, but it's not the same as exclusivity.