As widely expected, and quite thoroughly leaked, Nvidia took the wraps off its GeForce RTX 3080 Ti and GeForce RTX 3070 Ti graphics cards at a Computex event earlier today. You won't find a lot of surprises here as both of these LHR cards slot into the obvious gaps in the existing RTX 30 range of PC graphics cards. Thus, to spice up proceedings, Nvidia had some other news to please gamers, like DLSS tech coming soon to popular games like Red Dead Redemption 2, Doom Eternal, and Rainbow Six Siege.

The new GeForce RTX 3080 Ti has been dubbed by the "New Gaming Flagship" by the green team. This isn't surprising given it sits between the gaming focussed RTX 3080 and content creator focussed RTX 3090 in price and specs. Thankfully, as readers digest this news and await third party reviews, Nvidia has fully filled us in with regard to specs, its own performance comparison tests, availability, and suggested retail pricing. 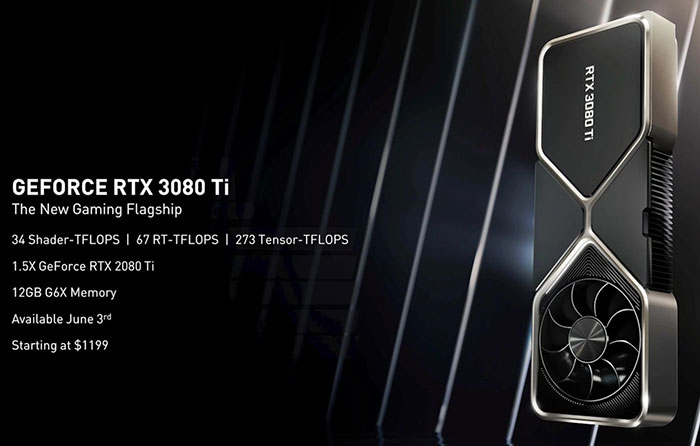 Nvidia is seeking to demonstrate the value of the GeForce RTX 3080 Ti by comparing it with previous gen Ti flagships, as you can see below. In the comparison table the games have been run at 4K with all the settings cranked up to max. Modern ray traced titles appear to bring the GTX 1080 Ti to its knees but if you turn off raytracing and have the option to apple AMD's FSR tech you might get much more favourable frame rates on this older flagship…

Nvidia's GeForce RTX 3080 Ti is released very soon – on Thursday 3rd June, with third party reviews published from tomorrow. MSRP is US$1,199 Both this and the RTX 3070 Ti will be available as Founder Edition models and custom boards — including stock-clocked and factory-overclocked models from the likes of Asus, EVGA, Gigabyte, MSI, Palit, and so on.

Nvidia says that the RTX 3070 has been its best-selling graphics card of the generation so far, so it is pleased to turbocharge it and present it to gamers needing a modicum of extra performance. As well as adding in a health extra portion of CUDA cores, the Ti version adds GDDR6X memory. 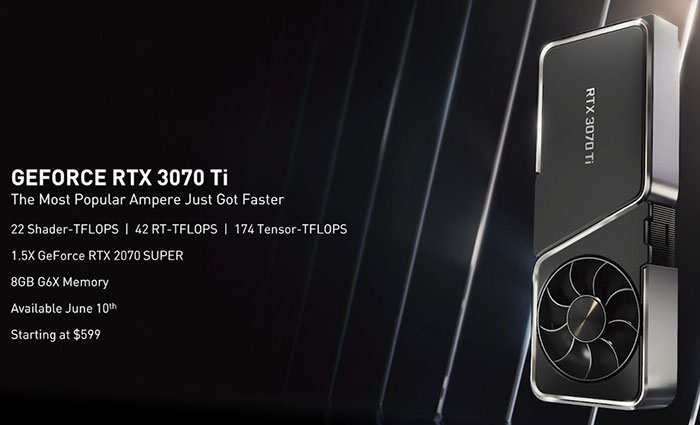 Again, comparing to previous gen GPUs, you can ponder over the official chart from Nvidia below. Nvidia says that the overall performance increase here means the new RTX 3070 Ti is demonstrably an average of 1.5x faster than the RTX 2070 Super, and 2x faster than the GTX 1070 Ti. 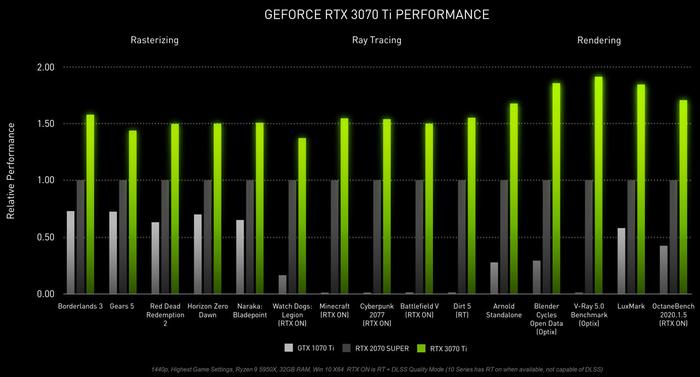 Nvidia's GeForce RTX 3070 Ti is scheduled to be released on 10th June starting at US$599. Again there will be a Founders Edition and partner custom designs available.

Nvidia is doing its best to keep the momentum behind developer support of its proprietary technologies like DLSS and Reflex. In an update alongside the new hardware announcements, it said that its RTX technologies are supported by over 130 games and applications. 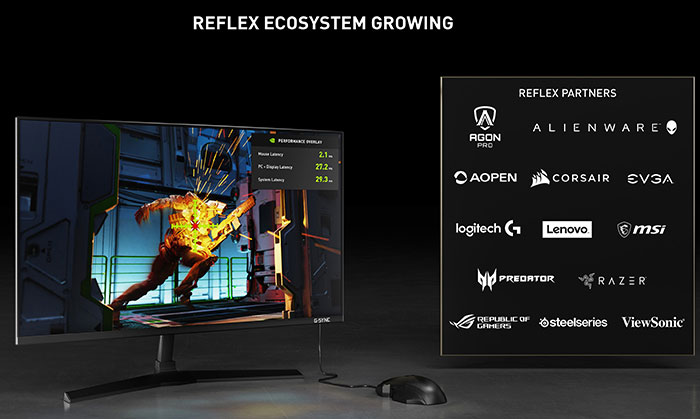 Highlighted upcoming additions are the introduction of RTX tech such as ray tracing, DLSS, and Reflex to the likes of Doom Eternal, Red Dead Redemption 2, Rainbow Six Siege, LEGO Builder's Journey, DYING : 1983, Icarus, The Ascent, and The Persistence – soon. Nvidia adds that its Reflex latency minimising tech is now present in 12 of the top 15 competitive shooters available on PC.

Kovoet
These prices are becoming a joke.

Yep indeed…it's bonkers. £1049 MSRP for this is a heck of a lot - and scalpers will be charging double that.

I almost wish that 4k gaming had never been pushed so hard - in reality you don't need these cards for 1080p or 1440p gaming, and both of those resolutions are perfectly fine for pretty much everyone…and we could still be buying (the already expensive) £600 top end cards and be just about content. Even with raytracing on.

Spud1
Yep indeed…it's bonkers. £1049 MSRP for this is a heck of a lot - and scalpers will be charging double that.