Nvidia is expected to begin releasing its version 470 drivers starting in a few weeks time (current GeForce driver is version 466.47). Phoronix reports that Linux users are looking forward to the new series as it will deliver "better Wayland support," but the updated CUDA documentation informs us that the v470 drivers will be the last to offer support for Nvidia Kepler GPUs. 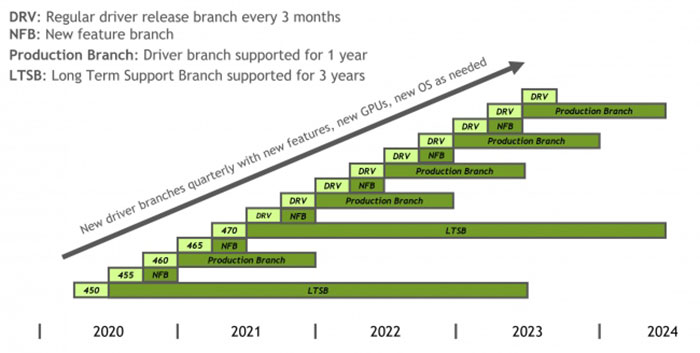 The Nvidia version 470 driver series will likely run until Q4 this year, but after these drivers are succeeded by the next series it doesn't mean your Kepler GPU packing graphics card will become useless. All that happens is you won't get support / optimisations for the latest games and GeForce features. Nvidia will move Kepler GPUs to the long-term driver support branch "where it will be maintained with new kernel support, operating system compatibility, and bug fixes for a period of about three years," notes Phoronix. So, these old GPUs will still be good for pootling around in older titles for years to come.

How do you know if you have an Nvidia Kepler GPU in your PC desktop or laptop? Kepler spanned multiple GeForce generations, so it isn't that simple to look at your GPU model/code number and immediately know if you have one of these 'GK10X' GPUs under the cooler. With regard to Nvidia's desktop graphics cards you will have a Kepler GPU if your GeForce is in the 600 or 700 series of products, or you have the GTX Titan, Titan Black or Titan 2. Notable exceptions are the GeForce GTX 745, GeForce GTX 750, and GeForce GTX 750Ti graphics cards which use 'GM10X' Maxwell GPUs. If you are interested in identifying your laptop GPU, whether it is a Kepler GPU or not, Nvidia has provided a helpful list here (spanning GeForce 600M, 700M, 800M, and 900M parts). 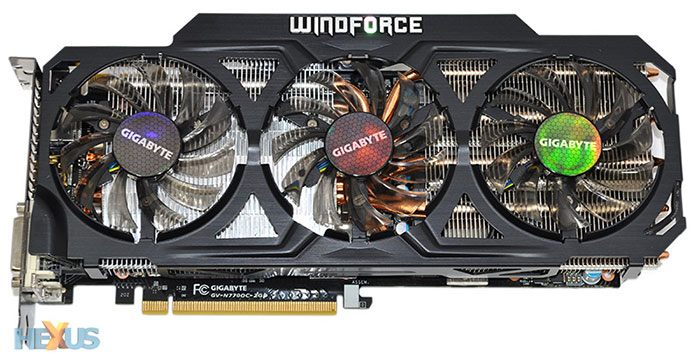 Although the first Kepler GPUs are now about 9 years old, the timing of this announcement doesn't offer great optics for Nvidia. I still see many systems makers shipping desktops with the GeForce GT710 today, and this is simply because it is impossible to source more modern budget graphics cards without paying ridiculous component prices. For folk looking for budget 1080p performance the reissued GTX 1050 Ti, for example, is still nearly twice as expensive as the similarly performing GTX 770 on the second hand market. Finding a new GTX 1050 Ti at this time is not an easy task and pricing is double MSRP if you can.

Posted by Irien - Mon 24 May 2021 13:32
The article makes a good point about 710 type GPUs, esp for AMD builders. For non-gamer PCs, you need a GPU for >4 core AMD CPUs, but if you have to budget more than about 50ukp, then Intel starts looking competitive again. The 710-type cards fitted that bill perfectly - lower cost (still expensive now - used to be around 25-35ukp) GPUs that were competitive/comparable with integrated Intel GPUs for business / non-gamer systems that weren't doing GPU-heavy tasks.

Effectively we now have to go for the 1030 at 60-90ukp. Or just accept old drivers…
Posted by KultiVator - Mon 24 May 2021 17:42
Could take a year or two for the component market to settle down - and that assumes no further mining crazes take hold in the mean time.

1030 don't work on non uefi motherboards effectively anything older than sandy bridge 2500k's will be not working, which is silly imo
Posted by GordonGout - Wed 26 May 2021 08:31
This is true but how long is acceptable to keep tailoring your software to people using 10+ year old hardware?